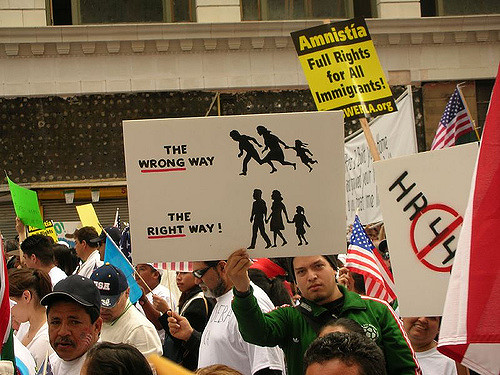 In the tradition of research conducted at the Sociological Observatory of Change on social stratification and segregation, Ettore Recchi has published “The Citizenship Gap in European Societies: Conceptualizing, Measuring and Comparing ‘Migration Neutrality’ across the EU“.

In this article he examines the influence of original nationality on social position in each EU member country using a new methodological tool aiming to measure deviation from the principle of equal access to the social acquis: “migration neutrality”. The article assesses integration conditions for migrants (European or non-Europeans) in host countries by measuring the gap between them and natives in a variety of areas like health, housing, education, employment, life expectancy and citizenship.

Levels of “migration neutrality” identify the societies offering the most favorable conditions for foreigners in terms of opportunities, much better than existing quality indicators used for integration policy. They provide a benchmark for determining good practices to “live together”, and offer more insight than a purely formal analysis of law texts.

The analyses show that the risk of social insecurity and exclusion varies significantly from one European country to the next for the three types of populations studied: nationals, European immigrants and third-country immigrants. On average, the risk increases 15% from the former to the latter.

Every country has particular features with regard to relative exclusion, that is, in comparison to a country’s median income, and absolute exclusion, when the bare minimum to live decently is not reached. Thus, countries can be grouped into four types of risk profiles. Immigrants from third countries appear to face more difficult integration conditions in Denmark, Sweden, Greece and Belgium, which is the country with the highest risk of relative and absolute exclusion. Meanwhile, in the United Kingdom, European immigrants’ risk of exclusion is equivalent to that of locals, and in Portugal natives experience a greater risk of exclusion than European migrants.

(1) Median income divides the population distribution into two equal parts: half of residents have incomes above the median income and the other half’s incomes fall below it.