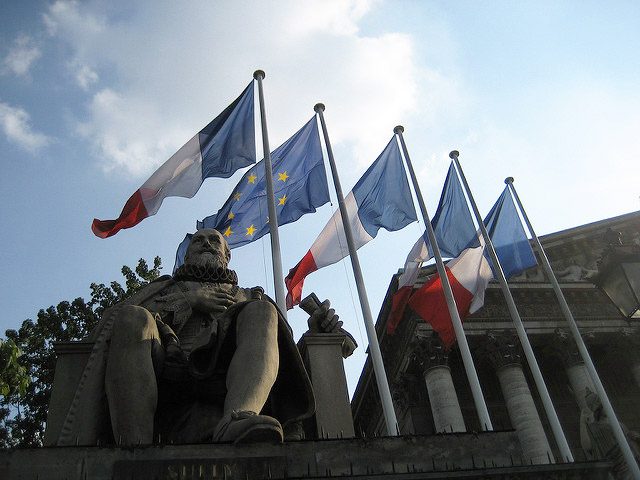 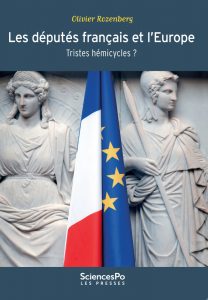 European questions and issues are now part of the daily lives of our elected officials. But what role does Europe truly play in the fulfillment of their mandate? In his book Les Députés français et l’Europe. Tristes hémicycles ? [French MPs and Europe. Sad hemicycles?], Olivier Rozenberg digs beneath the surface by sharing the results of a wide-ranging survey. Interview.

You conducted a survey on the relationship of French MPs to European issues. What were the main findings?

Two main elements emerged from this survey. First, most of the French Parliament’s work adapting to the European Union since Maastricht in 1992 was window dressing. That is, it occurred without real investment from elected officials and without the unfolding of crucial political debates when European projects were examined. Furthermore, I observed that the job of MPs has evolved thanks to France’s participation in many dimensions of the European Union. Whether they consist of relaying voter concerns, examining bill proposals or mounting political “coups”, European issues now form an everyday backdrop in parliamentary life.

You say that our MPs do not invest themselves much in European issues. Is this typically French?

Yes and no. First, no, because national parliament participation problems cut across all member states. And there are many. A fundamental problem is access to information: how to know the status of negotiations on European norms? Another problem is the organization of assemblies: should the European affairs committee be powerful or simply a relay for permanent committees? Then comes the problem of elected officials’ motivation: how can they be put to work when their influence is a priori very limited? Finally, diplomatic efficiency is a problem: under what conditions can assemblies strengthen the position of the negotiating minister in Brussels? 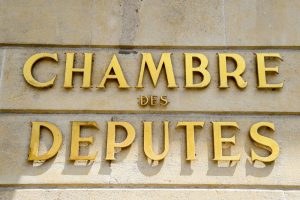 These questions are asked everywhere and there is no obvious solution. From a comparative perspective, France is in the middle of the pack in terms of its parliament’s European activity. This is not insignificant considering the weakness of the legislative branch under the 5th Republic.

What is typically French, however, is the key role of an institution outside of parliamentary control: the presidency of the Republic, which determines the general orientation of the country’s European policy and cannot explain it to the assemblies. When you think about it, it’s a scandal.

How did you approach this study?

I mainly proceeded with interviews by asking elected representatives pretty open questions like “When I say Europe, what comes to mind?”. This allowed me to get into the subjective perspective of parliamentarians where most research is more institutional. Thanks to Sophie Duchesne and Guillaume Garcia, these interviews can be fully read and listened to on the website of the Sciences Po’s Center for Socio-Political Data (CDSP)

Are national parliamentarians doomed to impotence on European issues?

No! The idea of a “rubber stamp” parliament merely validating European norms does not stand up to empirical observation. Parliamentarians can weigh on European decisions when they mobilize in great numbers, do so at the right time and are ready not to follow what the administration is underhandedly dictating to them. Moreover, the French Parliament has a relatively important say on European decisions, as do the parliaments of other big member states. In addition, the transposition of directives, in accordance with the purpose of this legal instrument, offers national legislators leeway to interpret European law. This is why assemblies should resist efforts to generalize transpositions through ordinances or a minimal transposition under the pretext of fighting against purported “over-transposition”.

You show that MPs have adapted to the European dimensions of their activities according to different profiles you identified. Can you describe?

A wide range of MP profiles exists, even independently of European issues. This characteristic is related to the organizational complexity of parliaments, their functional diversity and elected officials’ discretion in the interpretation of their role. It boils down to the notion of a role and is founded, in this case, on conceptions of electoral representation. I observed in my study that it is in the light of this division of labor and of the interpretation of these roles that Europe is perceived and that parliamentarians act. The MP sees Europe as a source of potential funding as well as constraints in the management of territorial collectivities. The defender of the local level reacts against the identity threat presented by certain European norms, such as migratory bird hunting for example. And so on.

How to anti-EU sovereignist MPs act?

This is a particular role born in reaction to the deepening of European integration during the 1990s, after Maastricht. Sovereignists from both the right and left corresponded to a profile of ideologues taken aback by the way Europe was developing. The logic of small steps and the incrementalism of European policies made them feel like they were facing some kind of plot that they needed to denounce loudly and clearly to the galley. I attribute the decline of sovereignists in the 2000s to the over-interpretation of their role. The sovereignists radicalized and ultimately marginalized themselves at the Assembly by overplaying their cards. But the future is unclear and they could come back.

Might the arrival of a large majority of pro-European MPs – the “marchers” – and the end of term stacking change the story?

With regard to term stacking, I think the answer is yes. The French parliament almost became sclerotic due to parliamentary absenteeism and the local prism characterizing the attention of elected representatives. 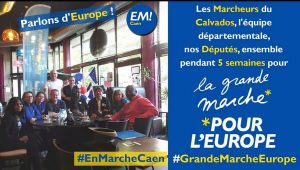 Yet many European questions do not have local features, starting with the Euro, but remain important and ultimately affect each and every one of us. For the new majority, support for deepened integration constitutes one of the rare factors of unity for these representatives, half of whom are new to politics. The contrast is striking with other issues, like social ones, on which they are divided or disinterested. So Europe is an issue they will be able to take up throughout the five-year term. However, these new representatives are even less socially representative than their predecessors, and the Europeanization issue is also in the hands of the opposition. The capacity of the opposition – or oppositions today – to initiate parliamentary debates is a determining factor in the appropriation of Europe by elected representatives. Imagine if the Republicans or the Rebels could force Emmanuel Macron to explain himself at a session on the eve or in the wake of a European Council: the Parliament would once again become the beating heart of democracy.

About Olivier Rozenberg and his research