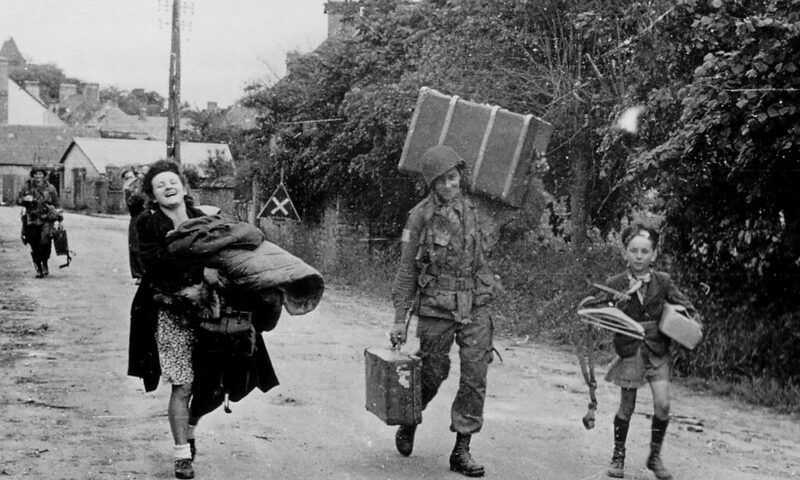 From Hiding to Aggression

From 1939 to 1945, pilots, soldiers and resistance fighters fell from the sky in war zones. However, when we compare the British, French and German populations’ reactions to this phenomenon, it appears that they were not only different, but often opposed. How can we explain such divergences? This is the question that Claire Andrieu, a researcher at the Centre for International Studies and the Centre for History, sets out to answer in her latest book Tombés du ciel. Le sort des pilotes abattus en Europe, 1939-1945, the result of an investigation into what is sometimes a minefield.

You have conducted a micro-social history, the history of “people”, of “everyday life” while at the same time comparing the major determinants of individual behaviour . What is the main contribution of such an approach?

Claire Andrieu: The interest of this approach is to highlight what is constructed in micro-social behaviours, by taking as main determinants the political regime in force, the collective memory (in this case the memory of the wars), and cultural traditions. Faced with the unexpected arrival of an enemy airman, each of these parameters carries varying weight depending on the country and the situation.
The political regime plays a major role in sovereign countries (France in May-June 1940, United Kingdom, Germany). Democracies organised the arrest of enemies by local militias formed according to a national model (Gardes territoriales in France, Home Guard in the United Kingdom). While respecting the international conventions on the protection of prisoners of war, these regimes relied on the tradition of citizens bearing arms as established by the French Revolution in 1792 and, in the United Kingdom, by the mass mobilisation of volunteers ready to fight the Napoleonic invasion. Nazi Germany followed different principles. It relied solely on the Wehrmacht at first, then, from 1943, on the “civilian population”. The population was then encouraged by its leaders to take justice into their own hands by lynching the Allied airmen. Propaganda also referred to the pilots as “Jews” and “negroes” in order to stimulate the Volk‘s racism and anti-Semitism. For these three sovereign countries, the political regime was thus the key factor.
By contrast, for occupied France, neither the occupying regime nor the Vichy regime had any influence on behaviour. It was the collective memory that made the population act, at great risk. The memory of the two wars and the two German occupations of 1870-1873 and 1914-1918 generated an active solidarity with the Allies, with the French providing accommodation and help in the escape of downed pilots.
We can also consider cultural traditions: in the British case, the government used humour, which was already a national stereotype, to distance itself from the event and encourage the population to remain calm. Taking the bombing and the fall of German airmen with humour was a way of defending British culture, a part of the national identity, and ensuring respect for international humanitarian law.

In this book you focus on people’s actions rather than their words or writings. Why did you make this choice ?

C.A.: My experience as a historian of twentieth-century French politics has taught me that declared opinions are fragile. Events change individuals and groups in ways that are sometimes as rapid as they are unpredictable. The 1940 rupture in France is the best example. Moreover, for this subject, the absence of freedom on the territory of German Europe makes any enquiry into opinion particularly uncertain. Investigating behaviour, when it can be identified with certainty, seemed to me to be a more reliable method. 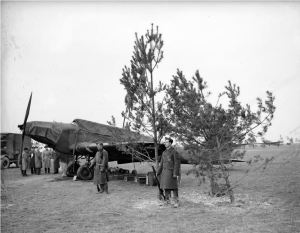 It is also a question of sources. As it happens, we have systematic sources, produced at the time or shortly afterwards, that describe the behaviour of civilians. German courts tried French civilians who had challenged Luftwaffe airmen in May-June 1940; the British and Americans ‘debriefed’ their pilots who had managed to reach London thanks to French ‘helpers’; Allied courts tried German civilians who had lynched RAF (Royal Air Force) and USAAF (United States Army Air Forces) airmen. Only the British case lacks sources: the Luftwaffe men who fell to the ground have no history. But by using the press and reading between the lines, I was able to reconstruct the behaviour of UK civilians.

C.A.: Indeed, there is a strong asymmetry of information between the knowledge we have of the Allied bombings, scrutinised by both Anglo-Saxon and German historiography, and the much more limited knowledge we have of the German bombings. This contrast can be explained in several ways. The simplest is material: the Allied archives are well preserved, whereas the German documents were partly destroyed and partly taken away by the Soviets in Moscow.
The other reason is more political. The Allies’ criticism of their own bombing, in the name of humanitarian principles, began as soon as it was implemented and has continued to the present day. On the German side, the Allied bombings were from the outset the subject of intense anti-Allied propaganda, traces of which can be found in the litterature. As for the Luftwaffe bombings, they were not subject to internal criticism at the time and have not been the subject of comparable academic debates until now. They have remained understudied. The most striking case is that of France, for which the German conduct of the air war in 1939-1940 is not known in detail. 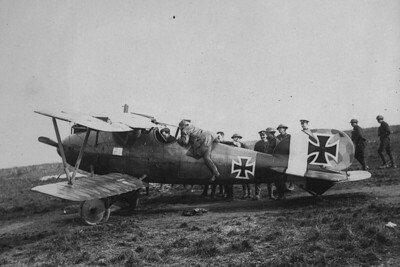 This has complicated my work because I would have liked to have a detailed map of German bombing, a list of bomber sorties and air raids on France and England with the targets and tonnage dropped, the number of German airmen taken prisoner and where—all the information available for the Allied side.

You mention the “Nazification of the German society”. Can you tell us more?

C.A.: There is a debate among historians as to whether German society became Nazi or only obeyed under the influence of terror. The debate is long-standing between what could be called the school of consent and the school of coercion, using a distinction created by the historiography of the 1914 war.
My study of the lynchings of Allied pilots by the ordinary people of Germany led me to the school of consent. When the lynchings of fallen Allied airmen began in 1943, Nazism was already so entrenched that it was considered normal and even laudable to kill a defenceless prisoner encountered unexpectedly. Nazi racism added a spring to these actions: the airmen were seen as Jews (i.e. responsible for the bombings) and negroes (“barbarians” from the United States or British colonies). Members of the lynch mobs, adults and children, purported to act for the good of (their) civilisation, without any constraints placed on them before, during, or after their actions. They were free. The Luftwaffe guards let them. Adherence to Nazi values did not diminish with the impending defeat. The lynchings, which increased in number until the Germans’ surrender, are an indicator of this. The “cumulative radicalisation” analysed at the level of the leaders was also observed at the level of the population. At least until 1948, half of the German population considered Nazism to be a good idea that had been badly implemented. Contrary to the school of coercion, I believe that one can very well rage against the leadership because living conditions have become trying, even dramatic, and still remain anchored in one’s Nazi beliefs.

What have you discovered during this research? 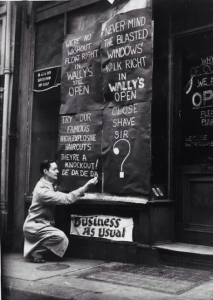 C.A.: The study from below, at the micro-social level, of the reception of fallen pilots by civilians, has no precedent, so this research work was a discovery for me at every moment. I will therefore discuss the findings, which question current historiographic trends, and then make an observation about the method.
The reaction of French citizens to the arrival of German pilots on the ground in May-June 1940 led me to question the classic narrative of the French debacle. Further studies would be necessary to confirm the following idea, that the historiography of the 1940 defeat, which arose under the Vichy regime, deserves another look. It is also interesting to see that a mixture of political culture and culture in general ensured the behaviour of the British and the French. Framed by propaganda based on humour and distancing from the effects of bombing, the British maintained their good manners toward fallen enemies, while the French remained deaf to Vichy and Nazi propaganda, and maintained the alliance with the British and Americans despite murderous repression. This example shows the Resistance as a general and immediate phenomenon. With these two cases—the United Kingdom and occupied France—my research goes against the grain of the historiographical revisions that took place in the 1970s. By privileging the dysfunctions of the Home Front and the role of Vichy in France, these necessary studies involuntarily let aside part of the picture.
My study also led me to question the military history of the air war. The latter reconstructs the facts in a clear and intelligible manner in works that are often remarkable. However, there is not enough sensitivity to the origin of the sources, whether they come from democratic or totalitarian regimes. In the German case, the result is that the Nazi politicisation of the Wehrmacht and its particular universe are not sufficiently taken into account in the analysis. While the myth of the ‘clean Wehrmacht’, which would not have been contaminated by Nazism, has been seriously undermined since 1995 as far as the army is concerned, the myth of the Luftwaffe has remained intact. 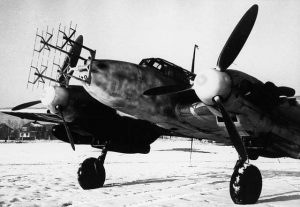 This is the case for the very special power relations within the regime, the importance of unwritten orders that are therefore difficult to trace, the involvement of the three branches of the Wehrmacht in the massacre of prisoners of war and civilians and in the functioning of the concentration camp system and the implementation of the Shoah. These transgressive practices were not just a side effect of military operations. They reveal an organisation of power and a mode of thought and action that impregnate the conduct of the war as a whole, including practices on the field, and that should oblige analysts to submit the archives and subsequent testimonies to a genuine decoding.

Has this study opened new perspectives for research?

C.A.: This research made me think about the notion of commitment, which I would like to work on in a broader way. The Germans who lynched defenceless men were not members of the Nazi party, with some exceptions, and probably did not even consider themselves Nazis. Yet they acted as Nazis, convinced that the enemy prisoner did not deserve to live, and all the more so because they saw him as a Jew or a “negro”. In the same way, the French families who, at great risk during the Occupation, hid pilots and helped them to escape, were committed to a certain idea of their country. Both were politically committed insofar as their actions were based on a choice for the society they want to live in, and yet they would have challenged the qualification of their actions as political. I would like to study this paradox. 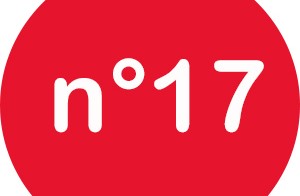