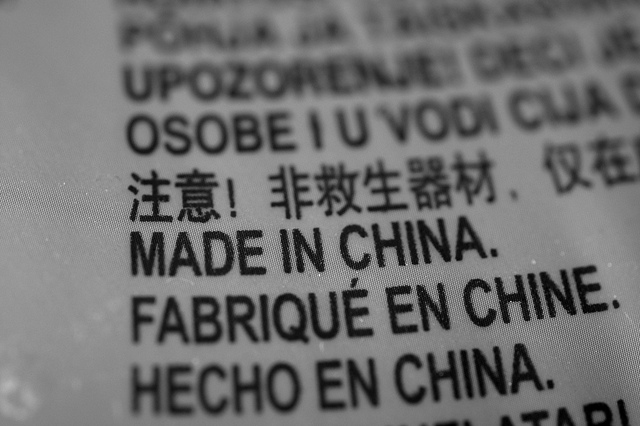 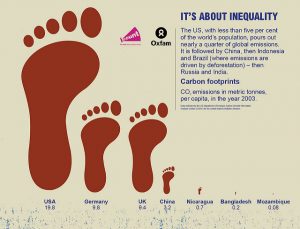 1 June 2017: the United States withdrawal from the Paris agreement resounded like a thunderclap in a world that had a priori reached a consensus over the goal of reducing greenhouse gas emissions. A priori, because the devil is in the details, especially when it comes to specifically attributing responsibility. If the issue is differentiated responsibility – with developing countries to be less burdened than old industrialized countries – the real question has not been definitively settled: who is responsible for what emissions? How to create more effective and just policies?
These are the questions that the OFCE seeks to answer by participating, with European partners, in a research project commissioned by the French Environment and Energy Management Agency. 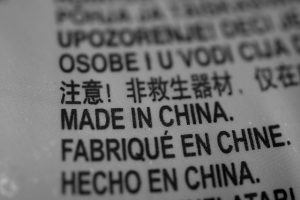 Made in China by Martin Abegglen. Flickr. CC BY-SA 2.0

Despite the international community’s real awareness of the climate urgency and its direct link to greenhouse gas  (GHG) emissions produced by human activity, it remains the case that all action is foremost based on relevant measurement tools.

The creation of a unified carbon accounting system within the United Nations Framework Convention on Climate Change (UNFCCC) was one of the first initiatives that the international community agreed to (Earth Summit, Rio 1992). In following conferences (the famous COPs), the formulation of commitments and the measurement of actions to reduce GHG emissions drew on national inventory systems* based on this unified system.
But new developments call for its rethinking today. Indeed, this system was initially based on a global production system that was historically concentrated in developed countries. However, the context has changed over the past decades: first, global trade has exploded; and second, some developing countries, foremost China, now account for a major share of GHG emissions 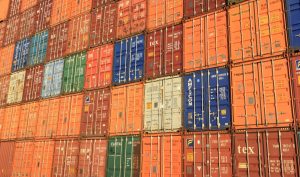 A direct result of these developments is that the importation of products manufactured by these new players has increased the carbon footprint of developed countries, despite the latter’s adoption of emission reduction policies.

Thus, while emissions originating in France have fallen since 1990, those tied to its carbon footprint, that is, from the consumption of products of all origins, have proportionally increased and ultimately led to an unchanged general impact on climate, which remains critical.

Consequently, considering more appropriate policies requires taking into account these new dimensions. This is the goal of the research project the OFCE is conducting in partnership with the Beyond Ratings consulting firm and the Dutch national research agency TNO (Netherlands Organization for Applied Scientific Research). The project received funding from the Agence de l’environnement et de la maîtrise de l’énergie (ADEME – French Environment and Energy Management Agency).
The idea is to build a model simulating tax policies that take into account imported GHG emissions. The simulation is based on a highly detailed map of GHG emission flows. A key objective is to identify the sectorial and geographical sources of imported emissions as well as their final destination, that is, households. For the latter the goal is to identify who is consuming what. 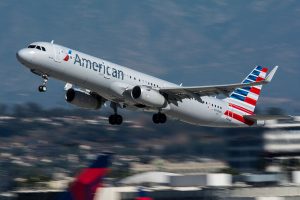 Indeed, the question of attributing imported emissions remains difficult. A country exporting a finished product could be taxed on the basis of all the carbon emissions involved in the production of this product, that is, by counting the production of all the components, including those produced abroad; or the country could only be taxed on the basis of the emissions originating from its territory. The two options are based on radically different volumes.
A simple example illustrates this point: everyone knows that for the most part i-phones are “produced” in China, but everyone also knows that many i-phone components come from other countries, such as the raw materials needed to build them. In order to be consistent, one would need to take into account the GHG emissions of all the participants in the creation of the i-phone, such as the travel of Californian designers, etc. 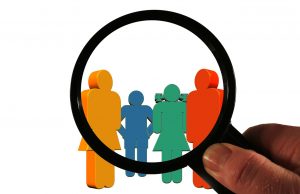 Furthermore, a second tax component is considered: taxing consumers. It is therefore necessary to very precisely define who consumes the imported products. Indeed, consumption profiles, and more specifically carbon footprints, depend on income as well as a number of characteristics like age, location (urban/rural), housing status, etc. This provides precious information if one is considering – for example – the taxation of imported products.

The project also seeks to determine how to efficiently redistribute the revenue from potentially new taxes on consumers, businesses and exporting countries. Examples include redistributive polices encouraging different ways of producing and consuming. The goal is to identify those who might benefit and to assess how to best distribute the new revenue.

Besides the production of research publications, this project seeks to be accessible to civil society. The project is Open-Source with regard to the developed database and simulation results. The creation of a dedicated website including both a documentary aspect and results interface in graphic form will enable intuitive browsing without compromising the quality of the information. See the website of the project.