Today’s autocrats are less cruel than yesterday’s dictators. Deportations, mass murders, re-education camps are no longer popular. Yet freedoms of thought and expression are blithely trampled on in an increasing number of countries where autocrats reign. The latter have simply adapted their techniques for manipulating opinions to our times. But what concrete objectives and what beliefs do they correspond to? Drawing on their new research, Sergei Guriev, professor at the Sciences Po Deparment of Economics and Daniel Treisman, professor of political science at the University of California, provide keys to understanding these developments in an article – Informational Autocrats – published in the prestigious Journal of Economic Perspectives. Presentation.

The model of dictatorship that dominated in the 20th century was based on fear. Many rulers terrorized their citizens, killing or imprisoning thousands, and deliberately publicized their brutality to deter opposition. Totalitarians such as Hitler, Stalin, and Mao combined repression with indoctrination into ideologies that demanded devotion to the state. They often isolated their countries with overt censorship and travel restrictions.

But in recent years, a less bloody and ideological form of authoritarianism has been spreading. From Hugo Chávez’s Venezuela to Vladimir Putin’s Russia, illiberal leaders have managed to concentrate power without cutting their countries off from global markets, imposing exotic social philosophies, or resorting to mass murder. Many have come to office in elections and preserved a democratic façade while covertly subverting political institutions. Rather than jailing thousands, these autocrats target opposition activists by harassing and humiliating them, accusing them of fabricated crimes, and encouraging them to emigrate. When they do kill, they seek to conceal their responsibility. The emergence of such softer, nonideological autocracies was unexpected and so far lacks a systematic explanation. How do the new dictators survive without using the standard tools of 20th-century authoritarians, the traditional legitimacy or religious sanction that supported historical monarchs, or even the revolutionary charisma of anticolonial leaders?

The key to such regimes, we argue, is the manipulation of information. Rather than terrorizing or indoctrinating the population, rulers survive by leading citizens to believe— rationally but incorrectly—that they are competent and benevolent. Having won popularity, dictators score points both at home and abroad by mimicking democracy. Violent repression, rather than being helpful, is counterproductive: it undercuts the image of able governance that leaders seek to cultivate.

We offer a formal account of how such systems work. The logic is that of a simple game with asymmetric information. The ruler can be either competent or incompetent. The general public does not observe this, but a small “informed elite” do. Both the elite and public prefer a competent ruler, since this leads to higher living standards on average. If the public concludes that the ruler is incompetent, it overthrows him in a revolt. The elite can send messages to the public, and the incompetent ruler can try to either block these messages with censorship or divert resources from sustaining living standards to buy the elite’s silence. The incompetent ruler can also send his own propaganda messages blaming economic failures on external conditions. In some circumstances, the ruler achieves a higher probability of survival by manipulating information than deterring revolt through repression (overt dictatorship) or devoting all resources to improving living standards (democracy).

A Question of Balance Between Elites and Freedom of the Press

Whether information autocracy constitutes an equilibrium depends on two key variables—the size of the informed elite and the state’s advantage over independent media in terms of reaching the public. Both of these relate to economic development. In highly modern countries, the informed elite are generally too large for manipulation to work. In underdeveloped countries, repression remains more cost-effective. But at intermediate development levels, both democracy and information autocracy are possible. Whichever occurs depends on how effectively the two types of political messages reach ordinary citizens.

Using newly collected data, we show that recent autocrats employ violent repression and impose official ideologies far less often than their predecessors. They also appear more prone to conceal, rather than publicize, cases of state brutality. Analyzing texts of leaders’ speeches, we show that information autocrats favor a rhetoric of economic performance and public-service provision that resembles that of democratic leaders far more than it does the discourse of threats and fear embraced by old-style dictators. Authoritarian leaders are increasingly mimicking democracy by holding elections and, where necessary, falsifying the results.
A key element of information autocracy is the gap in political knowledge between the informed elite and the general public. While the elite observe the true character of an incompetent incumbent, the public is susceptible to the ruler’s propaganda. Using individual-level data from the Gallup World Poll, we show that such a gap does indeed exist in many authoritarian states today. Unlike democracies, where the highly educated are more likely to approve of their government, in authoritarian states they tend to be more critical. The highly educated are also more aware of media censorship than their less-schooled compatriots.

The manipulation of information is not new in itself—some totalitarian leaders were great innovators in the use of propaganda. What is different today is how rulers employ such tools. Whereas Hitler and Stalin sought to reshape citizens’ goals and values by imposing comprehensive ideologies, information autocrats intervene surgically, attempting only to convince citizens of their competence. Of course, democratic politicians would also like citizens to think they are competent, and their public relations efforts are sometimes hard to distinguish from propaganda. Indeed, the boundary between low-quality democracy and information autocracy is fuzzy, with some regimes and leaders—such as Silvio Berlusconi or Cristina Fernández de Kirchner—combining characteristics of both. Whereas most previous models have assumed it is formal political institutions that constrain such leaders, we place the emphasis on a knowledgeable elite with access to independent media.

At the same time, today’s softer dictatorships do not completely foreswear repression. Information autocrats use considerable violence in fighting ethnic insurgencies and civil wars—as, in fact, do democracies. They can also punish journalists as a mode of censorship (though they seek to camouflage the purpose or conceal the state’s role in violent acts). Such states can revert to overt dictatorship, such as what happened after the 2016 coup attempt in Turkey, where Erdoğan’s regime detained tens of thousands. Still, as we show, the extent of mass repression in the regimes we classify as information autocracies is dwarfed by the bloody exploits of past dictators. 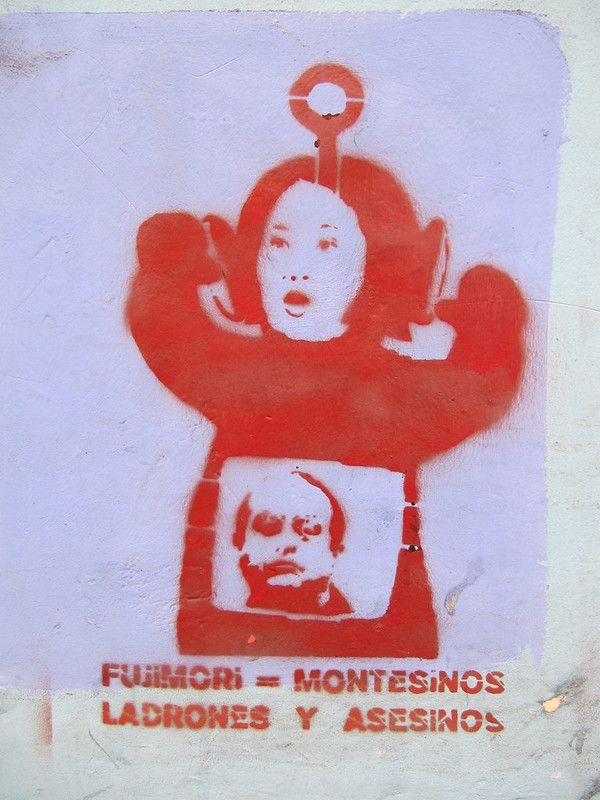 The reasons for this shift in the strategies of authoritarian leaders are complex. We emphasize the role of economic modernization (in particular, the spread of higher education), which makes it harder to control the public by means of crude repression. Education levels have soared in many nondemocracies, and the increase correlates with the fall in violence. But other factors likely contribute. International linkages, the global human rights movement, and new information technologies have raised the cost of visible repression. Such technologies also make it easier for regime opponents to coordinate, though they simultaneously offer new opportunities for surveillance and propaganda. The decline in the appeal of authoritarian ideologies since the end of the Cold War could also have weakened old models of autocracy.
Besides Chávez’s Venezuela and Putin’s Russia, other information autocracies include Alberto Fujimori’s Peru, Mahathir Mohamad’s Malaysia, Viktor Orbán’s Hungary, and Rafael Correa’s Ecuador. One can see Lee Kuan Yew’s Singapore, prime minister of Singapore until 1990 and father of the current prime minister, as a pioneer of the model. Lee perfected the unobtrusive management of private media and instructed his Chinese and Malaysian peers on the need to conceal violence. Fujimori’s unsavory intelligence chief Vladimiro Montesinos, who ran the Peruvian intelligence service and was the first advisor to the rather unsavoury President Alberto Fujimori, was another early innovator, paying million-dollar bribes to television stations to skew their coverage.

This research brief has been published on the web site of Cato Institute.