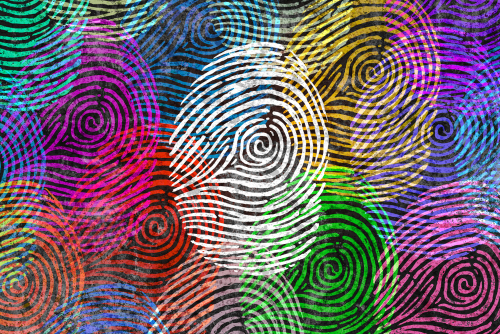 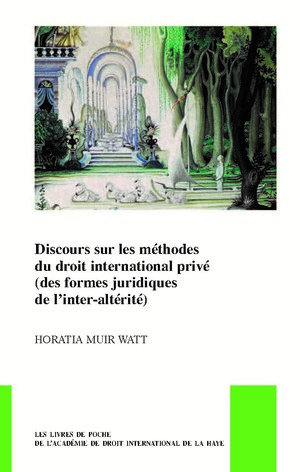 How does private international law structure and reveal our relationship to alterity? How does this discipline, which may appear to be far-removed from both national and everyday concerns, affect our societies? The analysis of the philosophy of private international law that Horatia Muir Watt proposes in her book Discours sur les méthodes du droit international privé (des formes juridiques de l’inter-altérité) [Discourse on the methods of private international law (on the legal forms of inter-otherness)] provides a more global reflection from the perspective of  the social sciences on our ways of addressing difference, whether  in culture, legal practice, or more generally in our forms of life.

The objective of your book is to review the philosophy of private international law. On what findings is this undertaking based? How should we understand this discipline today?

Horatia Muir-Watt: The book is based on the idea that private international law provides a specific lens through which to view  the “global turn” in law, since its traditional remit covers all legal relationships that develop beyond nation states. The he challenge to the prescriptive  monopoly of states  is precisely at the heart of contemporary upheavals in legal theory. This book seeks to revisit the methods of private international law in order to develop an alternative vision to that of modernity with regard to the association between law and state. Its broader purport  concerns the role of the law in defining otherness in our societies and within the political economy. Its stance is  critical, but it also has a transformative potential.

The stakes are not merely theoretical. Influential literature from other disciplines has recently drawn attention to a phenomenon that critical jurists have long taken for granted: that neither markets, property, labor, nor family are social objects endogenous to law, whose role would be to regulate them as it were from the outside . On the contrary, the law is constitutive of the market(1)We think of finance theory in The Code of Capital , Katarina Pistor, Princeton University Press, 2019. or property(2)See Capital et Idéologie, Thomas Piketty, Seuil, 2019.. This is true in national contexts, but when borders become porous, the foundational role of private international law is even more significant. This role extends beyond the economic and financial spheres to the definition of the person and the delimitation of the national community. The study carried out here helps tounderstandhow the methods specific to this discipline operate, and how things could be otherwise. 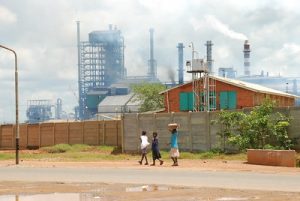 According to a traditional definition of the function of private international law, it manages the consequences of the plurality of legal systems potentially applicable to the same factual situation. For example, if a group of Zambian citizens seek legal redress for environmental damage experienced as a result of the extractive activities of a multinational company based in the United Kingdom, private international law will not indicate whether their claim will succeed, but rather specify what courts in which country have jurisdiction over their claim, and which national rules  will apply on the merits. The jurisdictional issue is typically contested; generally, the question of applicable law is resolved through a combination of inputs from two or more different systems.
However, while we need  both conceptual and practical resources in order to respond to novel forms of normativity, or to new expressions s of competition between the rationales of different social spheres, the epistemology of private international law today is still embedded  in classical nineteenth-century legal thought, and largely incapable of addressing such contemporary phenomena.
In this respect, classical legal thought  is structured by the distinction between the public and private spheres, and imbued with the mantra of legal neutrality. Additionally, while the function of private international law is to regulate the acceptance of foreign norms, and as Western societies become increasingly  multicultural, its categories and modes of reasoning show little creativity when it comes to thinking and accepting otherness. 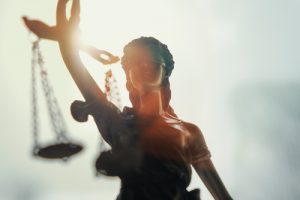 This ossification is all the more significant that the stakes of the issues that fall with the remit of the discipline are significant: financial markets, global value chains, the legal regime of multinational companies, as well as the status of people, families, and the national community itself. Yet, as I have just underscored, private international law shapes them and simultaneously makes them appear as natural phenomena to be regulated, but casts such regulation as impossible. This is what makes it urgent to reflect on the legal methods it deploys.

A central tenet of your work is to question the exclusionary nature of private international law. What has justified this position, that  you describe as a refusal of foreignness? How is such an attitude expressed?

Horatia Muir-Watt : One of the central themes of the book is indeed the law’s relationship toalterity. The otherness involved here is literally the foreignness (i.e. foreign origin) of the legal norms that are intended to penetrate a host legal order.The idea is to take the methods of private international law seriously and ask how law (in general)deals with such otherness – be it in the form of foreign laws, heterogenous cultural norms, or just people from elsewhere. 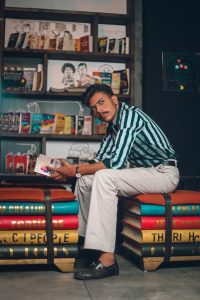 The goal is to increase understanding of the deeper, implicit and often unconscious issues at stake in methodological choices. Indeed, at a metaphorical level, private international law can be seen as mirroring societal ideas or attitudes about difference. Here, the assumption is that social controversies penetrate the law through complex processes; today more than ever, these issues are decided by judges, as the field of private law is not only judicialised but constitutionalised.

In this respect, my point is not to say that private international law has always been used to exclude difference. Rather, as an entry point in the legal order of acceptance, it more or less visibly selects what may or may not cross its border. A myth that was inherited from classical thought, and that is being revived today, is that the exclusion of foreign norms dissimilar to ours remains exceptional. The aforementioned mantra of neutrality is expressed here in the form of impartiality of the methods used.

In reality, the selection of foreign norms deemed to be acceptable is much more invasive, and more frequently exclusionary, than is usually thought. It goes unnoticed because it is inherent to the legal categories used and generally taken for granted. This analysis is obviously not limited to private law concepts or to the international context: Etienne Balibar has demonstrated, for example, the exclusionary dynamic in the internal law of institutions such as the Church or the family(3)Étienne Balibar – Des Universels. Essais et Conférences, Éditions Galilée, 2016.. 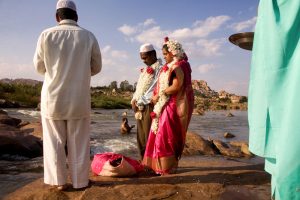 A Muslim couple being wed alongside the Tungabhadra River at Hampi, India. © Claude Renault, Wikimédia

But the international context points more emblematically to the question of cultural difference. For example, different family law institutions from the Muslim world are currently excluded to various degrees in Western legal systems because they do not fit into the dominant categories: a kafala is not an adoption, and the decision to wear a headscarf is not governed by the law otherwise applicable to a woman’s personal status.

In this respect, the law has always delineated its own boundary vis-à-vis the public sphere (be it internal politics or geopolitics) through constitutional doctrines (in the broad sense), such as the separation of powers, sovereign immunity, the non-justiciability of state acts (or Crown privilege), etc. But these doctrines are based on a delimitation between the public and private spheres that is now completely outdated. State courts nonetheless use them to refuse to recognise, for example, the claims of foreign civilians for damage caused by occupying troops abroad, or of victims of human rights violations by multinationals in other countries, etc. 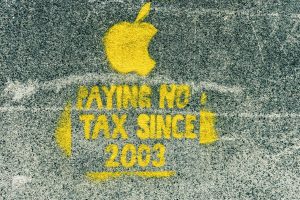 Moreover, since the implementation (in particular through litigation) of law serves as a crucible for the transformation of political claims into individual rights, private international lawsuits are highly political. This is the case in transnational litigation against multinational companies seeking compensation for environmental damage; lawsuits against digital platforms for racial discrimination or other egregious working conditions affecting the entire labor market). The same selection process then unfolds under the cover of highly technical legal rules.
Thus, the exclusionary effect appears in many fields. This book suggests that private international law should be used to develop a more inclusive model of differences – a “law of inter-alterity”, by comparing and exchanging its knowledge with other disciplines.

In order to carry out what you call a de-centering of the analysis of private international law, you call upon many other disciplines among  the social sciences and humanities: philosophy, politics, and even aesthetics. How did they enrich your approach? 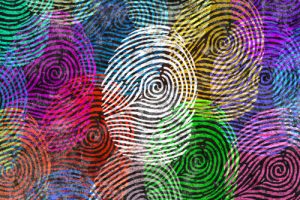 Horatia Muir-Watt : This de-centering is needed because private international law, insofar as it is positioned as  distantiated or neutral with respect to the substantive issues at stake, has  enjoyed a certain level of immunity from the critical theories issuing from the social sciences and humanities that have affected other branches of law. The analysis of private international law in other words has escaped  challenges to the legal discourse itself (feminist, post-colonial etc) or,  in its use of borders, territoriality, and the spatial distribution of laws, contestation from critical geography . Today, however, it is striking to note that the vocabulary of private international law is very much present  in political debates (sovereignty, identity, territoriality, nationality, etc.). In these contexts, it lends credence to the idea of a certain neutrality of concepts despite their  specific political and ethical underpinnings.
The wager here is that the legal treatment of otherness is linked to aesthetic, political, and ethical approaches that similarly address the relationship to the other.

More precisely, private international law methods could each be considered as part of a certain aesthetic, correlated with a political position and ethical register. This is a wager, because mobilising the resources of an interdisciplinary approach in this way in the service of legal critique is certainly a “dangerous method” to the extent that it seeks to reveal the hidden or unconscious aspects of legal reasoning. In this respect, the exploration I propose uses deconstruction and the critical epistemology of law, which jurists rarely employ.
Aesthetic aspects are important because they help shape the law in different ways, often at a preconscious level. To act under the influence of a certain aestheticinvolves thinking about the law in a certain way. 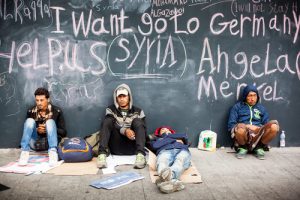 Moreover, mobilising the resources of political analysis is tantamount to violating the taboo of the discipline’s innocence. Finally, the field of ethics raises the question of tolerance and acceptance in situations that Judith Butler calls up againstness, resulting from “populations living in conditions of unwilled adjacency, the result of forced emigration or the redrawing of the boundaries of a nation-state, even though identity is – paradoxically – made up of differences“(4)Judith Butler – Rassemblement. Pluralité, performativité et politique, Fayard, 2016..

In practical terms, how could this new approach be established and what would it yield?

Horatia Muir-Watt : The practical goal is to create a model for collaborative and reflexive modes of legal reasoning in order to better apprehend  the coexistence of different normativities within our complex societies. One question is whether the objections to which this reasoning will inevitably give rise given current socio political conditions, would undermine any attempt to rebuild a methodology for organising the encounter with otherness. It would lead to a more inclusive approach to all the cases mentioned above. This would obviously involve convincing the main protagonists of the law (judges, legislators, and negotiators, NGOs and bar associations…) of its virtues. and  would certainly be a lengthy political undertaking!