This Peculiar Epidemic is a Happiness Disease…

Announcement of the lockdown by Emmanuel Macron on March 16, 2020 © Government of the French Republic

When it decreed a lockdown for social distancing on 16 March 2020, the French government made a decision that was about to disrupt our everyday lives and movements for several months.
To gauge the impact of these exceptional measures on the population, a team from the project ” Coping With Covid-19: Social Distancing, Cohesion and Inequality in France in 2020” (supported by the French National Research Agency) collaborated with a team from the ELIPSS​​ infrastructure (Longitudinal Online Social Science Survey, French) to establish and implement the necessary procedures for quantitative measurement.

Since 2012, data has been collected on a regular basis by ​the ELIPSS panel​, a representative sample of the population overseen by the Center for Socio-Political Data (CDSP). This longitudinal data helps to assess the evolution of individual practices and attitudes and to identify changes.
The information collected by ELIPSS provides an accurate view of population status pre-lockdown and serves as a benchmark for future analyses.

To meet Project CoCo’s exceptional needs, the ELIPSS team adapted its process by increasing the survey’s frequency and including a qualitative component. They expanded the follow-up programme from an initial format of one survey per month to one every two weeks, along with a daily logbook for some panelists in the sample.
Five rounds of surveys were conducted with the ELIPSS panel from 1 April, with a two-week interval between each questionnaire to cover different phases of the Covid-19 crisis. A sixth round will evaluate the ​new normal after the epidemic.
At the same time, in order to enhance the qualitative component, a daily “logbook” was set up for some panelists, who were presented with a series of open questions about their experience during the lockdown.

Under Lockdown but in Good Health

The survey data was subjected to primary analyses published in policy briefs relating to each round throughout the project.
One of the results of the second round of surveys (15-22 April 2020 questionnaire) might seem surprising: after a month of social distancing, the respondents did not appear to be demoralized by the lockdown.
Compared to the data from annual surveys conducted by ELIPSS since 2017, their statements about their health and overall well-being attained higher scores than in previous years (see charts). It is also apparent that some factors amplify these positive effects, for example households with the highest incomes, managers and farmers report better health.
This phenomenon is described by the research team as the ‘eye of the storm’ paradox: when faced with a serious health event, it appears to be easier to see oneself as in ‘good health’. 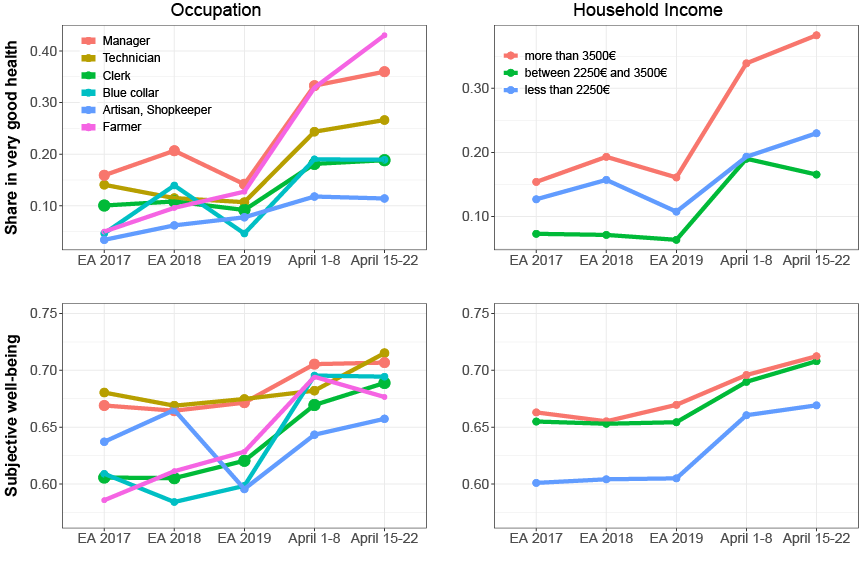 Source: Survey ‘Coping with Covid-19 – 1st & 2nd wave (CoCo-1&2), April 1-8 & 15-22, 2020, Annual Survey 2017, 2018 and 2019, ELIPSS/CDSP’. Number of respondents : 834.
Reading: The green line in the top left graph shows that 10% of employees reported being in “very good” health in the 2017 survey, while they are nearly 20% in the latest survey. The two graphs on the left show temporal trends by occupation and the two on the right by household disposable income terciles. The top two graphs show the proportion of respondents who say they are in “very good” health and the lower two graphs show the evolution of the subjective well-being index. This index consists of an average of six questions that deal with feelings of nervousness, discouragement, relaxation, sadness, happiness and loneliness. Responses range from 0 to 1, with 0 indicating the lowest possible level of well-being and 1 the highest.

While these results are relatively counterintuitive, they could not have been highlighted without pre-existing quality data. That is the ELIPSS ​ panel’s purpose and ​its originality: to collect and make available a longitudinal database about French society for current and future studies.
Together with the ELIPSS team, Sciences Po has provided the entire research community with a robust, open system (data disseminated for the use of researchers) capable of following changes and trends in society. 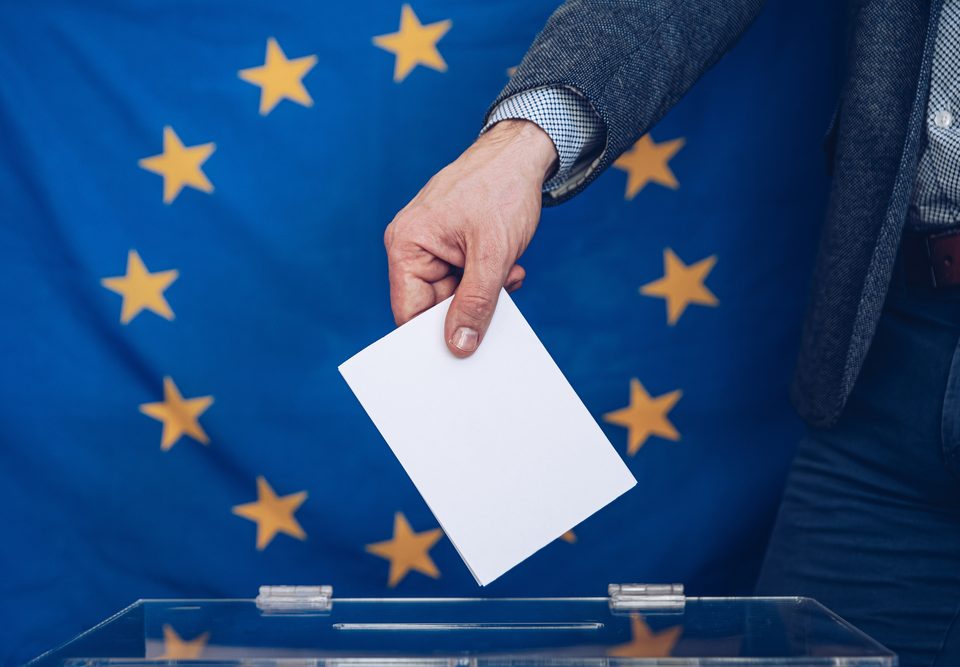 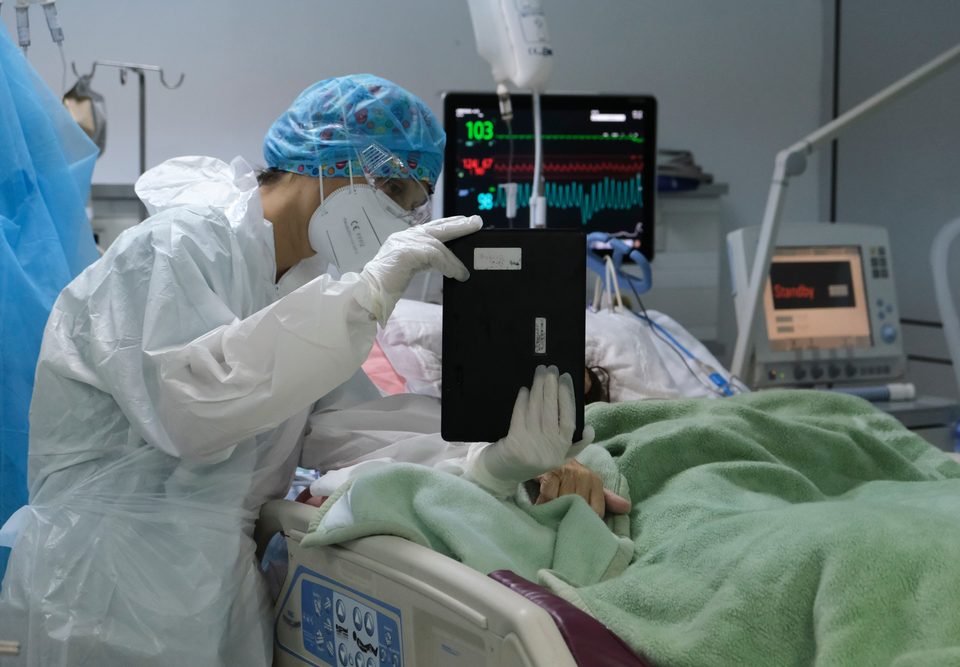 Creative Commons Attribution-NonCommercial-ShareAlike
ELIPSS: Portrait of the French Under Lockdown