Sixteen of France’s twenty-one metropolitan regions in 2014 were redrawn in January 2015. In this new context, what is citizens’ relationship to their new region? Are they attached to it? What do they think about the new name? What do they know about new actions taken and how do they assess them? Sylvain Brouard, research director of Sciences Po’s Center for Political Research, studies these questions as part of a “regional democracy” project (DEMOREG 2018-2020) funded by the region of Nouvelle 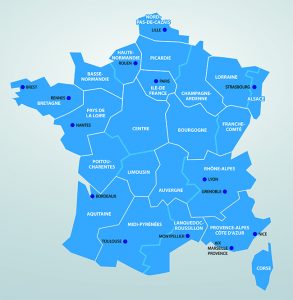 This project originated with the observation that issues surrounding this merger intensified during its implementation. This was particularly the case with regard to services and public policies, which created a real challenge for both political players and citizens.

Indeed, regions were granted new powers with redefined boundaries for each territorial collectivity, and are now at the heart of economic action, playing a major role in the development of the regional blueprint for economic development, innovation, and internalization (SRDEII) and the regional blueprint for the planning and sustainable development of territories (SRADDT).
In addition to these institutional transformations, a political change occurred in a number of regions after the December 2015 vote: some experienced a changeover, and others, a new president without a new majority.
In this new context, what is citizens’ relationship to their region?

Addressing all the dimensions of this question requires studying key factors shaping the success or failure of regionalization policy. These include the territorial and socio-demographic homogeneity of relationships to the region. 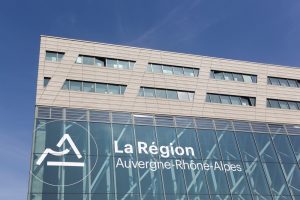 DEMOREG assesses implementation of the 2015 regional reform and political changes from a longitudinal and comparative perspective thanks to annual online public opinion surveys (in January 2018 -2019 -2020) of a sample of 500 citizens in each of the regions.
The results of these surveys are especially important because such data is new in France. Granted, research on regional institutionalization dynamics (Nay, 1997), on the characteristics of regional representatives (Godmer, 2011), and on the professionalization of regional elective offices (Godmer &Marrel, 2015) have been conducted, but rarely so on citizen representations of regional governments and their policies.
Finally, DEMOREG expands research conducted by Sylvain Brouard on the evolutions of political attitudes and behaviors, and on local governments.

DEMOREG 2018-2020 is an ambitious research project that has not been conducted in France since the Interregional Policy Observatory  (Observatoire Inter-régional du Politique – OIP) stopped. Its main objectives are to:

The study is based on the analysis of 14 former regions selected on the basis of several criteria: whether they were redrawn, whether a changeover occurred, whether the president changed, and the level of regional attachment. The questionnaire uses questions covering regional policy from the LOCELEC research program, as well as from the November 2015 wave of the 2017 French Electoral Survey in order to longitudinally analyze existing data.