Civic life for the most deprived 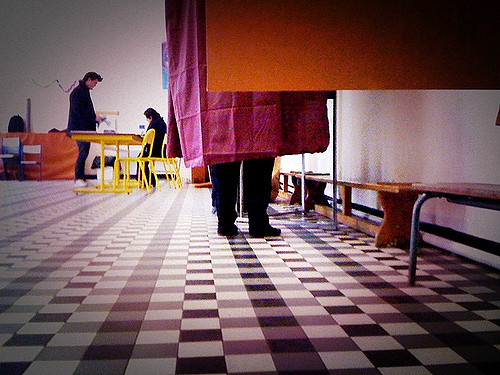 Political scientist, Romain Lachat holds an excellence research chair in political behaviour funded by the USPC, and aims to contribute to the advancement of theoretical and methodological knowledge in voting and electoral competition studies. The work conducted in this framework will seek to analyse how voter preferences on political issues influence voting choices, and especially how this effect varies depending on the contexts and characteristics of the competing parties. Rival political parties most often have distinct political priorities and are perceived as being more or less competent to address various social and political issues. One of the main research questions is how these thematic priorities and perceived competence influence the way in which the electorate evaluates them. According to the theoretical framework developed by this chair, the tendency of voters to support a given party should primarily depend on their preferences on the party’s priority issues. This assumes that the issues forming the basis of voters’ evaluation of party attractiveness vary among parties. This new approach has important implications for the explanation and analysis of electoral choices. It also has a significant impact on the analysis of party strategies and of the political representation process. The research chair will address these various themes by drawing on data from existing national election studies, from the French National Election Studies currently led by a CEVIPOF team and laboratory experiments, allowing for a more detailed study of the mechanisms of party preference formation.