Commemorating the Holocaust after the war 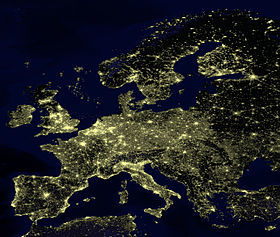 T The contemporary state in Europe is simultaneously experiencing processes of destruction and marginalization, and dynamics of creation and expansion. What are their driving forces? How can they be explained? What kind of State do these transformations produce? 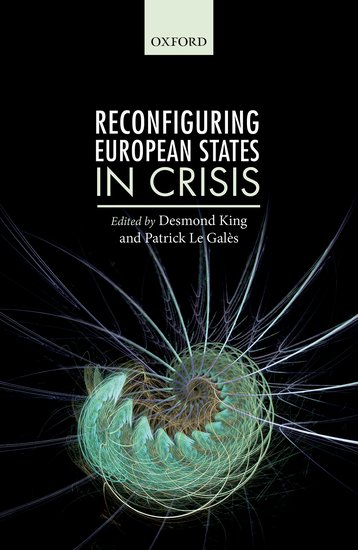 These are the questions explored in the collective book “Reconfiguring European states in crisis”*, edited by Patrick Le Galès, CNRS research director at Sciences Po’s Centre for European Studies and Comparative Politics (CEE) and the Urban School’s dean Desmond King, a professorial Fellow at Nuffield College Oxford and associate professor at the CEE.

2- The transformations of capitalism Signs hang from an event at Google’s office in Singapore. Jon Russell . CC by 2.0

Economic globalization, financialization and the growing power of global businesses: all of these actors protect property rights and investments, which researchers consider to be limiting the autonomy of States. New State activities are seeking to introduce market mechanisms. Market actors are contributing to the reconfiguration of the State, especially in the context of the financial crisis. Yet States remain actively involved on economic issues and are evolving their means of intervention: regulation, sovereign funds and innovation policy.

The reconfiguration of the State can also be explained in terms of internal logics responding to rationalization and reorganization “imperatives”. These have resulted in reforms of its organization, administration, instruments and equipment. The authors believe that neoliberalism only partially explains current transformations. Developments of new technologies (including scenarios), data and information; past public policy failures; and management techniques also play a key role.Agencification and the introduction of market and decentralization mechanisms are growing. The State is increasingly looking like a “policy state” – a state structured by public policies and by their consequences, which have effects on the State’s apparatus and institutions.

Finally, exploring the State also raises the issue of force, violence and risk protection. The (perhaps temporary) decline of States’ “army and defense” pillar has gone hand in hand with investments in the areas of police, security and risk management. However, the security pivot does not appear to be making a clear and deep mark, especially given the European norms and rules protecting freedoms. Finally, social movements do not appeared to be playing – at least not yet – a central role in the configuration of the State. 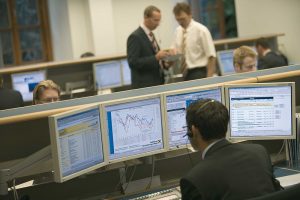 The reconfiguration of States can also be explained by the interaction between State elites and three types of stakeholders: citizens; markets; and other States, the European Union and various public or private transnational organizations.
While it is most often assumed that State elites seek to respond to citizen needs and preferences, this book explores the hypothesis that the latter are but a first “constituency”.
Indeed, elites depend on financial markets as well, if only because they regularly need to refinance their debt. They are also dependent on major transnational businesses, external investments, the strategies of major businesses and evaluations produced by consultants.
Finally, the elites of European States constantly interact with the elites from other States and those from the European Union and other transnational organizations such as the OECD: experienced as a kind of encroachment, this type of relationships exacerbates the disconnection between the State and its nation. One of the authors, Chris Bickerton, suggests that European States have accepted constraints from the European Union in order to justify, and even impose, reforms that would be unacceptable in the context of national democracy.
Thus, States have ceded some of their autonomy to supranational institutions, either through trade agreements or through binding legal and political integration (like the European Union). They sometimes share their prerogatives with non-state organizations that lack territorial sovereignty but are responsible for public policy actions. Examples include social services and even the armed forces.
Policies implemented by State elites result from the demands, pressures and influences of these three “constituencies”, which both constrain them and give them more leeway.

The decline of the State’s unifying energy

Until recently, the State’s “unifying energy” was reflected in policies combating inequalities and territorial disparities, and promoting rationalization through, for example, statistics, the measurement system, the cadaster and the census. States also more or less boldly pursued cultural normalization, via language policies and integration programs. The goal of all of these policies was to make society more intelligible and unified.
However, the State’s structural changes and its creation/destruction mechanisms are increasing the gap between society and the State, leading to a decline in unifying energy: territories, social groups and other sectors of society are left in limbo. The State itself is fragmenting and its actions are becoming increasingly selective.
Land-use planning (which no longer worked) was followed by a policy of support for metropolises and for capitals as engines of innovation and of economic development. Higher-income social groups do not need the working classes or the poor anymore to win wars, as was the case in the twentieth century, or for industrialization.

Despite all these transformations, the State remains central in European societies. The current crises could push States either towards authoritarianism, a state of emergency and permanent austerity, or towards democratic renewal and new forms of collective action and of regulatory capacity. The various crises, and especially the issue of climate change, the refugee crises and the influence of the far right are powerful catalysts of processes reconfiguring the State. A transition is underway leading to a new cycle of the State.