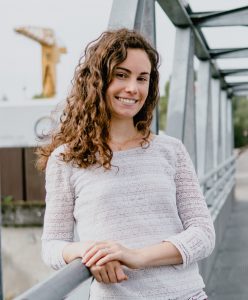 For her doctoral thesis, Sibylle Duhautois set herself the challenge of writing the history of the future as it was imagined within international organisations during the Cold War. This distinguished work was recognised for its excellence and awarded this year’s Forecasting Thesis Prize from the 2100 Foundation. Interview.

Your thesis covers studies on the future of humanity that were conducted from the 1950s to the 1960s. Why did you choose this topic?

Sibylle Duhautois : Before choosing this topic, I was more generally interested in the way various societies saw their future at different points in time. At the end of my master’s degree in history, I met Jenny Andersson, a research director at the CNRS Centre for European Studies and Comparative Politics, who was designing a research project(1)A political history of the future: knowledge production and future governance 1945-2010 – FUTUREPOLaimed at creating a political history of the future. Discussions with her led me to discover a whole field of expertise dedicated to the future that had gradually formed in the post-World War II era… The history of this knowledge and practice was still largely unwritten.
Initial research had already been carried out on this subject, but it emphasised the context of the Cold War and the use of forecasting as an ideological weapon to promote a capitalist or communist vision of the future or to anticipate the actions of the opposing bloc. I was interested in seeing what international organisations like UNESCO were doing, considering their objective was to bring all nations together, across the two blocs and the developing world. I thus discovered a field of studies about the future inspired by pacifist motivations.
At UNESCO, but also elsewhere, beginning in the 1950s and 1960s, ‘futurologists’ – as they called themselves – tried producing scenarios of desirable futures for humanity. They believed discussion about the future had to be international and promote cooperation. Intrigued by this approach to forecasting, which was very different from those I had previously encountered, I tried to trace the history of this ‘global’ and non-aligned forecasting. 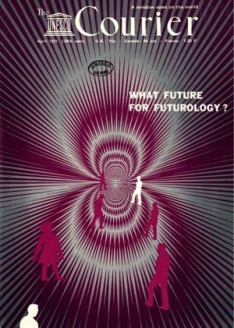 What organisations conducted them?

S.D : The first organisations to produce studies on the future of humanity and to promote such research were international non-governmental organisations devoted to peace, such as the Women’s International League for Peace and Freedom (WILPF) and the International Confederation for Disarmament and Peace (ICDP). In the early 1960s, members of these associations became interested in forecasting as a means to create positive images of a peaceful future, and more specifically of a future without nuclear weapons. The goal was to counter the alarmist discourse describing the consequences of a nuclear war: since fear did not seem to be sufficiently motivating decision makers, the idea was to show them – and the public – all the advantages that general disarmament would bring. These pacifists, who were initially interested in forecasting as part of their activism, then broadened their field of interest to other themes they deemed important, such as development. They then created structures dedicated to the study of the future of humanity in general, such as Mankind 2000, a project started in 1964.
The UN system at the centre of these associations subsequently developed its own forecasting programs. At UNESCO, it was initially a tool to better define the organisation’s platform. But Professor Madhi Elmandjra, who was entrusted with leading the forecasting office, quickly expanded its remit. Another very important institution in the development of global forecasting studies was the United Nations Institute for Training and Research (UNITAR). This organisation, originally devoted to training diplomats from developing countries and to research, cast itself as the UN’s ‘think tank’. It was home to major forecasting programs in the 1970s.

What were the profiles and skills of the ‘experts on the future’ who led them?

S.D: The profiles of the ‘experts of the future’ varied: they were primarily activists who trained to become ‘futurologists’, but they did not start from scratch. They very often had a background in social sciences, in particular political science and economics. Their skills depended on the type of future studies they undertook. Some, such as those with artistic backgrounds, valued creativity above all in a bid to create unexpected scenarios paving the way to better futures. Others relied on their economics and cyber skills (systems science) to build models of the future. Knowledge of international dynamics was crucial for all.

What were their methods? How did these studies transform: recommendations to governments, international resolutions, action programs? 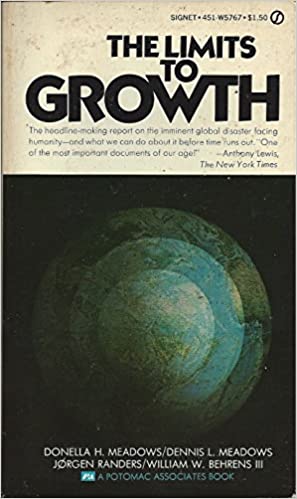 S.D: There are many methods for developing future studies. Among the most frequent are collaborative methods, similar to the ‘Delphi method’, which is based on polling forecasts by experts in a given field, anonymously and over several ‘rounds’ during which the experts can modify their forecasts and reach a consensus. Thus, at UNESCO, the forecasting program carried out in the early 1970s relied heavily on questionnaires sent to specialists in the subjects addressed. Other methods rely more on mathematical and computer tools: statistical trends are extrapolated or the dynamics underlying a system are identified, with its probable evolution calculated as a function of various factors. This is how The limits to growth  report came about in 1972. This document, which had a very strong political and scientific impact, warned of the need to take into account the limits of the earth’s resources.
Within the UN, these studies helped define priorities for action and objectives. While they never led to binding decisions for the international community, they did provide a framework for reflection. Their diplomatic utility was emphasised at the time: it is easier to agree on the problems of the future – and on the fact that they are common to all humanity – than to negotiate measures to take in response to a pressing challenge. Studies on the future mostly featured in activist reports. Their impact was more about raising awareness – particularly about the environment from the 1970s onwards – than about taking concrete action.

While the original intention, tinged with humanism, was to build a peaceful world, you show that approaches evolved over time. In the last decade you studied – the 1980s – it looks like the original goal was abandoned…

S.D: The original goal was actually not abandoned: rather, it became more complex. As early as the 1960s, forecasting studies started placing great emphasis on the link between peace and development, since peace could free up resources for development, and development appeared to be necessary to building a lasting peace. In the 1970s and 1980s, the issue of the environment was added to these two major concerns.
Above all, the work carried out at UNITAR in the 1970s shattered the idea that it would suffice to chart the path to a better future for it to be set in motion: by deconstructing numerous models, economists Graciela Chichilnisky and Sam Cole show that the results of these models primarily reflect the values of their designers. But these values are not universal.
It increasingly became apparent that while forecasting helped clarify people’s expectations of the future, it fell short of reconciling them. In the 1980s, UNESCO coordinated regional forecasting programs that were emblematic of this evolution: it was now about highlighting the constraints, opportunities, and desires of the different regions of the world for their future rather than proposing a universally desirable future.

On your end, how did you go about grasping this topic?

S.D: I worked mainly from archives: those of the institutions studied – UNESCO and UNITAR in particular – as well as those of key figures such as Elise Boulding, an American sociologist and pacifist activist, who became a futurist, corresponded with many experts on the future, and participated in many forecasting conferences. Her archives, kept in Boulder, Colorado, are a real gold mine for understanding the evolution of the ‘humanist’ discourse on the future and the construction of international networks of futurists interested in the study of ‘long-term global problems’.
I also met with some of the experts who helped develop this forecasting work. They felt they had shed light on problems that had been ignored until then and enabled thinking about the future in a global way.

Does this kind of work still exist? Are there any apparent trends that could help convey their own future? 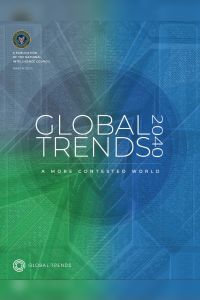 S.D: Yes, forecasting studies on global issues still exist, and they are multiplying. On the other hand, the context in which they are carried out has changed considerably. The large international organisations in the UN system no longer produce prospective studies that are as general as in the past. The studies carried out within international institutions generally focus on a specific issue, such as the climate for those produced by the Intergovernmental Panel on Climate Change (IPCC). In parallel with this evolution towards a specialisation in forecasting studies, we note a significant increase in private programs: more and more companies have a forecasting department tasked with enlightening them on the future context in which their activity may unfold.
The evolution is very paradoxical: forecasting has, in a way, become commonplace. At the same time, it has failed to institutionalise and become a discipline in its own right, which is what futurologists in the 1960s–1970s wanted. Today, experts are specialised in a specific area rather than on the future in general, and there is no real university degree in forecasting.
Nevertheless, this goal of creating a coherent field of expertise devoted to the study of the future seems to be resurfacing today. This is illustrated, for example, by the opening at Sciences Po of a course dedicated to forecasting within the ‘Innovation & Digital Transformation Master’s degree program’, or by the efforts of the 2100 Foundation Foundation program to promote training and research in forecasting. It should also be noted that forecasting work continues to be produced at the state level. This is notably the case for the reports produced every four years by the CIA’s forecasting body – the National Intelligence Council – which considers the main trends in societies worldwide. The latest report (published this spring) addresses environmental issues, the rise of artificial intelligence, and other factors such as the consequences of the pandemic and demographic trends. This work involves many partners, both public (national and regional bodies, universities, etc.) and private (consulting firms). 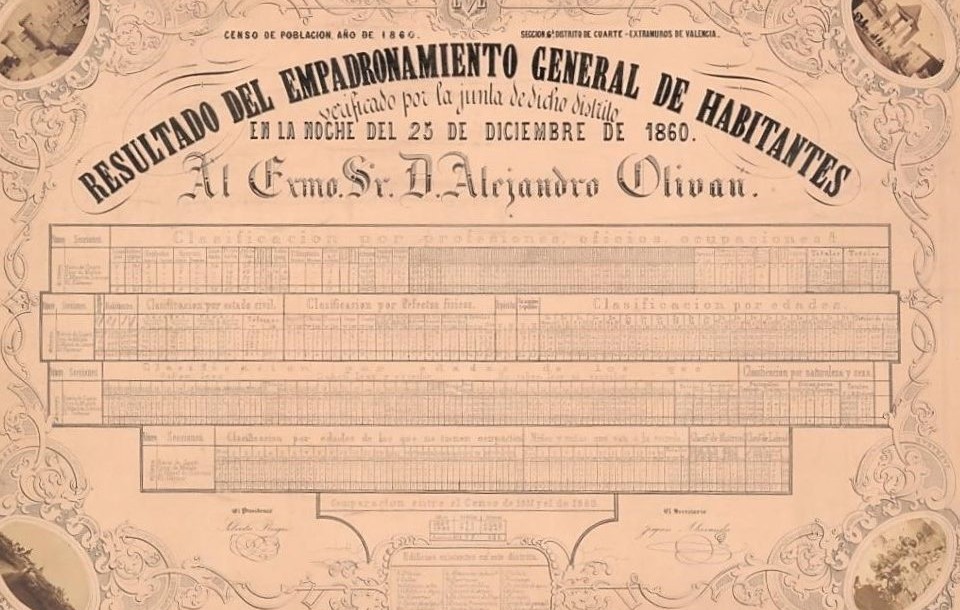 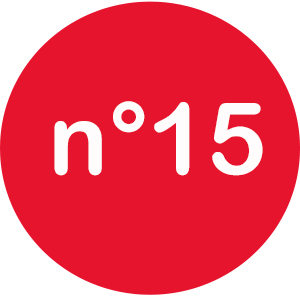 Creative Commons Attribution-NonCommercial-ShareAlike
Writing the History of the Future