To describe law is to transform it 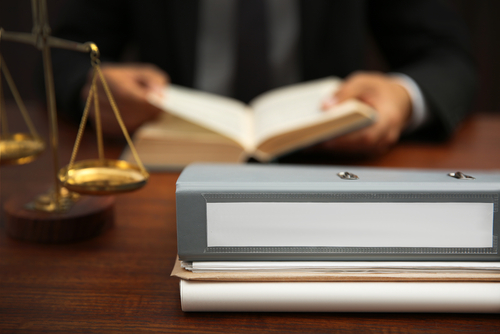 Day after day thousands of lawyers produce writings – memorandums, academic articles, pedagogical material, etc. – that do not have the force of law in the strict sense of the term. However, they are widely used and are actually very important legal vehicles. 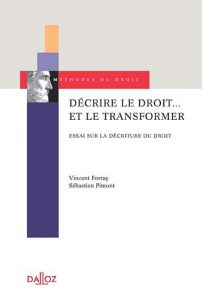 How can they be characterized? What is their place in the world of legal literature? How are they produced? These are the questions that Sébastien Pimont, a professor at Sciences Po’s law school, and Vincent Forray, professor at McGill University, seek to answer in their book “Describing law … And transforming it. Essay on descwriting law* (Dalloz, 2017)”. Explanations.

In common parlance, to describe means to “provide a description”. You say that when lawyers describe the law, they are doing much more. To designate this phenomenon you invented the word descwrite. What does it mean?

Sébastien Pimont: It means that when lawyers describe the law they transform it. This transformation does not result from a desire to change the law. The “describers” do not realize that by choosing their references, ordering them and synthesizing them, they are changing the law. Yet all lawyers describe the law daily. Moreover, we observed that while descrwriting appears to be an individual activity, it is actually a massive and collective phenomenon.

S.P: Lawyers are part of a community united by common references that are the raw material of their trade: 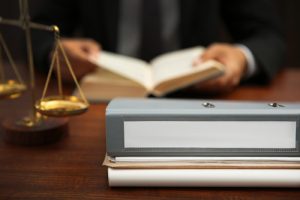 practices, laws, ordinances, jurisprudences, etc. Regardless of how they see things, they share this common background. Moreover, they share similar training and their work methods are virtually identical. Third, they constantly draw on the work of their colleagues, cite each other and develop what was described before them. A lawyer’s writings are actually monitored in a way: they are not only used, but also commented on and criticized. As a result, a chain of sorts forms between the writings of this community.

What are the effects of descwriting law?

S.P:  It brings the law to life. It gives the “described” texts more legitimacy. Another effect is that the moment a text is described it is removed from political and moral debate and joins the technical world. Descrwiting also de-historicizes the text that it describes. The text is separated from its context and the reasons for which it was produced.

Why did you study this question? What issues does it raise?

S.P: The main reason was to fill a gap. Lawyers essentially focus on two aspects of their subject: its production by legislators and the meaning that practitioners and judges give it. The question of its form – and implications – is almost never studied. Yet this form is the product of the massive phenomenon of descwriting.

Besides this aspect, we saw a “political” issue. As I have said, descwriting transforms the law without its practitioners being conscious of doing so. It is important to make them aware that their description of the law transforms it. To realize that description is not neutral leads one to ask questions, such as, why choose one reference over another? Why order them in this or that way?

S.P : An example is an article of the civil code that was amended in 1936. This amendment established that debtors in difficulty could benefit from a grace period to reimburse their debts. A famous lawyer interpreted this amendment – that is, “described” it – as creating a right to not pay debts. But is was also possible to refer to the literature in economics land consider that the amendment would facilitate repayment, or to refer to literature itself – for example The Grapes of Wrath – to create empathy for people ruined by economic crises. That is what we mean by bringing the law to life.

To the extent that no legal tool enables analysis of this descwriting, how have you proceeded? You refer to “bricolage” – a term that Levis-Strauss has used to present his method. How did you pursue bricolage?

S.P : We had to exit the legal world to the extent that descwriting is not exclusive to legal subjects and does not have a normative character. We had to use “alternative” approaches such as literary theory, philosophy, sociology, etc.