The secrets of the Hermitage 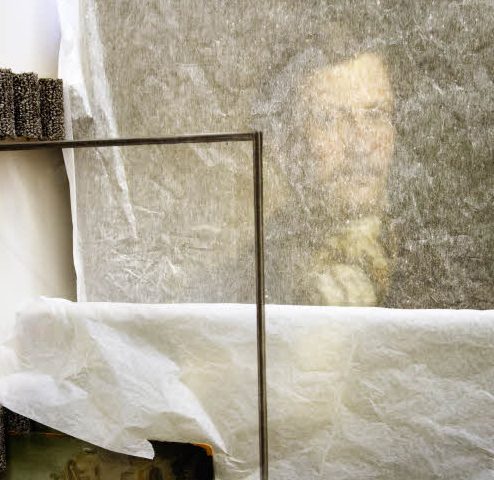 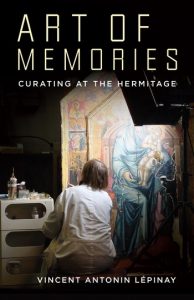 In his book “Art of Memories. Curating at the Hermitage ”, medialab sociologist Vincent-Antonin Lepinay examines the vicissitudes of the great Hermitage museum since the 1917 revolution. He analyzes its history as a crating of works and people. So many boxes are spread across the museum – its building, galleries, displays, reserves, and offices, as well as the warehouses and crates used to transport them.
This perspective on and into boxes enables the telling of a history marked by a massive influx of works confiscated during the revolution, and of war trophies after World War II. It is also a history marked by the recirculation of these works during sales at the beginning of the 1930s, and the safekeeping of collections throughout the Leningrad blockade during World War II. Finally, it is the history of the distancing of a population – the “hermitagers”, or эрмитажники in Russian – entrusted with the conservation of bourgeois collections that had become toxic from the perspective of the Bolshevik party’s censors, and confined within the museum. These nested boxes structure memory and oblivion, absent which “hermitagers’” attachment to their museum cannot be understood.
The crating is neither an error nor a detour from what should be a path towards making works public. On the contrary, from the gallery to the museum, to the container in the Geneva Free Ports and Warehouses, this crating in between moments of visibility and invisibility is central to the valorization of the works. 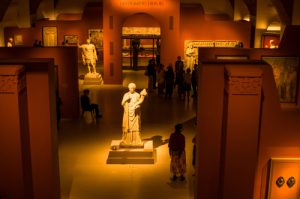 A work’s aura does not float like a sacred vapor cloud. It materializes in its surroundings, and especially the crate that determines its visibility, such as the premise of a face-à-face with the work that allows it to appear as a revelation to visitors. The aura is therefore more attributable to a work’s removal than to its exhibition.
The simple principle of rarefication of a work temporarily made invisible is well understood by players in the arts. The work’s aura lies in the crate that opens, and its value, in its presence under the lid. The museum’s restorers, conservationists, and curators believe that absent the boxes and other displays that keep visitors at a distance, the works would not withstand the wear and tear over the years, and visitors’ clumsy examination and manipulation of the works. The crates have an additional virtue: they are always full of surprises, like nutshells that do not easily reveal the content they hold outside of our view. Be they big or small, these crates tasked with preserving works enable the surprise of the works’ (re-) discoveries.

From galleries to reserves 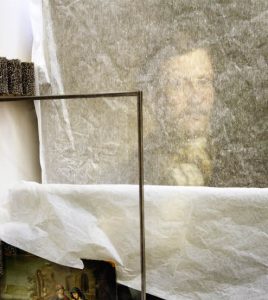 Take the case of the big crate – the museum’s building. Opening it is striking enough. The Hermitage involves thresholds and journeys through a concatenation of crates that punctuate the path towards accessing the work.
But if we jettison the perspective that drives most narratives about museums – the narrative of access to the work – another phenomenon of holding back collections appears, giving the museum its full meaning as a crate. Indeed, its walls contain an accumulation of works that makes them disappear: the conservation areas – basements and climate-controlled spaces to preserve works – are spaces in which treasures are forgotten.
Everything is there, housed between four walls behind which the accumulation of crates – with their stacking mutually hiding them – ensures their disappearance and rediscovery, accompanied by the joy and excitement over a past that becomes tangible in a corner of the basement. 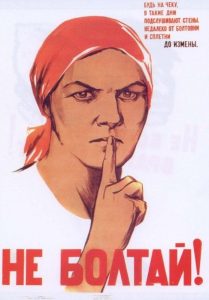 While the people committed to maintaining the works extol the virtues of crating, the new era of conservation, and mobility between museums, they omit that the term “maintenance” does not evoke the repeated exploration that crating and crate-opening creates. Indeed, rediscovery of the works also flows from their placement in containers to move them. Once they arrive, they are inspected, turned around, and seen in a different light. They are presented to a different audience to which they are open to close inspection. The crates thus do not only serve to preserve a value established from afar by experts or inflated by speculative madness.

The end of Soviet confinement

These discoveries and openings also change the life of museums’ staff. This phenomenon is especially intense at the Hermitage, since during the Soviet era staff working on collections could not communicate anything about them. While crating is the manifestation of the modern imperative to tally and classify works, it also re-enchants the collections and the “secret” museum work cherished by the Hermitage museum’s staff.
With crating, the choice between memory and oblivion is overturned by new ways of exploring works. This dynamic is shared by the museums, which all alternate between the imperatives of collection (acquisition and restoration) and presentation (exhibition and valorization of the works). This allows for thinking of museums not as places of memory or oblivion, but rather as places of rediscovery. 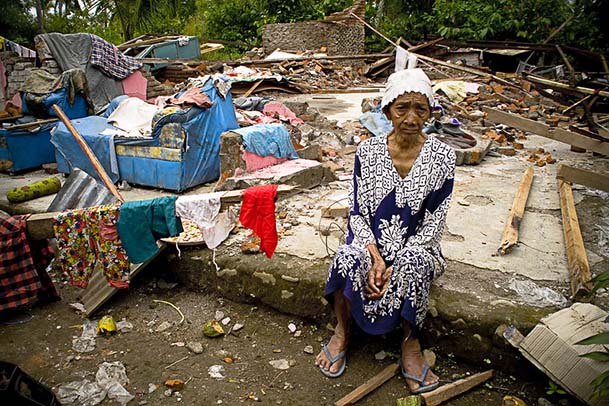