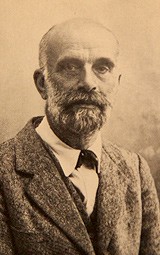 A theorist of Liberalism and the Crisis of Democratic Societies

By Marie Scot, Centre of History

A philosopher by training, a historian by profession, and a socio-politician by practice, Élie Halévy’s career is a testament to the emergence of a new approach to knowledge production at the turn of the 19th and 20th centuries.

After graduating from the École normale supérieure with an agrégation in philosophy in 1892, Élie Halévy founded the Revue de métaphysique et de morale [Journal of metaphysics and morals] in 1893 and published his thesis on The Platonic Theory of Science three years later. However, several developments were unfolding at the time that would determine his trajectory: a professional conversion from the university cursus honorum to the École libre des sciences politiques, a disciplinary shift from philosophy to history, a geographical shift from the Greek shores to English coasts, and a chronological shift from Antiquity to the present. In 1897, Sciences Po director Émile Boutmy entrusted him with six lectures on the theorist of utilitarianism and liberalism Jeremy Bentham. Deemed successful, this teaching experience recurred in 1898 in the form of a course on The History of Ideas and the Public Spirit in England, followed in 1901 by a second course on European Socialism. He would go on to teach these two courses for more than thirty years. Faithful to the credos of Sciences Po, he tried his hand at comparative approaches by exploring the English field, delving into the immediate history of the 19th and 20th centuries, and rejecting disciplinary confines by bridging philosophy, history, political science, and political economy. 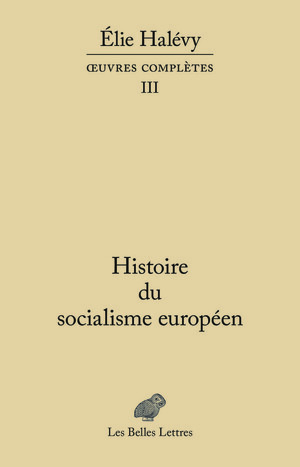 As a ‘philosopher-historian’, Élie Halévy maintained an undefined and fluid disciplinary identity at a time when the social sciences were slowly becoming independent and institutionalised. ‘Writing a history of political ideas does not have to mean avoiding […] consideration of economic, religious, and literary factors […], nor does it mean neglecting the history of facts(3)Élie Halévy, “Political science courses: history of the public spirit in England from 1760 to 1840”, sd. ca. 1898-1899, in Id, Études anglaises [English studies], volume V of the Complete works of Élie Halévy edited by Marie Scot, Paris, Les Belles Lettres, 2021, p. 48-118, quote p. 57.. His studies on the birth of methodism, on the formation of political radicalism, on liberalism and utilitarianism, on the History of European Socialism, and on British imperialism, inextricably linked ideology and politics, economics and social dynamics, culture and religion, and the local and the international, taking a global perspective.

Attentive to how doctrines are produced, disseminated, and received, Halévy systematically put them to the test of historical facts. His analysis of the workings of decision-making and the limits of the actors’ agency during political reform or a diplomatic crisis, contributed to the field of administrative history. After delving into the power of mass movements – evangelism, anti-slavery, free trade, chartism, socialism, and nationalism – he depicted a social and cultural history of political mobilizations that was sensitive to the role of representations, religion, propaganda, and the press in the formation of public opinion.

To do so, Élie Halévy drew freely from the investigative tools of history (using archives and an internal and external criticism of sources), philology (translation and publication of texts and sources), and emerging political science and sociology (interviews, field surveys, participant observation). An avid reader, he appropriated scientific literature by unreservedly embracing the art of critical reviews and was involved in French and British scientific controversies. Through his work and investigative methods, and theoretical and methodological approaches to global history, Élie Halévy thus contributed to the emerging research world in the humanities and social sciences.

‘I am a Frenchman writing a History of England’

Recognised as one of the leading/preeminent French experts on Great Britain, Élie Halévy bridged the two sides of the Channel, the French and British academic and intellectual worlds, and the two great European liberal powers, which were sometimes allies and often rivals. His work is worth rereading as Brexit and mutual misunderstandings weigh on the Euro-British relationship.
While his work is part of the French liberal and Anglophile tradition in English studies, the Great Britain studied by Élie Halévy is not the abstract political and legal system of the Enlightenment philosophers and Doctrinaires. Nor is it the ‘milieu’ in which the ‘English race’ was forged, according to the deterministic theories of the psychology of peoples developed by Hippolyte Taine, Émile Boutmy, and André Siegfried. Élie Halévy’s Great Britain is a laboratory for the in vivo observation of liberalism and socialism, which he sought to study in all their formations, mutations, and intellectual hybridisation to the same extent as the political experiments, the national specificities, and the historical failures. 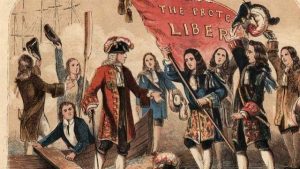 William of Orange being welcomed to England during the Glorious Revolution. Droits inconnus.

The inter-Channel world is also conducive to the comparative perspective and the analysis of circulations that Élie Halévy favoured. As a precursor of comparative and global history, he studied the English understanding of the American and French revolutions. The latter, interpreted in light of the Glorious Revolution and utilitarianism, was controversial and contributed to the emergence of two competing conceptions of liberalism (Political science courses, 1899). In his articles devoted to The Birth of Methodism, he describes the circulation of religious theories and practices from Germany to Great Britain, via the United States. In a pioneering manner, and in keeping with his field – a more or less (dis) United Kingdom – he sought to analyse the multilevel interplay by integrating the regional level.

Reluctant to study France, because it was too emotional and familiar of a subject, and spared by ‘the German crisis of French thought’, Élie Halévy found in the English field the ‘right distance’ to his subjects. Decentring formed an antidote to methodological nationalism and ethnocentrism, which did not spare the scientific field in the era of nation states. Aware that the social sciences cannot escape the ‘point of view’ constraint, Élie Halévy tracked down the interpretive biases provoked by national pride, exposed national prejudices and stereotypes, and pushed for a de-compartmentalised perspective both in science – via familiarity with British scientific production and academic circles – and in politics. In his writings on European diplomacy and British foreign policy before and after the war, he expressed a dissonant voice on the genesis and nature of the Entente Cordiale, the responsibilities of World War I, and the achievement of peace.

A Democratic Intellectual in the Age of Tyrannies

A ‘democratic intellectual’, to use the expression coined by Vincent Duclert(4)Vincent Duclert, Introduction « Élie Halévy et L’Ère des tyrannies. De l’historien philosophe à l’intellectuel démocratique », in Élie Halévy, L’Ère des tyrannies, édité par Vincent Duclert, Paris, Les Belles Lettres, 2016, p. 23-41., Élie Halévy continuously studied European societies afflicted with liberal fatigue, the crisis of representative democracy, the failures of democratic socialism, the pitfalls of imperialism, and the assaults of nationalist passions. His clear-eyed analysis touches on many of our contemporary concerns.
Born in September 1870, four days after the French defeat at Sedan by Prussia, Élie Halévy witnessed the last gasps of the first political and economic liberalism, until then defended and embodied by the great British power. His contemporary writings on philosophy and political economy probe the impasses of economic liberalism in relation to Marxist theory (Thomas Hodgskin, The Distribution of Wealth) and the pitfalls of ‘organisational socialism’ (The Economic Doctrine of Saint-Simon). His study of British imperialism (England and its empire) underscores the contradictions that plagued the great liberal power in the imperial age, exacerbated by the nationalist turn of the 1890s and the abandonment of free trade. 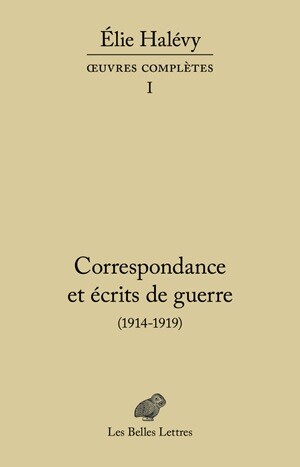 Reduced to public silence during the Great War, during which he worked as a military nurse, Élie Halévy reveals the subtleties of his ‘reasoned patriotism’ in his private correspondence. Although he considered the war necessary because it was defensive, he always deemed it absurd and refrained from participating in propaganda operations and sinking into anti-Germanism. He also developed the conviction that peace would be short-lived. Thus, Élie Halévy revised his work plan and areas of study at the end of the global conflict to address current events and integrate the analysis of international relations. The Entente Cordiale and the march to war were the subject of numerous articles in which the historian went over war responsibilities, which he considered to be shared, the peace agreement, which he condemned for its intransigence, and the principle of nationalities, which he believed were inapplicable and dangerous.

Pessimistic about the prospects for democratic socialism, whose contradictions he underscores, as well as the capacity of liberal democracies to resist tyranny, he nevertheless expressed reasoned optimism until his death in 1937, fuelled by his confidence in the ‘greatness, decadence and persistence of liberalism in England’ and in the moral, philosophical, and political strength of the democratic ideal, which he sought and worked to intellectually rearm.