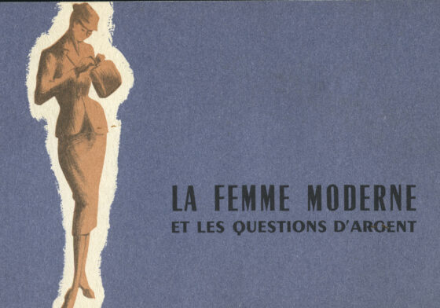 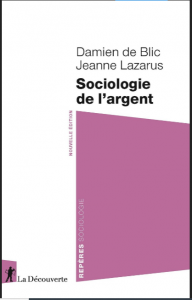 Money is part of every sphere of modern life. The financial crisis of 2008 affected economic and social situations in many countries, and has been analysed by many researchers, including economists. However, they are not the only ones: sociologists have also looked into this topic, considering not only its financial aspects, but other dimensions too. In the wake of this crisis, Damien de Blic, political scientist at Paris 8, and Jeanne Lazarus, sociologist and CNRS research fellow at the Sciences Po Centre for the Sociology of Organisations, felt the need to re-write and republish ‘Sociologie de l’argent’ (Sociology of money), first published in 2007.
No-holds-barred interview with Jeanne Lazarus.

In 2021, you are republishing your book, after a thorough revision. You describe the 2008 subprime crisis as a turning point, notably in the academic world. What changes have you observed?

Jeanne Lazarus: The subprime crisis obviously had a number of severe economic and social effects, but it also had repercussions in the world of academia. Although works analysing finance and money dates back well before 2008 – the first edition of our book was published in 2007 – the subprime crisis attracted much more attention to these topics. The number of research projects on financial subjects increased significantly, as well as interest in sociological topics, such as credit or household spending. For instance, explaining the credit choices of American families implies considering not only the credit market, but also state regulations, the employment market, family relations, investment models, the place of debt in a life cycle, etc. Similarly, the crisis cannot be understood without bearing in mind the all-important relationships of class, gender and race.

What is the sociology of money? How can such a broad, multidimensional topic be approached? As well as economic and social aspects, there are moral and religious dimensions to money too… 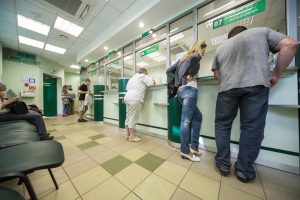 People are queuing for service in Department of Sberbank of Russia, 2013 in Moscow © Pavel L Shutterstock

J.L: Yes, the sociology of money is a potentially infinite field since money is present almost everywhere(1)Jeanne Lazarus, Household Money, a Policy Issue, Cogito, November 2019 . We try to consider all the dimensions of social life that participate in the landscape in which monetary practices evolve. Our ambition is to bring money-related issues to the attention of as many people as possible, including sociologists, regardless of their fields of study. Money is present in one way or another in so many areas ranging from families to work, school, gender, childhood, the State, and so on. This is why we suggest that it is a social institution, i.e. it is associated with norms and values that are imposed upon those who use it. Even if these norms are violated at times, they are well known to the individuals who interact. A specific difficulty in this field of sociology is that it deals with a subject that carries a particularly heavy moral weight.

How can these difficulties be overcome?

J.L.: The ‘axiological neutrality’ requirement – the rule that demands that sociologists keep their own personal judgements from influencing their work – is particularly difficult to reach in this field. The solution that we have found is to expose the morality of money, to establish its genealogy and to attempt to understand in which cases our opinions on money are formed.
The other major challenge lies in the investigation: since money is present in almost every sphere of social life, where should we begin? Where should we be looking, and at what? Sociologists have deployed their skills to examine all forms of money and particularly the social relationships that it creates and transforms. This book presents various approaches in a research field that began with the very first sociologists, and is continuously improving.

In terms of the French attitude to money, you prefer the term ‘embarrassment’ to ‘taboo’. How does our position compare with that of other European countries and the USA, where money is freely discussed?

J.L.: We think that there are two misconceptions: the first is that the French do not talk about money and the second, that people elsewhere, notably in the USA, talk about it more openly. These notions are not upheld by our research. As someone who works on money, I can guarantee that the topic is omnipresent! Just switch on the radio or the TV, open a journal or a magazine, and you will find countless mentions of money, pay, property, etc., even in France. The question of rich and poor people is common enough in political discussions. From François Hollande who claimed not to like the rich in 2006, to Emmanuel Macron, who has been described as the ‘President of the rich’, like his ante-predecessor, Nicolas Sarkozy, etc. Similarly, social movements increasingly bring money issues into the spotlight.
Conversely, money is not discussed all that easily elsewhere. This has been proved by various studies on money in the USA, such as the work by Caitlin Zaloom, professor at New York University, on financing higher education(2)Caitlin Zaloom, Indebted: How Families Make College Work at Any Cost, Princeton University Press, 2019, which reveals that parents do not tell their children everything. The book Uneasy Street(3)Rachel Sherman, Uneasy Street. The Anxieties of Affluence, Princeton, Princeton University Press, 2019..  , by journalist Rachel Sherman, describes the super-rich in New York who try to hide their wealth (4)For France, see Anne Brunner et Louis Maurin, Rapport sur les riches en France, 1ère édition, Observatoire des inégalités, 2020. 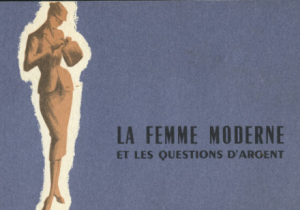 We use ‘embarrassment’ rather than ‘taboo’ to indicate that money is a subject of discussion that requires special care. Every society has its own ways of talking about money, but everywhere the topic is not addressed in the same manner to everyone and not all aspects are discussed. Boundaries indicate the place of money in the conception of society. For a long time in France, people were only looking at social inequalities based on academic and professional success. However, the increase in monetary inequalities, job insecurity and the erosion of certain welfare measures have led to a change of perceptions in society and economic boundaries have moved over the past few decades. For years, French sociology ignored the inequalities of economic capital, preferring to focus its research on the inequalities of cultural capital. Although the contribution of such research has not been abandoned, researchers are now showing increasing interest in economic capital.

Will the growing use of electronic payment methods and the appearance of new currencies (cryptocurrency, bitcoin, etc.) lead to the demise of cash? 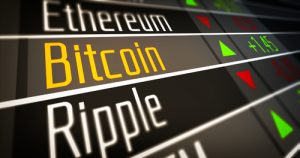 The disappearance of cash has been predicted for a number of years: multiple innovations have accelerated the development of electronic payments, improving their security and reducing their cost. The Covid health crisis further boosted their use and caused a decline in cash payments. However, cash continues to circulate massively and the countries that were planning to go cashless are changing their minds. The most famous example is that of Sweden. A few years ago, the Swedish government was considering going cashless and yet a law was enacted in January 2020 to ensure that it would remain possible to use cash to avoid the social exclusion of seniors, children and people with disabilities. In the Euro zone(5)Cf. « L’utilisation des espèces en France et dans la zone euro », Banque de France, mars 2021., cash is far from disappearing. In 2019, it was still used for 73% of payments in shops and the number of bank notes in circulation continues to rise – often for use as a means of storing value (i.e. to be kept at home or in a safe) rather than a means of payment.

You show how inequalities develop between the ‘ultra-rich’, who benefit from the financialization of the economy and the declining protection provided by the welfare state, and the increasingly large population of poor people who face great difficulties. How is a threshold of wealth defined? 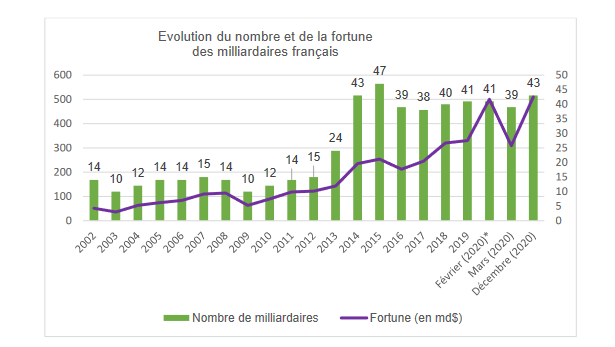 Source: Rapport Oxfam The Inequality Virus Bringing together a world torn apart by coronavirus through a fair, just and sustainable economy, January 2021

J.L : The very possibility of defining a wealth threshold is the subject of heated debate because, of course, it is not just a technical matter, but a question of how society and its structure are represented. One option is to mirror the wealth threshold to the poverty threshold(6)Cf. « France, portrait social », INSEE, édition 2019.. The poverty threshold is defined as half (or sometimes 60%) of the median income and the wealth threshold could therefore correspond to twice the median income. The French observatory of inequalities thus proposed the figure of €3,470 per month in France in 2020, considering 5 million people to be wealthy.

However, this calculation is not satisfactory for various reasons: like poverty, wealth has many dimensions and the monetary threshold lacks substance. Furthermore, measuring income without considering capital neglect one essential element of what constitutes wealth. But most importantly, wealth develops exponentially. In statistical terms, we say that wealth has a wide dispersion: it may never stop. A family living comfortably and a billionaire at the head of an industrial empire might be called rich using such thresholds, but their social experiences and the role they play in the inequalities generated are hardly the same. Wealth is a ‘new’ challenge for sociology, qualitatively and quantitatively. Various projects are currently in progress to measure or define wealth and to consider its origins, its reproduction, its unequal distribution in terms of social class, geography, gender and even age. ‘Super rich’ has become a buzzword used by both sociology books and social movements. The return of massive wealth, reminiscent of the end of the 19th century, is one of today’s major political topics.