Public – Private Cooperation, the Solution, or the Cause? 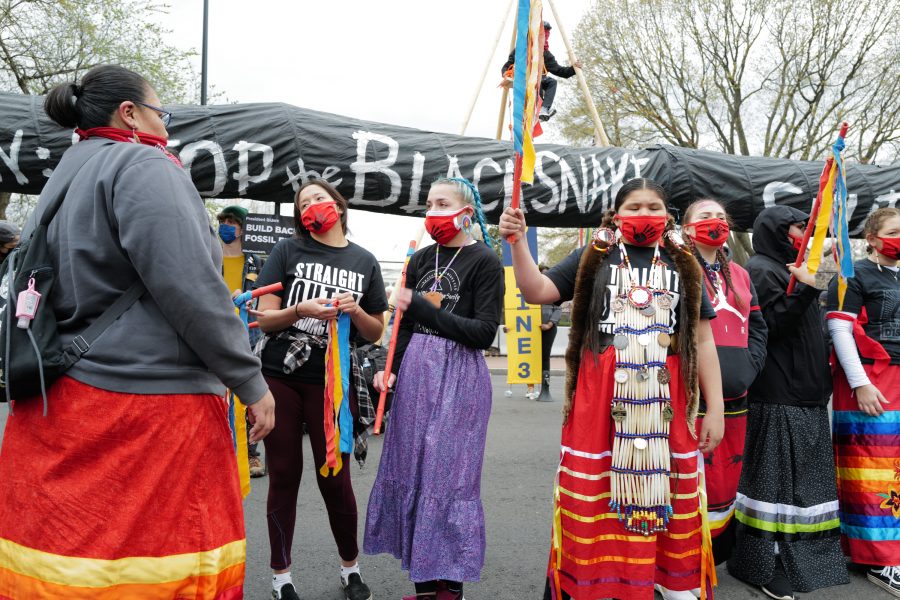 “The relationship between Native nations and their environment is sacred. It is the foundation of their cultures and worldview.”

U.S. Senator Akaka accurately captures the heart of why Native Americans are among the most prominent activists fighting climate change. Native American tribes are intimately connected to their tribal land. Their ancestors have been living off the land long before settlers came to America. Such a sacred connection is now at risk of being destroyed by climate change. Climate change is a serious threat to the subsistence, the lands and the resources, and the wellbeing of the Native Americans. As stated by the National Congress for American Indians, increasingly intense wildfires, the decline in the availability of local species, and the deterioration of existing water resources have already ravaged Native American lands, disrupting their ability to live off the land.[1]

Native American youth: the next generation in charge of the crisis

For indigenous youth, climate change is not a new phenomenon. Disproportionately, U.S. indigenous communities have been affected by the consequences of climate change, such as decreased access to clean water, deteriorating natural resources, and extreme natural events. Indigenous community health is also being affected because of the considerable effects of climate change on Native American reservations. Due to rising temperatures, there have been increased incidences of heat deaths and a surge in flooding, which minimizes indigenous access to healthcare providers.[2] For some communities, the rise of melting permafrost due to climate change has completely upended communities. Particularly in Alaska, more than 30 Native Villages in Alaska have already or are in the process of relocating their entire village due to this melting permafrost.[3]

Indigenous youth have not stood by while these changes to their communities have occurred. Instead, they have mobilized around common values and have used non-governmental organizations and civil society platforms to amplify indigenous youth voices in the fight against climate change. These youth fighters for climate change are not focused on the short-term solutions but instead focus on long-term strategies to mitigating climate change. This strategy aligns with the Native American traditional thought, where we as a society must strive to continuously live harmoniously with the land.

Native American youth feel the weight of this climate crisis in a particular way because their own communities see them as the next generation in charge of the protection of the community’s traditional land. By passing on this climate crisis to a new younger generation, immense pressure is put on them to fix this crisis. This generation has taken the climate challenge head on through approaches such as transnational solidarity and the expansion of indigenous youth movements into international policy spaces. Native American youth leaders have made a positive impact in the fight against climate change and across the world, by significantly expanding the outreach of indigenous youth-led organizations.

Native American youth have also used a phenomenon unique to their communities to unite their climate activists across the nation, despite the differences between tribes. This phenomenon is the intergenerational trauma that is a product of the injustices committed by the U.S. government and others against these communities. These shared experiences of intergenerational trauma have proved central to the unification of indigenous communities around the globe.[4] For example, at the 2018 United Nations Climate Change Conference, elders from New Zealand’s Maori tribe connected youth from across the world by demonstrating that shared experiences translate into transnational solidarity.[5] In other words, solidarity can be used to bring communities together as one collective group, who can then exert pressure on the international community to make progress on climate change.

One of Earth Guardians’ most important objectives is to allow Native American youth to undertake legal action in response to the effects of the climate crisis in their communities. For example, “In 2015, 21 youth (including Native American youth), and organizational plaintiff Earth Guardians, filed their constitutional climate lawsuit, Juliana v. United States, against the U.S. government” for its involvement in furthering climate change.[6]

By being youth plaintiffs (through an organization such as Earth Guardians) in U.S. federal court cases like Juliana v. United States, Native American youth have access to legal tools that have the potential to hold the U.S. government accountable for climate change.

Earth Guardians has now successfully spread its network of indigenous youth climate fighters into India, Mexico, Brazil, and Africa.[7] Earth Guardians is not the only indigenous led youth movement to stretch its reach abroad. In fact, Native American youth led organizations have pushed for global climate action. In international forums like the UN Climate Negotiations, indigenous youth groups, like the Te Ara Whatu and SustainUSA, have come together to demonstrate that climate change is not a distant issue by meeting personally with UN delegates and world leaders, putting a human face to this issue. This type of action will not stop in the near future because Native American youth will continue to fight for climate action. This is because the existence of their tribal communities is at stake if there is no meaningful change.

*This Blog Entry was selected for publication under the call with the subject: How can youth mobilize effective climate action at scale?