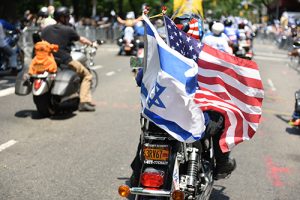 Do diasporas develop long-distance nationalism that expresses itself in a very radical way (uncompromising and extremist) and helps strengthen the ethnic identity of the “dispersed”?   This is the question explored by Alain Dieckhoff, CNRS research director and head of Sciences Po’s Center for International Research, in his article The Jewish Diaspora and Israel: belonging at distance (Nations and Nationalism, April 2017). Here he presents his approach and findings.

“With this work, I wanted to empirically test the double hypothesis of long-distance nationalism that had been put forward by political scientist Benedict Anderson, a major theoretician of nationalism at the end of the 20th century (with Ernest Gellner and Anthony Smith). I chose to do this by focusing on the case of an archetypal diaspora, that is, the Jewish diaspora in the United States, which includes 5.2 million people representing 70% of the global Jewish diaspora. It was therefore a “significant field of study”. Moreover, the large amount of data gathered by major American-Jewish organizations made the study possible. I was able to create a comprehensive picture of the attitudes of American Jews towards the State of Israel.” 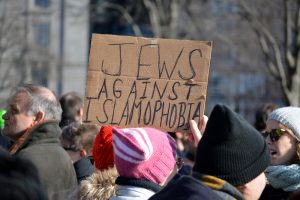 The first, unsurprising observation is that attachment to Israel is high, experienced by 70% of respondents. However, the second observation is unexpected: this attachment is far from fused with rightwing political positions and support for the uncompromising nationalism pushed by the Likud party that is currently in power in Israel. There are obviously Jews unequivocally toeing this ideological line, but they are a minority. The majority holds a moderate political position and supports a compromise on the Palestinian issue. This situation explains the resonance of the JStreet advocacy group, which lobbies US Congressmen for a two-state solution – a perspective that breaks with irredentist nationalism. While they could theoretically adopt unbridled pro-Israeli nationalism, since such a political position would in no way harm their situation in the United States, most American Jews choose the principle of responsibility by defending the idea of a territorial compromise in Israel/Palestine.

Benedict Anderson’s second hypothesis is that long-distance nationalism is a means of strengthening ethnic identity. What exactly is the situation in the case at hand? First, while attachment to Israel is generally high, it also varies greatly depending on the religiousness of American Jews. Thus, 68% of Orthodox Jews claim to be emotionally attached to the State of Israel, while only 24% of those who define themselves as “just Jewish” (with no religious affiliation) feel that way. All the available data converge: the pro-Israeli engagement of American Jews is more pronounced if they are religiously practicing ones.

The conclusion is obvious: a “pro-Israeli” stance is linked to individuals’ religious affiliation. It does not act as a substitute allowing non-religious Jews to gain a strong ethnic identity. This actually needs to be taken one step further: the more American Jews are secularized the more distant they are towards Israel, making any form of long-distance nationalism impossible over time. When ethnicity becomes too symbolic, it increasingly risks disappearing to the point where long-distance nationalism can no longer help: it cannot reinvigorate already weakened identities.

The need for a comparative approach

The invalidation of the double hypothesis posited by Benedict Anderson – with whom intellectual dialogue is unfortunately no longer possible (he died in December 2015) – on the basis of the Jewish “model example” relativizes the general validity of his intuition. More systematic studies would be needed on other diasporas, be they ones supporting an existing state (Turkey) or ones promoting a nationalist movement aspiring to create a sovereign state (Kurds, Tamils) to better identify the methods, variables and modus operandi of long-distance nationalism. Again, as always, a more comparative approach would enable a better grasp of the sociopolitical complexity.