Why does the State want to govern our behaviour?

Blasphemy is as much political as it is religious 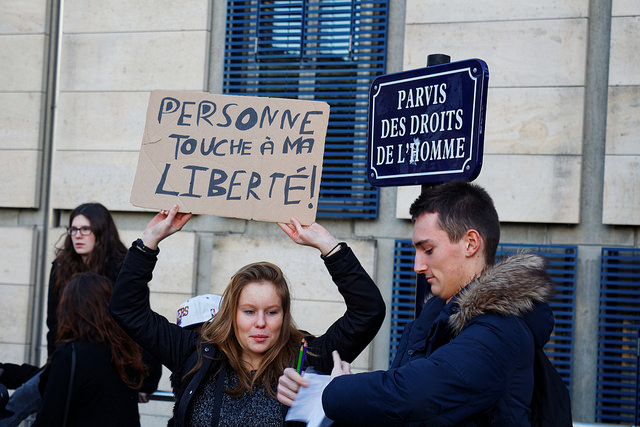 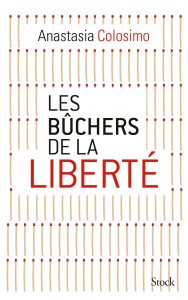 In her book, Les bûchers de la liberté, (The stakes of freedom), Anastasia Colosimo, a PhD student at Sciences Po, analyses the highly topical notion of blasphemy and its evolutions. She reveals to what extent its use is still deeply ingrained, even though it should have disappeared in secular societies, and how its new forms can be dangerous. Explanations.

I quote: “This essay was born out of the certainty that future stakes are incubating behind yesterday’s barricades”. What do you mean?

Anastasia Colosimo: This statement refers to the fact that one form of excess leads to another. While we have historically been guilty of not sufficiently protecting our minorities, we have now made community membership sacrosanct, thereby precipitating national disunion. In this book my idea was to show how the laudable intention of protecting people’s freedom of expression has to the contrary significantly limited it.

You say that blasphemy is a political instrument and not a religious issue?

A.C.: Let’s say that it is a fundamentally theological-political issue. Until the West entered modernity, political community and religious community were one and the same. Monarchy by divine right is a good example of this. To blasphemy is to de facto exclude oneself from one’s religious and political communities, since attacking God threatens the truth that underlies political authority. There are other examples outside of monotheisms: in Ancient Greece, for instance, Socrates was convicted of impiety.

Thus, whatever the religion, blasphemy challenges an established order linking temporal and spiritual power. In this sense blasphemy is as much political as religious, and its prohibition is a political issue. This is also why any separation between church and state should have led to its elimination.

How can blasphemy be defined today? Does it concern all religions?

A.C.:The notion of blasphemy has evolved throughout history. Today, as in the past, it concerns all religions, but not in the same way. For example, in many Muslim countries that are theocracies or have political systems where temporal and spiritual power are very close, the prohibition of blasphemy has become a means to repress minorities.However, in the West, despite the laicisation and secularisation of societies, blasphemy is still considered an offence.

A.C.: Since it is no longer possible to speak of prohibiting blasphemy in secular societies, faith groups had adopted the language of modernity and refer to “ offence to believers”. The impossible debate between a religious argument (prohibition of blasphemy) and secular argument (freedom of expression) becomes a systemic debate between two human rights, that is, the protection of others or protection of the feelings of others, and freedom of expression.

And this is how humanists came to embrace the protection of the feelings of believers, by upholding it as a fundamental right, even thought it covers a purely religious reality.

What role has French legislation played in this transformation?

The press law of 1881 was strong enough to withstand the scourge of collaboration and the meanders of decolonisation without ever undergoing substantial change. It is not until 1972 that, in an international context of challenges to racism and a national context of rediscovery of the Vichy past, the Parliament unanimously passed the Pleven law and amended the 1881 law with a prohibition on incitement to hatred, violence and discrimination, as well as on defamation and insults to a person or group of people because of their ethnicity, nationality, race or religion.

Do you believe that the creation of groups of victims is the most pernicious element?

A.C.: Yes, the wording of this law is perplexing because it places ethnicity, nationality, race and religion on an equal footing, which shows that at the time religion was not the issue. The religious issue made a big comeback at the end of 1970s. But what is most surprising is that not only could individuals now file complaints, but also “any association that has been properly registered for at least five years from the time of the incident, and that aims, according to its statutes, to fight against racism”. This law marked a fundamental shift in understanding the limits of freedom of expression, in the sense that it opened the door for associations to file complaints on behalf of communities, thereby reproducing the American model of class actions.

How has this been manifested in France?

A.C.:The most instructive example is that of the 2007 Charlie Hebdo lawsuit filed by the Union des Organisations Islamiques de France (Union of Islamic Organizations of France) and the Mosquée de Paris (Mosque of Paris) after the publication of cartoons of Muhammad. Some then came to believe that all French Muslims were taking action against Charlie Hebdo, even though most Muslims didn’t know about it. This helped introduce the notion of “Muslim community” in the public debate without any clear sense of what it meant. The French Muslim community is complex, as are the Christian and Jewish communities.

Thus, this law represents an “original sin”: it strengthened community identifications and introduced competition among them. Memorial laws are part of this dynamic.

Defence of freedom of expression appears to be less obvious than the rallies of 11 January suggest? Why?

AC.: Systematic legalization is a French error. The consequences have been disastrous in terms of expression! There is an inflation of laws redefining freedom of expression; under the guise of increasing it, they are actually increasingly limiting it. If we wanted to reverse the trend, what Member of Parliament would dare propose legislation abolishing them? What message would we be sending to civil society: that we can offend people or deny historical truths with impunity? This would not be possible. All these laws are therefore immune to being unravelled.

Moreover, they reflect a growing hysteria over community identifications and the conviction that every identity needs to be protected from any insult. But the systematic protection of everyone’s feelings is a guarantee of a war of all against all.

Remarks compiled by Marcelle Bourbier, head of communications for CEVIPOF