The talk will elaborate and extend the analysis Karen Orren and Stephen Skowronek have presented in their recent book, The Policy State: An American Predicament (Harvard University Press, 2017). Examining the historical accommodation of American government to an ever-widening range of stakeholders, it highlights basic mechanics of institutional adaptation and questions long-held assumptions about the resilience of the American Constitution. The key dynamic identified is the elevation of constitutional principles over constitutional forms. That has served at once to eliminate incongruous social exclusions and to hollow out the basic institutional frame. Following the major adaptations -- the Constitutional founding, the nineteenth century’s “party state,” the twentieth century’s “administrative state,” today’s “policy state” -- the paper asks whether American democracy has so outstripped its institutional accommodations as to put its own future at risk. 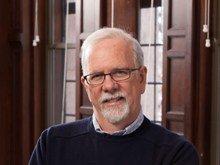 Speaker: Stephen Skowronek is the Pelatiah Perit Professor of Political and Social Science at Yale University. He has been a fellow at the Woodrow Wilson International Center for Scholars and has held the Chair in American Civilization at the École des Hautes Études en Sciences Sociales, Paris.  His research concerns American national institutions and American political history, his publications include major books such as Building a New American State: The Expansion of National Administrative Capacities 1877-1920 (1982), The Politics Presidents Make: Leadership from John Adams to Bill Clinton, (1997), The Search for American Political Development (2004, with Karen Orren), Presidential Leadership in Political Time: Reprise and Reappraisal (2008) and The Policy State. An American Predicament (2017, with Karen Orren). He has also co-founded and served as editor of Studies in American Political Development. He is currently visiting fellow at the University of Oxford.

*Key Theme: The state as a producer of public policies