190321 - Financialization and Income Generation in the Ownership Society: Rise of the Petit Rentier?

Seminar "Financialization and Income Generation in the Ownership Society: Rise of the Petit Rentier?"* (PDF, Ko)

As wages have stagnated in many advanced economies, market transformations have opened new pathways by which members of the upper-middle classes can make entrepreneurial investments in assets. This manifests in increasing rates of borrowing, investing, and various so-called “side hustles,” which are intended to supplement if not replace labor income. Such practices include everything from trading stocks to renting a spare bedroom through platforms such as Airbnb. In his lecture, Adam Goldstein refers to a study jointly conducted with Ziyao Tian. It considers the consequences for household income factors and social class structure across twenty-one countries from 2001–2016. Is financialization producing a growing class configuration of petit rentiers in capitalist economies, as Piketty suggests? The results highlight a striking paradox: During the twenty-first century, most advanced countries have seen a decline in the share of households who accrue more than 5 percent, 10 percent, or 20 percent of income from assets. With a few exceptions, similar patterns hold among under- and over-65 households, and across income quartiles. By assessing the degree to which between-country differences are driven by differential rates of asset ownership, or by differential opportunities to monetize those assets, Goldstein discusses several explanations for these surprising trends and considers time-varying factors to explain over-time declines in the petit rentier class. 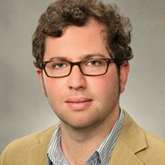 Adam Goldstein is Assistant Professor of Sociology and Public Affairs at the the WWS. His current research examines the social consequences of financial capitalism in the contemporary United States. He is interested in how institutional changes associated with "financialization" have reshaped various socio-economic domains, and how organizations, communities and households respond to these changes.

*Key Theme : The transformations of capitalism