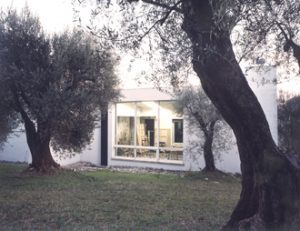 Historians, we are told by Sylvain Venayre, the author of La Gloire de l’aventure. Genèse d’une mystique moderne. 1850-1940, neglected nineteenth-century European wars. Those wars are eclipsed by the great deadly conflicts of the twentieth century.  The preceding century was said to be, by comparison, almost peaceful.  Now, nothing of the sort is actually the case, and renewed historiographical interest in the history of Empires testifies to this fact.
And yet, if this feeling is so deeply rooted, it is also because visual representations of these wars at a distance are much scarcer—even though it was right before the American Civil War that the first photographic images of dead soldiers on the field of battle appeared in the work of Jules Couppier, during the Second Italian War of Independence (1859), and in that of Felice Beato, during the Second Opium War (1860).

Wars at a Distance
in the Nineteenth Century

Nineteenth-century European wars have long been a neglected topic, historiographically speaking.  Framed by two immense episodes of war—the “French Wars,” with their five million dead, and the war of 1914-1918, with its ten million dead—the nineteenth century appeared to be a century of peace.  That was all the truer as the two main conflicts at that time took place far from Europe: in China, on the one hand, where, in the middle of the century, the Taiping Rebellion led to the deaths of some twenty million people; and in the United States, on the other, where the death toll was set in 1865 at somewhere above 600,000.  By way of comparison, the 400,000 dead from the Crimean War and the 180,000 dead from the Franco-Prussian War seemed rather small.  While the eighteenth century had, up to 1815, been the time of European wars and while the twentieth century was that of world wars, the nineteenth century could appear, from the European standpoint, as the time of wars at a distance.

Another explanation for this silence is that nineteenth-century Europeans represented their era as that of the peaceful victory of democracy.  Political violence seemed to them destined to soon disappear.  “Manners are softened as social conditions become more equal,” wrote Alexis de Tocqueville in Democracy in America (vol. 2, bk. 3, ch. 1, Reeves translation).  By and large, the military State, the taste for soldiering, and the warrior spirit pertained to an aristocratic society that to belong to the past.  Later, the “civilizing process” described by Norbert Elias seemed, on this point, to corroborate that interpretation.  For a long time, such representations guided historical research on the nineteenth century.

A Recent Change in Perspective

Things have changed since the 1990s, particularly on account of a renewal of historiographical interest in colonial empires.  The rise of a generation of researchers who did not have firsthand experience of the wars of decolonization—and who themselves in some cases came from “postcolonial” societies—has undoubtedly played a role in this development.  The perspective of a global history allows one, moreover, to relativize, to a considerable extent, the idea that the nineteenth century could be said to be a century of peace.  Certainly, colonial wars were rarely designated as such at the time.  One spoke more readily of expeditions, of campaigns, even of efforts at pacification.  These wars were “the savage wars of peace” evoked by Rudyard Kipling in The White Man’s Burden (1899).  They were no less wars.  And they were countless in number.  In 1897, the British Secretary of State for the Colonies Joseph Chamberlain stated that, since 1870, only the year 1883 had unfolded without any outstanding conflicts for Great Britain.  The violence accompanying such combats was not denied.  As Chamberlain himself recognized, “you cannot have omelettes without breaking eggs.”
It is fitting to add to the foregoing the renewed topicality of war within European societies themselves, starting in the 1990s.  The end of the “Cold War” along with the proliferation of distant expeditions and so-called asymmetric conflicts—including, quite recently, ones in Lybia, Mali, and Central Africa—have led people to rethink the imperial wars of the nineteenth century.  The theorists of “small wars” (title of a book by the British major Charles Callwell, published in 1896) and of “pacification,” beginning with Joseph Gallieni and Hubert Lyautey, have been reread attentively.  The study of nineteenth-century wars has thus appeared as a means for gaining an understanding of contemporary conflicts.
From this angle, the issue of distance has again become of fundamental importance: not only the distance at which military operations are conducted but also the consequences of this distancing, in terms of representations, within European societies themselves.  This aspect appears all the more important because, since the late twentieth century, the image one has of war, when one has not experienced it firsthand, has been revolutionized by cinema.  It is readily admitted that, in 1979, Apocalypse Now inaugurated the new age of representing violence in war (and it is perhaps not an accident that, behind the Vietnam of the time, Francis Ford Coppola’s reference was the late nineteenth-century “Congo Free State” evoked by Joseph Conrad in his Heart of Darkness).  Whatever the case may be, one cannot help but be struck by the gap between the proliferation of distant conflicts in which today’s Europe is engaged and the renewed presence of brutality in war, especially on the visual level, in profoundly peaceful European societies.  In this respect, it can hardly be doubted that drones, whereby the combatant himself is aware of his own actions only in a mediated way, have become the ideal figure of contemporary war.

The Screen of the Twentieth Century

Studying these nineteenth-century wars is nonetheless a quite arduous task, on account of the screen set up, between them and us, by the memory of twentieth-century wars.
The extraordinary explosion of violence of the war of 1914-1918, in particular, too often leads one to seek in nineteenth-century wars merely warning signs of World War I—at Gettysburg, at Mukden, or in the Balkans.  The International Brigades from the Spanish Civil War guide our representations of the Philhellenic volunteers from the early 1820s.  The Cuban War of Independence of 1895-1898 and the Anglo-Boer War of 1899-1902 seem to be of value for their place in the genealogy of World War II concentration camps.  Large-scale massacres that took place at the turn of the twentieth century are also considered in terms of their later topicality.  This is true of the great Armenian massacres of 1894-1896, and it is even more true of the war conducted by the German Empire of Wilhelm II against the Herero and Nama peoples in South-West Africa between 1904 and 1907.  The extermination order given by General Lothar von Trotha in October 1904 thus appears as a key stage in the process that led, less than forty years later, to the Jewish genocide.  As for the decolonization wars, they, too, have reoriented one’s view of many colonial revolts now thought of as the first wars of independence of present-day States.  This is the case, particularly among certain Indian historians, of the Sepoy revolt of 1857-1858.
War has thus returned to the center of nineteenth-century historians’ attention, and it has done so to the point that one now runs the risk of engaging in a new form of teleology.  Characteristic, in this regard, are the sarcastic remarks now directed against Norbert Elias’s work, who has been accused of not having perceived the rise of war violence in the colonial world—but also the new attention paid to harsh statements made by such great nineteenth-century liberal thinkers of peaceful democratic progress as Tocqueville, apropos of the French military conquest of Algeria.  From this standpoint, there is a great risk of nineteenth-century wars conducted at a distance being once again misappreciated—no longer exactly covered up, as was the case previously, but considered exclusively from the standpoint of the wars that succeeded them.

In order to rediscover these wars—in order to try to experience them as they had been experienced in their own time—the main difficulty resides in the break created by the war of 1914-1918.  In the immediate aftermath of the “Great War,” countless individuals recounted their individual recollections of a prior time—that of a “Belle Époque,” which was also the good old time of crisp and joyous war.  One knows therefrom the descriptions Winston Churchill left, in his recollections from his Early Life (published in 1930), of the Battle of Omdurman.  Many other examples could be mentioned of authors who, in light of twentieth-century wars, minimized the breadth and consequences of nineteenth-century ones.  Thus, in his recollections, drafted in 1942, Stefan Zweig recounted that his Viennese parents “skipped over, with the same sense of indifference, newspaper reports of battles and the sports pages.”  Wars conducted at a distance were said to be of no concern to them.
And yet, was that so true?  Was it really the case that “no one expected to be killed,” as Churchill wrote?  Had no one really “seen this stream of blood” from countless late nineteenth-century wars, as Jean Guéhenno wrote in his Journal d’un homme de 40 ans in 1934?  Or would it rather be that the incomparable experience of 1914-1918 thenceforth prevented one from understanding in what way the men and women of the nineteenth century had lived through, understood, and been affected by the wars conducted in far-off places, often in their own name?
This question is of the greatest interest.  In order to respond thereto, it would be fitting, in the first place, to recognize that the indifference mentioned by Zweig itself has a history.  Let us not forget that the violent acts committed in wars conducted at a distance were denounced during the nineteenth century itself.  The “smoking out” of Algerians from caves where they had taken refuge was debated in the French Chamber of Deputies in the 1840s, just as the atrocious repression conducted by the Governor of Jamaica Edward John Eyre was in the British House of Commons in 1865 and the extermination of the Herero in the Reichstag beginning in 1905.  But the problem remains unresolved as to whether it was seriously discussed outside the precincts of parliaments.
Specifically, it is a matter not only of analyzing the slow process through which Europe gradually, as the nineteenth century wore on, entered into the media regime characteristic of contemporary societies.  It is also fitting to gauge representations of indifference itself.  Did not the theory of “representative government,” which triumphed in the first decades of the century, entail a recognition of citizens’ right to be indifferent, thereby freely, and to a certain extent, democratically relieving them of their duty to be indignant?  In this respect, the history of wars conducted at a distance, that is to say, the history of the distance to war, can be written only by taking into account the slow movement whereby, through the entire century, parliamentary representation ceased to be considered the same as public opinion as a whole.
In 1882, Professor John Robert Seeley, the first person to occupy the chair of Imperial History at Cambridge University, lamented that British public opinion evinced so little interest in an empire that was said to have been conquered almost inadvertently—“in a fit of absence of mind.”  And yet, he sold 500,000 copies of the book in which he formulated that statement.  Does not this example illustrate a stimulating contradiction, one that invites us more than ever to try to get a handle on what the men and women who had not been direct witnesses of wars conducted at a distance understood and felt about them?

PITTS, Jennifer. A Turn to Empire: The Rise of Imperial Liberalism in Britain and France. Princeton: Princeton University Press, 2005.