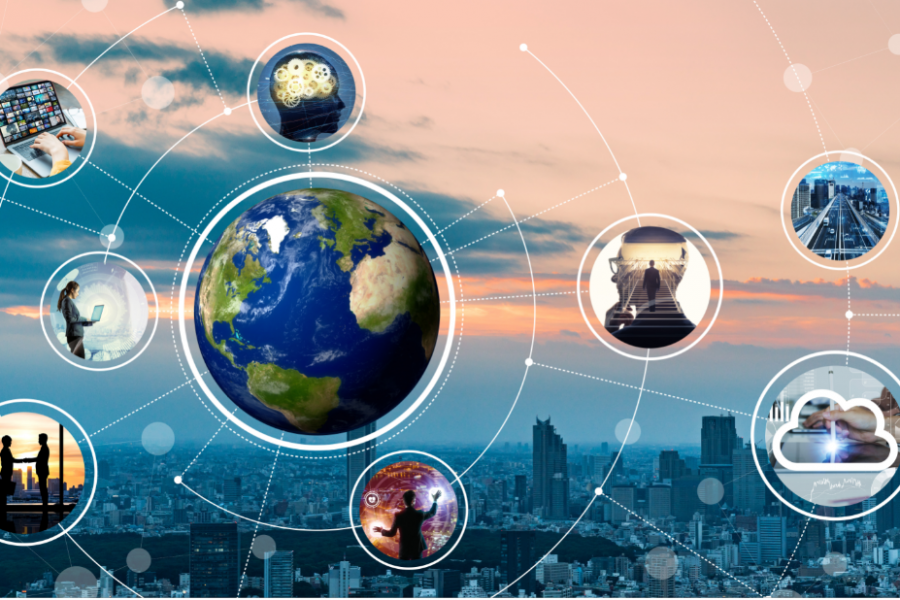 Article translated in English, to see the original version in French click here :

“Western governments seem to ask more and more clearly the question of their sovereignty, without a clear understanding of the concept in the public debate, nor of the concept of territory that is associated with it. When digital platforms come to disrupt established institutional arrangements with their own power, they force us to revisit all these terms, because they make no claim to sovereignty or even to a territory.

And yet, they hold in their hands essential levers to orient all economic activity, to focus the attention of the public and even to question the law or representative political systems as a principle of regulation of societies. Their “rough consensus and running code” principles, to which we must add “apologies”, allow them to exercise a suzerainty that can be described as topological, since it is based on their centrality in the network of networks. But what are they going to do with such a power, unprecedented in history? And what will the nation-states do when directly destabilized by their offensives?

We are at a historical turning point after the Wild West of the 2010s. Will the systemic platforms (and the three main ones, Google, Amazon and Facebook) return to the territorial fold by accepting the sovereignty of States and playing their game within this framework? Or on the contrary, will they adopt an ever more deterritorialized headlong rush towards the extension of their predictive and speculative control over our futures, mastering time and rhythm more than space? To answer these questions, the precise documentation of platform strategies presented here relies on a radical revision of our concepts of firms and geopolitics.”

Dominique Boullier, sociologist and linguist, is a university professor in sociology at the Institut d’Etudes Politiques de Paris (Sciences Po) since 2009. He teaches at the School of Management and Innovation (“Innovation and Digital: Concepts and Strategies”), at the School of Public Affairs (“Pluralism of Digital Policies” and “Social Theories of Propagations”), at the Urban School (“Digital Strategies for European Cities”) and at the Executive School, where he is responsible of the social sciences module of the Master’s degree Digital Humanities. During the years 2015-2019, he was a professor at EPFL (Ecole Polytechnique Fédérale de Lausanne) where he taught UX (User Experience) and directed the Social Media Lab.

At Sciences Po, he was in charge of the scientific coordination of the Medialab with Bruno Latour from 2009 to 2013. He directed or created several research laboratories: Costech (UTC where he was a professor from 1996 to 2005), the Lutin User Lab at the Cité des Sciences de Paris (Lutin from 2004 to 2008), the Lares at the University Rennes 2 where he was a professor from 2005 to 2009. He also created his own company in the field of technical documentation and man-machine interfaces in the 90s.

He is the author of several books on urban issues (L’urbanité numérique, L’Harmattan, 1999; La ville-événement, PUF, 2010; Evénements et sécurité, Presses des Mines, 2013), on digital issues (Sociologie du numérique, Armand Colin, 2019, 2nd edition; Opinion Mining and Sentiment Analysis, Open Edition Press, 2012) or on issues of conversations and media (La télévision telle qu’on la parle, L’Harmattan, 2004; Le livre-échange, C&F éditions, 2018) as well as more than a hundred academic articles. He created and directed the journal Cosmopolitiques from 2002 to 2012. In 2020, he published “Comment sortir de l’emprise des réseaux sociaux” (How to get out of the grip of social networks) with Le Passeur éditeur and is preparing a “sociology of propagations” with Armand Colin.