Pandemics reveal both the extent and the limits of our scientific knowledge. In a way, the current health crisis is difficult to compare with the pandemics of previous centuries—the cholera pandemic or the “Spanish flu” pandemic—because of the enormous progress in medicine and the gap between past and present expertise. But today, as yesterday, disease spreads faster than knowledge, even when knowledge is stimulated by an emergency situation. Faced with the third coronavirus pandemic in less than twenty years (SARS-CoV in 2003, MERS-CoV in 2012, and now SARS-CoV-2 or Covid-19), the search for a vaccine has resumed but remains hypothetical. In the absence of a definitive means of eradicating the disease or at least slowing it down, as AIDS-repelling triple therapy does, uncertainties are mounting. The fundamental questions—about how best to prevent and to cure the disease—refer to other questions about the nature of the virus, its mobility, its resilience, its possible evolution. All these uncertainties open up areas of doubt, but also controversy and fantasies that form broad “wastelands” where superstitions, rumours, and “fake news” have proliferated, in the present as in the past. But these wastelands are also, in part, the backdrop for many political narratives. They are produced by various actors—national governments, opinion groups, international organisations—out of both necessity and opportunity. In the chaos brought about by the surge of COVID-19, where what we know is mixed with what we do not know, three narrative phenomena have emerged: diverse and more or less discordant national narratives, narrative battles on an international scale, narratives and counter-narratives of globalisation.

The purpose of narratives is to give to a composite set of events, data, and beliefs a general meaning based less on truth, or even on the Truth, than on “likelihood” (vraisemblance), to use Roland Barthes’ expression. In their management of the health crisis, it is necessary, indeed imperative, for national governments to master the use of narratives in order to control the wastelands of scientific uncertainty. Public actions have generally been accompanied by speeches from national leaders, offering their own accounts of the situation. The speech of the French president took up the martial theme of general mobilisation, invoking ideas of both world war and the threatened homeland. By contrast, and perhaps unexpectedly for a prime minister known for his nationalist inclination, Shinzô Abe defended the scenario of Japan as a champion of international cooperation and peaceful world unity, guardian of the Olympic flame that will burn until 2021 as “a light of hope, guiding humanity through the long, dark tunnel” in which the world now finds itself.

The postponement of the Olympics explains, in part, this narrative choice. The contrast between Paris and Tokyo is also a result of the difference in strategy adopted in the face of the pandemic: the French population has to accept some of the most draconian measures in Europe, while the Japanese enjoy greater freedom of movement and less surveillance (Shinzô Abe even expressly cited France as the example he would not follow). In Italy, where the measures are similar to those of France, Prime Minister Giuseppe Conte referred to the Second World War to represent the collective challenge, without however developing the war metaphor as President Emmanuel Macron and several of his ministers did. The same choice was made in Germany, where the evocation of the Second World War is used with more caution. Additionally, Germany shares with Italy the principle of a health policy managed at the local level, which constitutes a headache in times of crisis—hence the selective use of themes of patriotic unity.

The national narratives are therefore in tune with both public action and the social imaginary. This can also be seen in Sweden and the Netherlands, where governments have not, for the time being, imposed confinement on their citizens, and where the use of war tropes is uncommon. Building on a sense of individual responsibility, Prime Minister Stefan Löfven praised the strength of the Swedish social contract, while Prime Minister Mark Rutte described a fundamentally open Dutch nation.

While previous coronavirus pandemics have been more geographically limited, concentrated in East Asia and the Middle East respectively, this third wave is global (although with variations between continents). As a result, it involves acute issues of international coordination, issues that are even more blatantly confronted with scientific and technical doubts than at the national level. As the differences in public action between states show, there is a wide margin of interpretation regarding what action should be taken in the face of the health crisis; this is all the more true when it comes to initiating a common approach between states. Transposed on a global scale, and in a context of deteriorating cooperation, the wastelands of uncertainty stimulate reciprocal accusations and the desire to impose one’s own narrative, to the detriment of what could be a global narrative. The US-China verbal jousting has been widely reported in the press and social media networks around the world. US diplomacy blamed the PRC for a lack of transparency about the start of the COVID-19 outbreak and renamed it “the Chinese virus”; the Chinese Foreign Ministry spokesman promptly responded with several tweets indicating that the United States had imported, perhaps even manufactured, the new coronavirus in Wuhan. Beyond what many commentators have called a propaganda war provoked by the pandemic, this confrontation is part of a struggle for influence that preceded the health crisis and will likely continue beyond it.

For the White House, the primary challenge is domestic: to maintain, in times of pandemic, the “Make America Great Again” narrative of national rebirth in which the past becomes the horizon of the future. This return to a mythical and glorious past implies the construction of walls and borders protecting the American people from undesirable foreigners, which the “Chinese virus” symbolises perfectly. For Beijing, the interest in mastering the narrative, or narrative power, is at least as much external as domestic. This narrative is that of the peaceful rise of a nation with its own civilisational repertoire—a development illustrated by the “New Silk Road” (一帯一路). This initiative temporarily became the “Silk Road of Health” (建康四周志路) when the first Chinese shipment of medical equipment was sent to Italy. In this respect, Europe appears as the collateral victim of this battle of Sino-American narratives. The chronic deficit of European narrative power was revealed once again with the pandemic. The clumsiness and blunders in Brussels, on the one hand, the effectiveness of Russian cyber-influence and the Chinese flair for staging, on the other hand, have trumped the narrative of Europe as a space of supranational solidarity, and more specifically overshadowed the simple fact that, for its part, the European Union had sent medical equipment to China earlier, at the beginning of the winter. 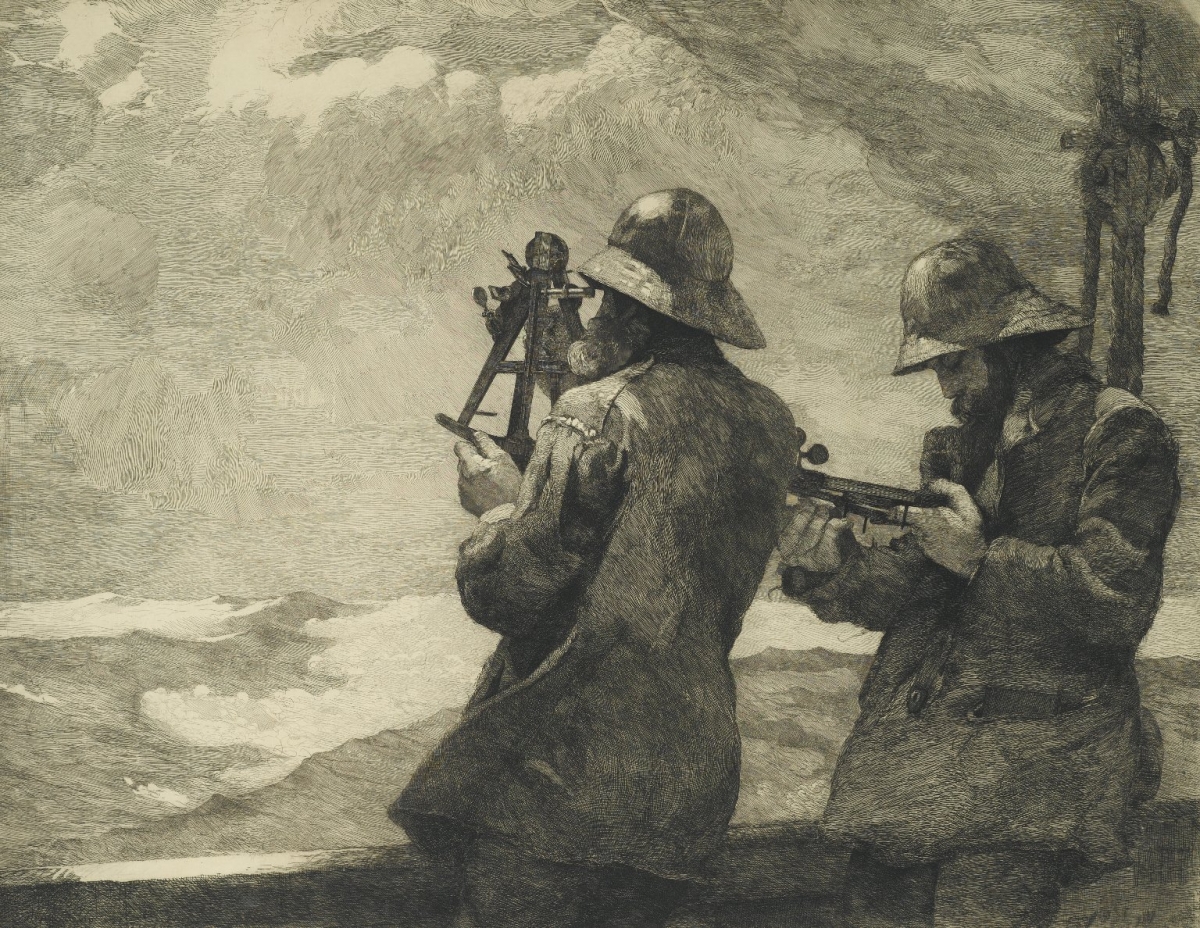 Beyond national frameworks, individuals, societies, and diverse communities are trying to give broad meaning to the pandemic by inscribing it within pre-existing, and divergent narratives about the condition of a globalised and interconnected world. Sociologist Walden Bello, who coined the notion of “de-globalisation”, sees the COVID-19 pandemic as confirmation that the current trajectory of socio-economic development is unsustainable. Other anti-globalisation voices have relayed a narrative in which the extreme mobility of the new virus becomes an allegory of an essentially harmful globalisation. For nationalists such as Hungarian Viktor Orban and Italian Matteo Salvini, the metaphor of the pandemic was already implicit in the representation of immigration, and its reality thus reinforces the narrative of a sovereignty freed from the flows and evils imposed by globalism in general or the EU in particular. For globalists, the health crisis amplifies the need to improve global governance. This need was discussed at the last World Economic Forum in Davos, held at the end of January 2020 at the peak of the epidemic in China, and attended by President Donald Trump, activist Greta Thunberg, transgender dancer Jin Xing, and Prince Charles, among others. The story of globalisation that emerged from Davos, and that was relayed by its spokespersons, such as economist Richard Baldwin, is not fundamentally altered: the pandemic is one of the foreseeable, but in principle manageable, disruptions linked to the growing connectivity of the world. Finally, on the side of ecologists, some accounts mention a revenge of Gaïa through which humans will pay the price for their destruction of biodiversity—the depletion of which probably contributes to the zoonotic nature of the contamination. All of these stories, whose focus is therefore not the adventure of nations but that of the world as a whole, refer immediately to the question of the post-crisis period, or if the end of the crisis is uncertain, to the question of the future. Is the world being permanently transformed, and if so, how?

As always, stories are about power. Narrative power goes hand in hand with material power. Stories told by leaders, organisations, and opinion movements from the wealthiest nations are usually the ones that receive the most attention. These narratives are based on collective experiences that are primarily about perception. Western media portray the confinement of societies as a global phenomenon, forgetting the countries that are not confined for a variety of reasons. Among these are those countries that are little affected by the pandemic, like many African countries, and that, even if they were affected, would not necessarily choose confinement, in the absence of a welfare state able to assume the socio-economic costs this would entail. The difficulties of such a choice in South Africa give an idea of this. In fact, the lockdown of people living in slums is impossible, or even absurd, and part of the population would simply not be able to eat in the case of confinement.

The WHO and the Global Citizen movement are co-organising a major digital and global concert on 18 and 19 April 2020, bringing together artists such as Lady Gaga, Alanis Morissette, Paul McCartney, and Stevie Wonder, and being broadcast by Internet giants such as Alibaba, Amazon, Facebook, and YouTube. The title of the concert—One World: Together at Home—heralds the story of a reinvented happy globalisation. Although it does not reflect the diversity of individual and collective experiences, it can, as during the Olympic Games, create a moment of gathering around this “light of hope” evoked by the Japanese prime minister.

Both illustrations in the Public Domain