Home | News | He For She: Sciences Po Commits to Taking Action for Gender Equality 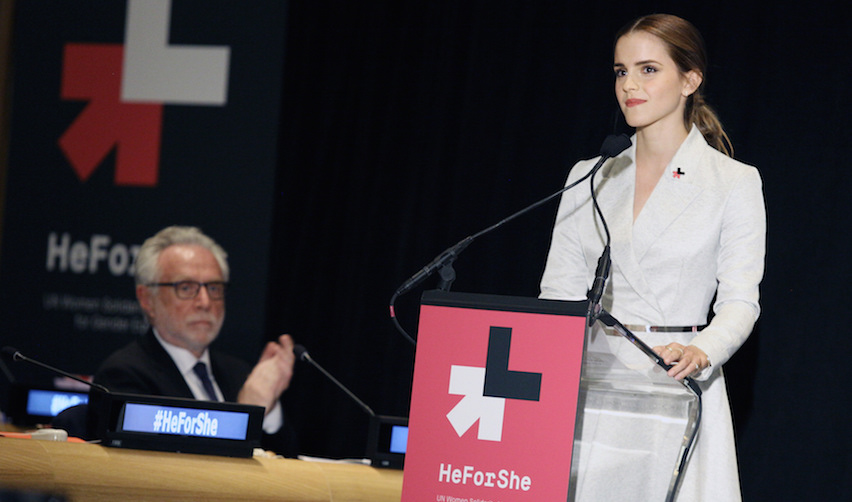 On 18 June 2015, Sciences Po President Frédéric Mion joined UN Women’s HeForShe solidarity movement as an IMPACT 10x10x10 champion, making Sciences Po one of 10 universities around the world committing to take bold, game-changing action to achieve gender equality within and beyond their institutions. HeForShe is a global solidarity movement that calls upon men and boys to take action and advocate for gender equality.

Hélène Kloeckner is Sciences Po’s gender equality adviser. She explains how the university intends to do this new role justice.

Sciences Po: What does this nomination as one of the UN Women HeForShe campaign’s 10 university champions mean for Sciences Po?

Hélène Kloeckner: First of all, it is an acknowledgement of the pioneering role that Sciences Po has played in promoting gender equality. Since 2010, the PRESAGE (Fr) gender studies and research programme jointly developed by the French Economic Observatory (OFCE) and Sciences Po has been working to incorporate reflection on gender issues into all our teaching, research and continuing education activities.

The European project EGERA (Effective Gender Equality in Research and Academia), launched in 2014 and supported by the European Union, has enabled us to take a major step forward by putting in place a coherent, effective and research-based action plan in collaboration with our European partners.

IMPACT 10x10x10 is also an incredible opportunity to scale up. We already work closely with a network of gender equality representatives from our local, national and European partners. Now we will be able to disseminate and exchange our best practices with partners worldwide. The goal is not only to improve practices in our universities, but also to create a demonstration effect among the students we are educating – the citizens, managers and political leaders of tomorrow.

SP: What will the role that UN Women has assigned to Sciences Po change in practice?

H.K: The fact that UN Women has selected Sciences Po shows that we are on the right track, but is also a push to step up our engagement. It is both a huge incentive and a considerable responsibility. We have to prove ourselves worthy of the role and show even more determination in implementing the action plan that we have just unveiled, which will run until 2017.

SP: What are the three commitments made by Frédéric Mion as part of the HeForShe initiative?

H.K:  Our first commitment is to launch gender awareness programmes to prepare students for entering the labour market. Sciences Po will roll out a series of programmes aimed at empowering students, including workshops on negotiation and other core skills, and public, gender-balanced discussions on the issue of work-life balance. To ensure that progress is made across the university, Sciences Po will institute a gender awareness course to reach 30 percent of students in 2016 and 50 percent of students by 2017, and a complementary campaign designed in collaboration with students from our School of Communication to create a scalable model for other universities.

Our second commitment is to support gender parity in the home. Sciences Po’s programmes will enable men to “go public” with their roles as fathers and husbands as well as professionals, and set a bold target for the share of men taking paternity leave: 90 percent by 2017. In addition, Sciences Po will go beyond the legal obligation for employers to conduct post-maternity leave professional interviews by offering them to all parents, including men and adoptive parents. These comprehensive interviews aim to smooth the transition back to work, and ensure that an honest conversation takes place about how the parent can balance home and work responsibilities.

Our third engagement is to reach at least 40 percent representation of each gender in academic, administrative, and senior leadership positions by 2020. To reach this ambitious objective, Sciences Po will undertake a thorough review of all recruitment procedures.

Find out more about Frédéric Mion's commitments for gender equality