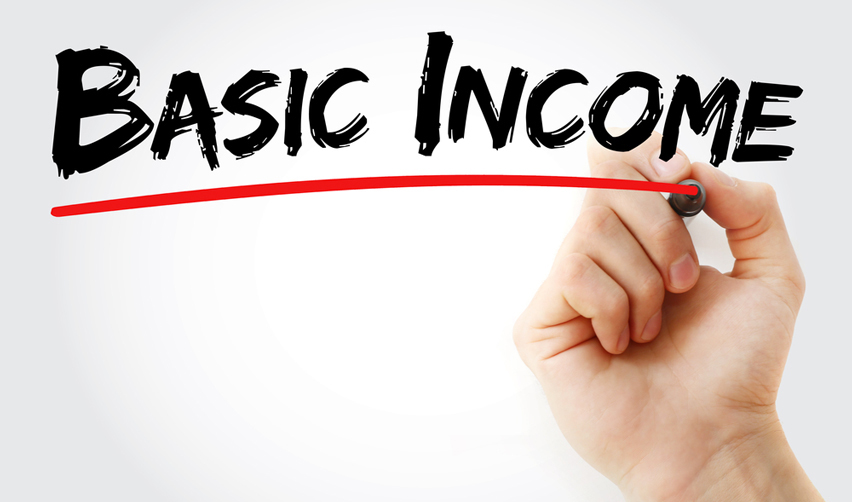 On 23 February 2017, the Laboratory for Interdisciplinary Evaluation of Public Policies at Sciences Po hosted a talk by Olli Kangas, Director of Governmental Relations in Kela - the Finnish Social Insurance Institution, on the basic income experiment in Finland. The current Finnish government, a Center-True Finns-Conservatives coalition, launched an experiment on basic income at the start of 2017, with Olli Kangas in charge.

Objective: To assess the impact of basic income on employment and the Finnish welfare state

The aim of the experiment is two-fold. First, to assess whether basic income can change the incentive structure for the many benefit recipients for whom work does not pay off. Second, to examine whether simplifying the welfare system would improve the beneficiaries’ experience.

Therefore, the experiment is primarily interested in the impact of basic income on employment, work volume and disposable income, and its impact on the overall efficiency of the Finnish welfare system from the recipients’ perspective. Secondary outcomes such as the impact of basic income on economic stress, general well-being, health, social relations and experiences of bureaucracy will also be studied via surveys and interviews with recipients.

Potential pitfall 1: When the tax increases needed to finance basic income are mentioned, public support for the scheme drastically declines

Basic income has become a politically salient issue in Finland. There is a clear political divide between the pro- and anti- basic income parties. The Left-Wing League, the Greens and the Centre Party are in favour of basic income, while the Social Democrats, Conservatives and the other bourgeois parties are against it. Public support for basic income is high on all sides of the political spectrum, but only until the taxes that are meant to finance it are mentioned. For example, in 2015, 86 percent of Left-Wing League voters supported the implementation of basic income in Finland. When tax was added to the question, support dropped to 47 percent for a basic income of €500, as a flat income tax of 40 percent would be required to fund it. Support dropped further to 41 percent when the proposed amount increased to €800 because this would require a tax increase up to 55 percent.

The Finnish experiment allocated basic income to around 2,000 randomly selected unemployed individuals who are also low-income earners aged between 25 and 63. The rest of the registered unemployed (approximately 130,000) form the control group. The available government funding of €20 million only allowed for a partial basic income (€550-€600 per month) to replace all basic benefits, while work and income related benefits and housing and child allowance remained intact. Given the limited resources allocated to the experiment, it was difficult to select a group that would be large enough to provide all the answers that the government would need to assess the feasibility of the basic income scheme. Finally, the experiment had to go through a constitutional committee since it is being conducted on people whose participation is obligatory. These concerns also determined its final design.

The experiment builds on the microsimulation model that the same working group run by Olli Kangas developed to analyse the different tax and benefit scenarios. Microsimulation is a tool that models the behaviour of micro-units such as households and individuals by bringing together their income, cash benefit entitlements, income tax and social contribution liabilities and testing them under different assumptions. By taking all these inputs into account, the model can estimate the effects of policy changes, such as different tax rates or different benefit receipts, on household income. The basic income microsimulation model was built on a sample of 27,000 individuals in 11,000 households from a nationally representative household survey. The model used a simple flat-rate tax because this is what the government asked for, but additional tests with more complex structures of the tax system were also done.

Policy insights from the microsimulation model were not very clear, which is the main reason why the “real-life” experiment was launched. For example, the tool showed that receiving basic income does not remove the incentive to apply for other benefits unless it is very high, from €1,000 to €1,500 per month. Yet if the higher basic income is paid out, the problem becomes the very high tax levels (between 70 percent and 80 percent) that would need to be imposed on income from employment to finance the scheme. If very high taxes are collected, people do not have an incentive to seek employment since welfare benefits become too high in comparison to what one can earn in the labour market.

Potential pitfall 3: Incentive problems may be further exacerbated for beneficiaries with children

The complexity inherent in the design of basic income policy is made even more obvious if we consider the differences between single beneficiaries and those who have children. The model suggests that basic income could create work disincentives for a single person in the lower income brackets, but for an unemployed single parent with two children in daycare, the incentive problem becomes severe. For example, a €1,000 increase in earnings to €3,000 does not necessarily increase their net income. Yet if the design of the basic income scheme is changed to account for different family circumstances, it defeats its own purpose, since the premise is to offer a uniform, simple benefit that everyone is entitled to. Finally, according to the microsimulations, only higher income earners would benefit from basic income, which is also an undesirable effect.

The results of the experiment will be available in two years

The microsimulations’ ambiguous results have raised several important questions about the actual design of the basic income policy. That is the main reason why the experiment was set up – to collect data about “real-life” behavioural effects on basic income recipients, which will later be imputed into the static microsimulation model. The results of the experiment will be available in two years. There are also plans to start a new experiment in 2018 and another in 2019, with target groups representative of the total population. The fate of these additional experiments depends on the political decision of the government.

During the talk, we also learned that there are many administrative challenges involved in managing the implementation of basic income. Incorporating a seemingly simple scheme into a very complex social policy system is not easy, since there are many factors that need to be considered and that affect each other simultaneously. Another drawback is that the tax authorities have not been involved in the experiment and it would be difficult to change the benefits system without their input. Finally, if the system becomes more efficient from the recipients’ perspective because bureaucratic traps get eliminated, more potential beneficiaries would be expected to claim basic income, which could raise the overall cost of the social benefits system.