Origins and Evolution of the US Rebalance Toward Asia. Diplomatic, Military, and Economic Dimensions, by Hugo Meijer (ed.) 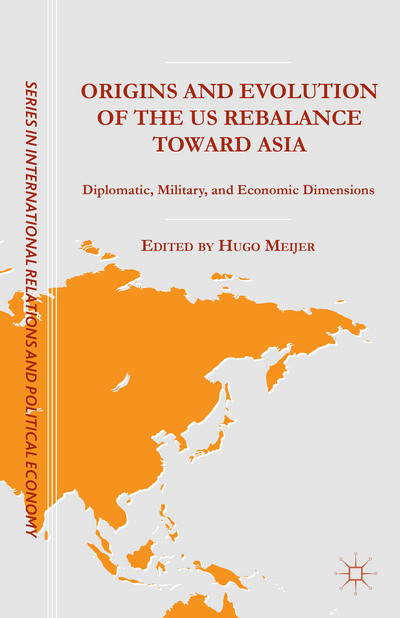 This book provides a multifaceted analysis of the so-called US 'rebalance' (or 'pivot') toward the Asia Pacific. Most existing literature has focused almost exclusively on the military dimension of the US pivot toward Asia, depicting this as a US 'grand strategy' to contain a rising China. In contrast, this book brings to light the breadth and complexity of what is a diplomatic, military and economic repositioning of the United States toward (and within) the Asia Pacific region. The first section of the volume assesses the international and domestic drivers and policy objectives underlying the US rebalance toward Asia by analyzing the multiple diplomatic, military, and economic dimensions at play, as well as their mutual linkages. The second section examines regional reactions to this composite policy shift in Northeast Asia, Southeast Asia, Russia, and Europe.