Two of our books Awarded!

Every year in the December issue, in print and online, Choice publishes a list of Outstanding Academic Titles that were reviewed during the previous calendar year. This prestigious list reflects the best in scholarly titles reviewed by Choice and brings with it the extraordinary recognition of the academic library community. Read more about the award.

Two books from the CERI Comparative Politics and International Studies series with Hurst and Oxford University Press have been selected among the 2019 Outstanding Academic Titles list.

Yemen and the World. Beyond Insecurity
by Laurent Bonnefoy, translated by Cynthia Schoch 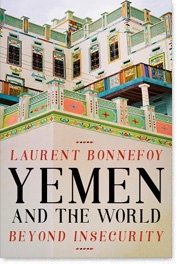 Contemporary Yemen has an image problem. It has long fascinated travellers and artists, and to many embodies both Arab and Muslim authenticity; it stands at important geostrategic and commercial crossroads. Yet, strangely, global perceptions of Yemen are of an entity that is somehow both marginal and passive, yet also dangerous and problematic.

The Saudi offensive launched in 2015 has made Yemen a victim of regional power struggles, while the global ‘war on terror’ has labelled it a threat to international security. This perception has had disastrous effects without generating real interest in the country or its people. On the contrary, Yemen’s complex political dynamics have been largely ignored by international observers—resulting in problematic, if not counterproductive, international policies.

Yemen and the World offers a corrective to these misconceptions and omissions, putting aside the nature of the world’s interest in Yemen to focus on Yemen’s role on the global stage. Laurent Bonnefoy uses six areas of modern international exchange—globalisation, diplomacy, trade, migration, culture and militant Islamism—to restore Yemen to its place at the heart of contemporary affairs. To understand Yemen, he argues, is to understand the Middle East as a whole.

The Survival of the Jews in France. 1940-44
by Jacques Semelin,Translated by Cynthia Schoch & Natasha Lehrer

Between the French defeat in 1940 and liberation in 1944, the Nazis killed almost 80,000 of France's Jews, both French and foreign. Since that time, this tragedy has been well-documented. But there are other stories hidden within it--ones neglected by historians. In fact, 75% of France’s Jews escaped the extermination, while 45% of the Jews of Belgium perished, and in the Netherlands only 20% survived.

The Nazis were determined to destroy the Jews across Europe, and the Vichy regime collaborated in their deportation from France. So what is the meaning of this French exception?

Jacques Semelin sheds light on this 'French enigma', painting a radically unfamiliar view of occupied France. His is a rich, even-handed portrait of a complex and changing society, one where helping and informing on one's neighbours went hand in hand; and where small gestures of solidarity sat comfortably with anti-Semitism. Without shying away from the horror of the Holocaust's crimes, this seminal work adds a fresh perspective to our history of the Second World War.

Tags :
Back to top