Geoengineering: an incomplete solution to a poorly formulated problem

Why geoengineering to stay under 2 degrees Celsius should be stopped 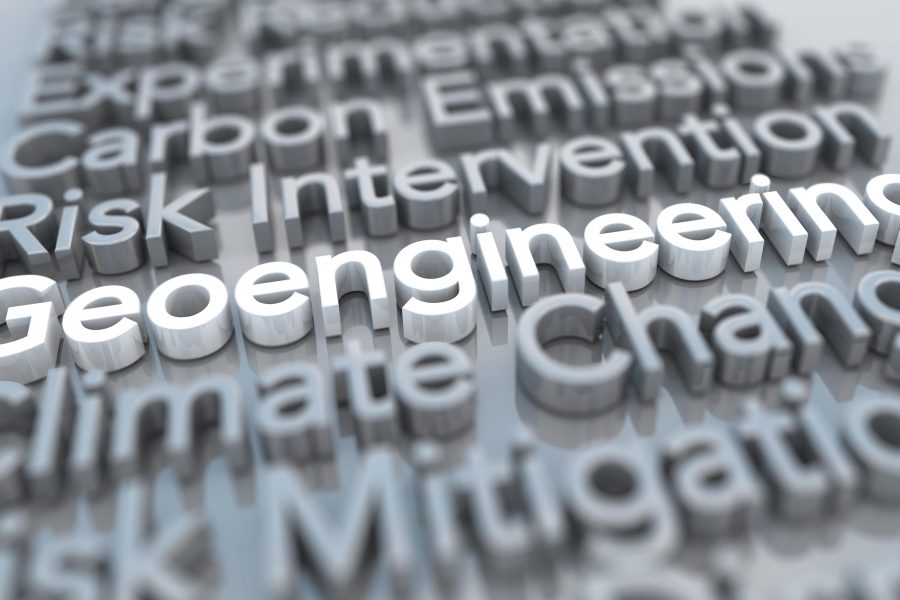 This essay won 2nd place at the Spring 2022 Chair’s Essay Competition on the topic of: “Why geoengineering to stay under 2 degrees Celsius should be stopped”

Geoengineering is defined by many scholars as the large-scale, deliberate modification of the planetary environment to combat global anthropogenic climate change. Most geoengineering plans try to modify radiative energy fluxes, either by increasing the amount of outgoing infrared radiation by reducing atmospheric CO2 or by decreasing the amount of absorbed solar radiation by increasing albedo. Meanwhile, an increase in CO2 has major effects on plant development irrespective of its effect on climate; these effects cannot be counteracted by an increase in albedo. In addition, altering the earth’s surface albedo with shields in space or the stratosphere would lower the amount of incident sunlight. This reduction’s potential consequences on ecosystem productivity have not been thoroughly investigated.[1]

Varied geoengineering methods, such as albedo geoengineering, which aims to counteract the climate change impacts of increasing CO2 emissions, have shown promise for mitigating climate change. This can be accomplished through atmospheric aerosols either directly by optical scattering or indirectly by acting as cloud condensation nuclei, hence improving albedo and cloud longevity by reducing the average droplet size.[2] In addition, space-based planetary engineering utilising space-based technology, carbon capture in terrestrial ecosystems (use of intensive forestry to capture carbon as a tool to moderate anthropogenic climate change), carbon capture in oceanic ecosystems (fertilising the biological pump that maintains the disequilibrium in CO2 concentration between the atmosphere and deep ocean), geochemical sequestration (controlling atmospheric CO2 by weathering magnesium and calcium silicates that ultimately react to form carbonate deposits on the ocean floor, removing the carbon from shorter timescale biogeochemical cycling)[3] and many others are all identified geoengineering methods to abate climate change.

According to Jim Skea, Co-Chair of Working Group III of the Intergovernmental Panel on Climate Change (IPCC), the time to reduce global warming to 1.5°C (2.7°F) is now or never. He stressed that this target will be unachievable without an immediate and significant emissions reduction across all sectors.[4] A flurry of urgent scientific warnings that the global community cannot delay substantial reductions in carbon emissions, combined with a recent increase in atmospheric CO2 concentrations, has led an increasing number of scientists to suggest that it is time to take the controversial technology seriously. Does this suggest we should deploy geoengineering to maintain a temperature below 2°C? The response is a resounding No!

Geoengineering raises environmental and social problems. In the rush to embrace geoengineering, several issues have been disregarded and other questions have been left unresolved. Among these are: Will aerosols in the stratosphere, for instance, deplete ozone? Will the use of geoengineering or its availability impede long-term efforts to combat climate change? Can geoengineering be tested on a small scale and reversed easily if something goes wrong? What are the technological and social dangers associated with geoengineering to keep global warming below 2°C? Is geoengineering an alternative to climate change mitigation, a supplement to abatement, or a contingency strategy? Several of these questions have been substantially avoided in the extant literature. However, research indicates that albedo alteration may pose a risk of ozone depletion that may result directly from albedo modification methods.[5] In addition, limiting CO2 and altering ecosystems to absorb carbon through geoengineering may result in biodiversity loss,[6] while the failure risk of the process is intimately related to the rapid re-release of sequestered carbon.

Geoengineering tends to exacerbate conflicts and political upheaval. Some geoengineering projects create immediate security concerns; solar shields, for instance, can be used as offensive weapons.[7] Given the escalating tension regarding who is responsible for addressing climate change and who has contributed the most to climate change, it appears probable that a unilateral geoengineering effort may result in major political turmoil.

Geoengineering seeks to provide a technical fix rather than addressing the underlying causes of the problem.  For instance, geoengineering tries to introduce new technology to mitigate the effects of anthropogenic activities. Typically, such solutions are unattractive. Furthermore, we are in the “Anthropocene” because of our irresponsible behaviour towards the environment and the ecosystem, and geoengineering involves tampering with a complex, poorly understood system[8]. Since we do not have reliable answers to all our questions regarding geoengineering, it would be unethical to geoengineer based on assumptions of imaginary benefits or advantages. Ongoing anthropogenic activities continue to perturb the climate system, evoking unpredictable outcomes. Consequently, intentional modification of the climate system will be incontestably worse. In addition, proposing a simple solution to climate change may impede ongoing collective and individual efforts across all levels and sectors to minimise our ecological footprint and mitigate climate change.

Despite the undeniable need for enhanced environmental problem-solving, I believe extreme caution is necessary. We would be wise to begin with a renewed determination to reduce our interference in natural systems, rather than attempting to balance one interference with another. A more effective and science-based solution and way forward would be to intensify the already existing commitments under the Paris Agreement and pushing for binding commitments from all parties in order to stay under two degrees Celsius, rather than an untested and unverified “easy” solution that will render all efforts to achieve a net zero and global carbon neutral economy by 2050 futile and with potentially disastrous consequences.