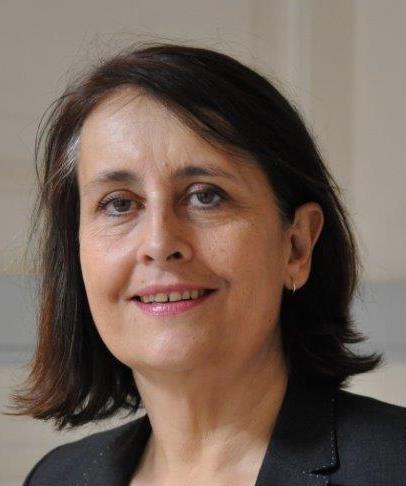 How would you assess the place of EU studies at Sciences Po?

The story begins in the late 1980s when a group of scholars including Yves Mény, who was at this time full professor at Sciences Po before joining the EUI, Vincent Wright and Jack Hayward launched this new research dynamic, and later Jean-Louis Quermonne. At the beginning EU research at Sciences Po focused on European public policies and contributed to the academic debate on Europeanisation. These pioneers had to struggle with a state-centred approach that ignored how the EU challenged the French state and more broadly social science paradigms. Things have changed. Nowadays, the five departments at Sciences Po (history, law, economics, sociology and political science) deal with EU issues. For EU studies at Sciences Po, the new challenge might now be to convince that Europe still matters as the institution did take a global turn. I think we have now a lot of evidence to support this claim!

Is there a specific approach to studying the EU at the CEE and Sciences Po?

The CEE was founded in 2005 as a horizontal programme to coordinate and strengthen EU research all over Sciences Po. Renaud Dehousse, its first director is a famous scholar, well-known for his work on EU institutions. Thanks to him the CEE became a genuine and solid research center with permanent academic staff as iof 2009. Our approach of the EU is based on inter-disciplinarity, comparison, and methodological pluralism. We consider that research on the EU implies studying the transformation of European political societies. Compared with other research centers specialised on the EU, we are probably less focused on EU institutions and on what occurs in Brussels than on economic, social and political changes and how they impact or are impacted by the EU. But we also need to strengthen our academic staff on more institutional issues since Renaud Dehousse left the CEE to become President of the EUI. That’s why we have just advertised a position of assistant professor on the following subjects: decision-making processes and institutional dynamics of the EU; the evolution of EU governance; democracy, the rule of law and the values of the EU. I hope that a lot of brilliant junior scholars attending Paris ECPR-SGEU conference will apply to the position!

The CEE is organized through 4 research clusters (the transformation of capitalism, of the state, of democracy and the study of cities and borders). Why do you think these four fields of research are particularly relevant for EU scholars?

Our scientific project aims to address one major issue: the political impact of economic and social changes in Europe. We are facing big transformations and understanding them is a priority for EU scholars. Our research agenda is to articulate the transformation of capitalism on the one hand and the growing place taken by urbanity and mobility on the other hand with the future of European democracy and what has been called the “policy state”. For instance, the transformation of the job market, the effects of inequalities raised by the emergence of a new economy based on robots or digitalisation, the large variety of different forms of migration and the place of cities are the core of the European future. All these challenging issues are highly relevant to analyse EU politics and policies todays.

Can you tell us what you see as particularly interesting research topics in EU studies at the moment?

Current events in Europe provide a lot of interesting research topics, maybe too much! Let me refer to some of them. In our Centre, we have now a critical mass of researchers studying political economy. This a very interesting topic for the EU and a very challenging issue for social science in so far as there is no agreement on what should be a scientific approach based on political economy. Do we stay on line with a more institutional framework as it has been developed, for instance, by the “varieties of capitalism” approach? Do we prefer a rational choice perspective or, on the contrary, a Marxist one? The other big research topic at the moment is of course populism. It addresses also a lot of challenging issues. Do we have to get rid of this blurry notion? How can we, European scholars, engage a scientific discussion with our North American colleagues who are discovering the phenomenon because of Donald Trump! What major problem populism for European democracy? Is it a problem of responsiveness related to the failure of political institutions? Is it a problem of growing inequalities related to economic and social precariousness or the threat of it within the middle class? Is it more relevant to emphasize the growing gap between rural and urban spaces as the Brexit or Orban’s electoral suggest?

Your Centre privileges comparative research on Europe; Why?

Indeed, the CEE privileges comparative research. Basically, we compare different European countries together but some scholars are also comparing Europe with other parts of the world. It is important to have in mind that the EU is shaped by strong divisions between eastern and western countries but also southern and northern ones. However, when comparing one has to know about the different contexts and we need to be very cautious while using macrologic comparisons based on large data sets. European comparative projects whether they use quantitative or qualitative methods need to pay attention to the context and engage in grounded research.

Can you tell us about the teaching dimension of European studies at Sciences Po? And the link between your research centre and training in EU studies?

As far as undergraduate studies are concerned, Sciences Po has several campuses throughout France, each with a regional focus: a French-German campus in Nancy, East and Central European countries in Dijon. In Reims, one college programme compares Europe and North America; the other Europe and Africa. For graduate students, there are several Schools. The former master of European Affairs is now hosted by The School of Public Affairs (EAP). Enrico Letta is now at the head of Paris School of International Affairs (PSIA), and European issues are also at the core of his agenda. CEE academics not only teach in all these programmes but are also in charge of some of them: they are involved in the EAP, the Doctoral School and last but not least the Urban School.

To know more about ECPR - SGEU