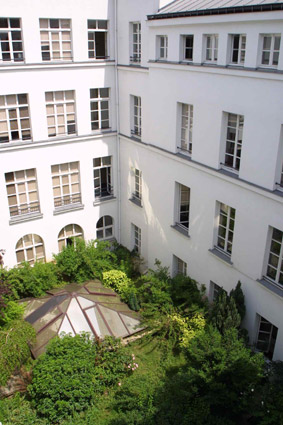 Jean-Baptiste Duroselle, a professor of diplomatic history, and Jean Meyriat, the French pioneer of information and communication sciences, founded CERI in 1952 as the Center for Studies in International Relations. Meyriat remained the center’s director until 1976.

The name was changed to Center for International Studies and Research under the director Guy Hermet (1976-1985), a sociologist and political scientist, whose work was mainly dedicated to the study of Latin America and the process of democratic transitions.

In early 2015, our name was slightly modified again to become "Center for International Studies", in order to express, in a simple way, our interest in both international/transnational relations and regional studies.

CERI first became affiliated with the National Center for Scientific Research (CNRS) in 1967. In 2002, its legal status was changed to a joint research unit (UMR) under the dual supervision of Sciences Po and the CNRS.