Nuclear weapons and nuclear reactors are designed, built, deployed, and managed—with intention and purpose—by human beings embedded in and shaped by institutional, social, and political contexts. These contexts affect how people interpret and respond to the benefits and dangers of nuclear technologies. But whose interpretations and modes of reasoning count as authoritative, competent, and trustworthy—and whose are discounted or dismissed? How did the existing nuclear hierarchies of knowledge and practice come into being? What threats and opportunities are inherent in expanding and diversifying the intellectual, institutional, and regional engagements with the nuclear threat, and what are the barriers to such expansion? The panel brings together an international group of scholars to debate these questions from various vantage points: language, intellectual and institutional history, and colonial legacy. 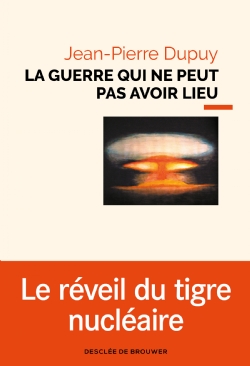 "The Courtroom of World Opinion": Bringing the International Audience into Nuclear Crises

"The Courtroom of World Opinion": Bringing the International Audience into Nuclear Crises

The Nuclear Knowledges program in collaboration with IDDRI, presents the first monthly seminar of the Fall 2018.

Ethics and taboos: the contribution of survey experiments


Brian Rathbun (University of Southern California): « Greater Good, Lesser Evil?: Morality and Attitudes Towards the Use of Nuclear Weapons. »


Brian Rathbun and Michal Smetana : replies to the discussants and Q&A

Why states choose nuclear restraint? An analysis of Sweden´s nuclear weapons plans during the cold war based on primary sources.

Why did Sweden choose, in the late 1960s, to abolish its long-standing nuclear weapons plans? A number of historical investigations have analyzed some aspects of this issue, particularly as it related to the public political debate in Sweden and the formulation of the Swedish defense doctrine in the postwar years. Taken together, these studies provide a far-from-complete picture of Sweden’s historical nuclear weapons plans. The main reason for this lack of a comprehensive picture has been the paucity of primary sources. Today, however, the end of the cold war and the declassification of large parts of the relevant documentary record, especially concerning the technical preparations for nuclear weapons production, have created the prerequisites for a more penetrating analysis.The purpose of this presentation is to summarize this research on Sweden’s plans to acquire nuclear weapons and discuss its bearing on theories of proliferation and non-proliferation.

Thomas Jonter is Director of Stockholm University Graduate School of International Studies, Sweden, and Professor of International Relations at the Department of Economic History. He has been visiting scholar at Stockholm International Peace Research Institute (SIPRI), Stanford University, and Cornell University. Professor Jonter is also chair of Swedish Pugwash and served as advisor to the Swedish delegation to the 2015 Review Conference to the Treaty on the Non-proliferation of Nuclear Weapons, at the United Nations in New York.

Are nuclear arsenals safe from cyber-attack ?

Are nuclear arsenals safe from cyber-attack? Could terrorists launch a nuclear weapon through hacking? Are we standing at the edge of a major technological challenge to global nuclear order?

We are proud to welcome Andrew Futter whose ground-breaking book about the cyber threat to nuclear weapons will be published by Georgetown University Press.

Hacking the Bomb provides the first ever comprehensive assessment of this worrying and little-understood strategic development, and it explains how myriad new cyber challenges will impact the way that the world thinks about and manages the ultimate weapon. The book cuts through the hype surrounding the cyber phenomenon and provides a framework through which to understand and proactively address the implications of the emerging cyber-nuclear nexus. It does this by tracing the cyber challenge right across the nuclear weapons enterprise, explains the important differences between types of cyber threats, and unpacks how cyber capabilities will impact strategic thinking, nuclear balances, deterrence thinking, and crisis management. The book makes the case for restraint in the cyber realm when it comes to nuclear weapons given the considerable risks of commingling weapons of mass disruption with weapons of mass destruction, and argues against establishing a dangerous norm of "hacking the bomb."