Cornelia Woll is professor of political science and a researcher at the Centre for European Studies and Comparative Politics at Sciences Po. She was the founding co-director of LIEPP from 2011 to 2015.

Her research focuses on the international political economy and comparative politics, in particular regulatory issues in the European Union and the United States. A specialist on business-government relations, she has published books on bank bailouts in the recent financial crisis and on service trade liberalization (both with Cornell University Press, 2014 and 2008). Other work has examined economic patriotism, trade and industrial policies, Europeanization and employers' organizations.

She has served as Vice President for Studies and Academic Affairs (2015-18) and as Associate Dean for Research (2008-12) of Sciences Po. She was also the founding co-director of the Max Planck Sciences Po Center on Coping with Instability in Market Societies (MaxPo). 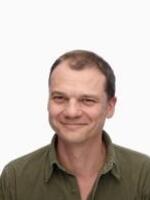 Bruno Palier is the director of the Laboratory for Interdisciplinary Evaluation of Public Policies (LIEPP) and CNRS Researcher at Sciences Po (Centre d’études européennes). Trained in social science, he has a PHD in Political science, and is a former student of Ecole Normale Superieure.

He is studying welfare reforms in Europe, and is currently conducting various comparative projects: on social investment policies, on social dualisations in Europe, on europeanisation of welfare reforms, and on the politics of welfare reforms in Continental Europe. He was Guest Professor at Stockholm University (Spring 2009), and Visiting Scholar at Northwestern University (Spring quarter 2007), at Center for European Studies from Harvard University in 2001 and Jean Monnet Fellow in the European University Institutein Florence in 1998-1999. He is Honorary Professor of Welfare State Research at Odense University, South Denmark.

He is currently the scientific coordinator of an European Network of excellence RECWOWE (Reconciling Work and Welfare, involving 29 European research institutions or Universities, 190 researchers from 19 European countries). In Sciences po, he is the director of a joint programme Sciences po Northwestern University : “Health Policy in Europe”.
Between 1994 and 1998, he has organised for the French Ministry of Social Affairs a programme called “Comparing Welfare systems in Europe”. Between 1999 and 2005, he launched and took part in the management of an European Cost programme (Cost A15) : « reforming social protection systems in Europe ». 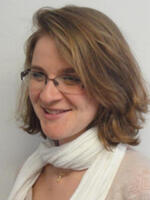 Camille Allé undertook a thesis under the supervision of Patrick Le Galès, affiliated to LIEPP and the Centre d’études européennes. Her research focus on the reorganization the financial relationships between the central State and the subnational level of government in France since the 1980s.

After three years of preparatory class in Arts and Social Sciences, Camille Allé joined the ‘Urban and Territorial Strategies’ Master degree of Sciences Po. She wrote a research thesis on the negotiations between elected representatives and promoters for the control of commercial urban planning. She also worked in a consulting firm specialized in commercial urban planning and participated in the realization of a study of the local intermunicipal plans of town planning, led by the ‘Assemblée des communautés de France’ (The Assembly of French Local Intermunicipalities).

His research focuses on public policies (social policies, education policies, employment policies) for young people in Europe, as well as on poverty and the relationship of young people to politics. 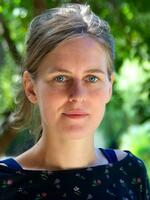 Mathilde Emeriau graduated from Stanford University in June 2019 with a Ph.D. in Political Science. She also holds a M.A in Economics from the Paris School of Economics. Her research centers on discrimination and immigrant integration, with a focus on France.

Anja Durovic is currently a Doctoral fellow in Political Science, under the joint supervision of Vincent Tiberj and Nonna Mayer, at Sciences Po (CEE). Her research concentrates mainly on the comparative analysis of gender inequalities in political participation in Europe as well as on the examination of the ways in which welfare systems can impact such participatory gender inequalities. Anja holds a Bachelor’s degree in Political Science and Public Law from the University of Mannheim and graduated with a Master’s degree in Comparative Political Sociology from Sciences Po in 2015. During her studies at the University of Mannheim, she worked as research assistant for the “German Longitudinal Election Study” (GLES) and the research project “The Politics of Mobilization: National Parties and EU Decision-making” at the Mannheim Centre for European Social Research (MZES).

Nathalie Morel joined LIEPP in September 2014 as an assistant professor in political sciences. Affiliated with the Centre d’Etudes Européennes since 2010 and with LIEPP since 2012, she is also co-director of the “Socio-fiscal Policies” Research Group at LIEPP.

She received her PhD in sociology from Université Paris I in September 2007, and went on to work as a post-doctoral researcher at the Institute for Future Studies in Stockholm, from 2008 to 2010.

Her research interests lie in childcare and elderly care policies as well as social investment and the political economy of domestic work.

Louise Lartigot-Hervier is Doctor of political science. Her thesis (Patrick Hassenteufel and Bruno Palier dir.) conducted at the Centre d'Etudes Européennes of Sciences Po, was about the weakening of unions in health and unemployment insurances in France and Germany.

Then she was postdoctoral fellow at the Centre de Sociologie des Organisations of Sciences Po (December 2012 - September 2013) on a project financed by the Institut de Recherche en Santé Publique directed by Daniel Benamouzig. She analyzed hospital quality indicators in Great Britain.

Under the scientific direction of Henri Bergeron and Patrick Hassenteufel, she conducted LIEPP's evaluation on 4 actions of Government's plan to combat drugs and addictive behaviour.

She is now an Assistant Professor in politics at Versailles University Saint-Quentin en Yvelines. 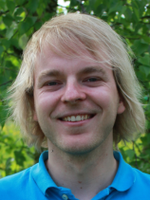 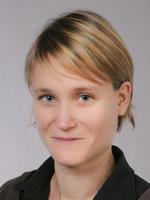