Blockchain governance in the public sector: 3 keys to success

The EU and the New Governance of Digital Markets 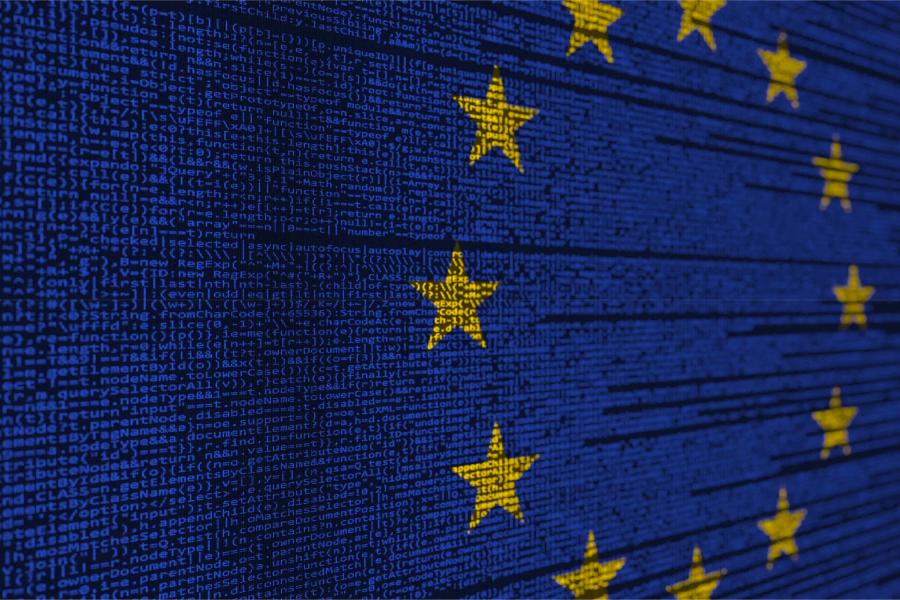 For the new European Commission, the year 2020 was shaping up to be a decisive one, particularly in terms of its digital strategy. While the health crisis has disrupted the Commission’s plans, several major developments have taken place in recent months. In June, the European Commission has announced a Digital Services Act (DSA) package to be released in December. In July, the European Court of Justice invalidated the Privacy Shield, thereby undermining the legal basis for data transfers to the United States.

In this context, this year’s edition of the annual conference of the Chair Digital, Governance and Sovereignty, which will be held on Wednesday November 18, will be dedicated to these two important developments, both of which lead to new modes of regulation. The first panel will dissect the significance of the new DSA package for the Digital Single Market and how the European view for Big Tech differs from the reforms currently being discussed in the US. The second panel will discuss the aftermath of the Schrems II ruling and envision what the future legal framework governing data exchange across the Atlantic might look like.

Moderator: Florence G’sell, Professor of Law at the University of Lorraine; Lecturer at the Sciences Po School of Public Affairs; Co-Chair Digital, Governance and Sovereignty

Filippo Lancieri is a Research Fellow at the George J. Stigler Center for the Study of the Economy and the State and a JSD Candidate at the University of Chicago Law School. Filippo’s research explores the challenges associated with regulation of digital markets, with an emphasis on the enforcement of antitrust and data protection policies. He is trained as a lawyer and an economist and his academic and professional experience spans the US, Europe and Brazil. His work has been published or forthcoming in The University of Chicago Law Review, the Antitrust Law Journal, The Journal of Antitrust Enforcement and The Stanford Journal of Law, Business and Finance, among others.

Ioannis Lianos serves as President of the Hellenic Competition Commission since September 2019. Moreover, Lianos is Professor, Chair of Global Competition Law and Public Policy at the Faculty of Law, University College London (on leave). Professor Lianos is the founding director of the Centre for Law, Economics and Society (CLES) at UCL Laws and served as the executive director of the Jevons Institute of Competition Law & Economics at UCL. He was the Vincent Wright chair at Sciences Po Paris between 2018-2019. He was also chief researcher of the HSE Skolkovo Institute for Law and Development. Professor Lianos has published extensively in the field of competition law (more than 12 books). He is the co-editor of the Journal of Competition Law and Economics, the co-editor of the Yearbook of European Law (both published by Oxford UP), the general director of the Global Competition Law, Economics and Public Policy series (published by Cambridge UP). He has won many international and national prizes and awards, including the Leverhulme prize (2012) for this research, an Alexander von Humboldt fellowship (2014), the Gutenberg prize (2011), the Emile Girardeau prize for his PhD by the French Academy of Moral and Political Sciences (2005) etc.

Before joining George Washington University Law School in 1999, Professor William Kovacic was the George Mason University Foundation Professor at the George Mason University School of Law. From January 2006 to October 2011, he was a member of the Federal Trade Commission and chaired the agency from March 2008 to March 2009. He was the FTC’s General Counsel from June 2001 to December 2004. In 2011 he received the FTC’s Miles W. Kirkpatrick Award for Lifetime Achievement. Since August 2013, Professor Kovacic has served as a Non-Executive Director with the United Kingdom’s Competition and Markets Authority. From January 2009 to September 2011, he was Vice-Chair for Outreach for the International Competition Network. He has advised many countries and international organizations on antitrust, consumer protection, government contracts, and the design of regulatory institutions. At GW, Professor Kovacic has taught antitrust, contracts, and government contracts. He is co-editor (with Ariel Ezrachi) of the Journal of Antitrust Enforcement. Professor Kovacic graduated with a bachelor’s degree from Princeton University in 1974, and received his J.D. from Columbia Law School in 1978 where he was a Harlan Fiske Stone Scholar.

Bruno Gencarelli heads the International data flows and protection Unit at the European Commission (DG Justice and Consumers). He led the Commission’s work in the area of data protection in the decisive phases of the legislative reform of EU data protection law. In that capacity, he headed the Commission’s delegation in the interinstitutional negotiations with the European Parliament and the Council that resulted in the adoption of the GDPR and the “Law Enforcement Directive”. He was also one of the lead negotiators of the EU-US Privacy Shield and “Umbrella Agreement”. He recently negotiated the mutual adequacy arrangement with Japan that created the world’s largest area of free and safe data flows. He currently co-leads the negotiations with the U.K. on all aspects relating to justice and consumers in the context of Brexit. He is also responsible for the adequacy talks with the U.K. Mr. Gencarelli previously served as a member of the European Commission’s Legal Service and as a référendaire at the European Court of Justice after having practiced law in the private sector. He holds degrees in law and political science and teaches EU Competition Law at Sciences Po Paris. He is the author of numerous publications on EU law.

Theodore Christakis (@TC_IntLaw) is Professor of International and European Law at the University Grenoble Alpes and Distinguished Visiting Fellow at the New York University Cybersecurity Centre. He is the Director of the Centre for International Security and European Studies (CESICE) and Co-Director of the Grenoble Alpes Data Institute. He is a Member of the Institut Universitaire de France and of the French National Digital Council and a Senior Fellow with the Cross-Border Data Forum. Since September 2019 he also holds a Chair on the Legal and Regulatory Implications of Artificial Intelligence with the Multidisciplinary Institute on Artificial Intelligence (MIAI@Grenoble Alpes).

Professor Anupam Chander is an expert on the global regulation of new technologies. A graduate of Harvard College and Yale Law School, he clerked for Chief Judge Jon O. Newman of the Second Circuit Court of Appeals and Judge William A. Norris of the Ninth Circuit Court of Appeals. He practiced law in New York and Hong Kong with Cleary, Gottlieb, Steen & Hamilton. He has been a visiting law professor at Yale, the University of Chicago, Stanford, Cornell, and Tsinghua. He previously served as the Director of the California International Law Center and Martin Luther King, Jr. Professor of Law at UC Davis. A member of the American Law Institute, he has also served on the Executive Council of the American Society of International Law, where he co-founded the International Law and Technology Interest Group. The author of The Electronic Silk Road (Yale University Press), he serves as a judge of the Stanford Junior International Faculty Forum. A recipient of Google Research Awards and an Andrew Mellon grant on the topic of surveillance, he has served on ICTSD/World Economic Forum expert groups on the digital economy. He serves as an Adjunct Senior Research Scholar at Columbia University’s School of International and Public Policy, a faculty advisor to Georgetown’s Institute for Technology Law and Policy, and as a faculty affiliate of Yale’s Information Society Project.