[ARTICLE] How can data sovereignty be preserved after the Privacy Shield has been invalidated? 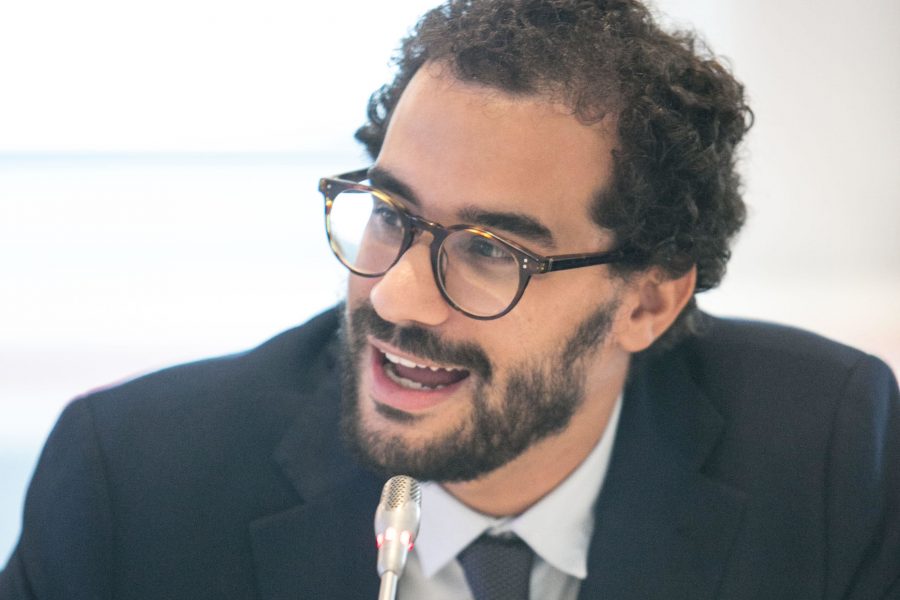 Nicola Bilotta is currently a researcher at the Istituto Affari Internazionali (IAI), where he works on international political economy, digital economy and geo-finance. Prior to this he worked as a research analyst at the Banker Research Team (Financial Times), with which he still collaborates as consultant analyst. In addition, he was Associate Fellow at the Seven Pillar Institute of Finance & Ethics and researcher at the Istituto di Alti Studi di Geopolitica e Scienze Ausiliarie (IsAG). He co-authored the book The Rise of Tech Giants. A Game Changer in Global Finance and Politics, published by Peter Lang in 2019. Nicola holds a MSC in Economic History from the London School of Economics and Political Science (LSE).
Interview by Rachel Griffin.

Following the US walkout from the OECD negotiations, what do you think are the future prospects for an international digital tax?

It is quite ironic that the US has unilaterally decided to suspend the OECD negotiations on global digital tax talks.  The US presented the OECD multilateral effort as the miracle cure to avoid the development of national digital taxes, which the US administration has strongly opposed. Just think about the threat of retaliation with tariffs as high as 100% on $2.4 billion in French imports as a coercive action against the French digital tax. Not only against France though. Other countries such as the UK, Italy or Spain were facing similar investigations on their domestic initiatives. To avoid the escalation of another trade war, a compromise was found: the suspension of trade retaliation from the US side and of national digital taxes until December 2020, which is when the OECD negotiations are supposed to publish the multilaterally negotiated proposal.

I believe that the (possible) temporary suspension of negotiations has been driven by a political strategy of the current US administration, which is trying to win time towards the Presidential election in November. We know that a global digital tax would principally impact US tech multinationals. The main concern of the US is that these giant tech players could potentially deduct the rise in taxes paid to EU countries from their US tax liabilities. The issue of the digital tax needs also to be considered in the wider context of competition for the future of innovation. Technology and the ecosystem connected to digital platforms are increasingly becoming the battleground between China and the US. It does not come as a surprise then that the former President Obama also attacked EU policies towards US multinationals, labelling them as EU protectionism.

However, there is still room for negotiations. The US are aware that – with or without the OECD proposal – the EU or key European players will introduce a digital tax sooner rather than later, which increases concerns about the prospect of a trade war. The consolidation of national digital taxes would penalise all parties involved. Operating in a scenario with many domestic digital taxes would multiply the compliance costs of the Big Techs, ultimately penalising their businesses. From an economic efficiency point of view, a global revised framework would indeed guarantee tax certainty, reducing the risk of negatively affecting investments in innovation.

You have written that ‘during the COVID-19 lockdown, US Big Techs have assumed a public utility function’. In light of this and of the very strong market concentration we see in the tech sector, do you think it is possible to effectively regulate them in a market-based model? Is there a need for more public intervention in the market or public ownership, as is the case for other utilities?

There is a very vibrant academic and public debate on what antitrust is today and how it should evolve. Clearly the underlying dynamics of the digital economy are fundamentally different from how the industrial economy worked in the 19th century. Traditionally antitrust interventions have been promoted when a dominant position could harm consumers by imposing higher prices. However, many times, digital services and products are offered at an extremely low marginal cost – if not for free – making it extremely hard to see a classical position of monopoly. Furthermore, in the Internet, network effects and ‘the first mover advantage’ naturally tend to consolidate dominant positions. Taking advantages of these dynamics, these players can strengthen their function as an intermediary between consumers and commercial services/products offered by third parties, becoming a sort of ‘bottleneck’ in the digital economy. If you can get everything you need from one platform, saving money and time, why would you look for another provider? As a result, these companies can enjoy incredible profitability, market capitalisation and liquidity to further consolidate their market power.

However, I am not totally convinced that antitrust laws should force these companies to sell or divide some of their activities. I understand the reasons why some politicians and experts suggest this solution, but we still do not know enough about digital economy market forces and their functionality to assess the long-term effects and eventual adverse effects of such policies. Perhaps, regulators should instead monitor more closely the future mergers and acquisitions of Big Techs to prevent a further consolidation of their positions, which could ultimately harm competition and normal market functionality.

Undeniably, Big Techs are gaining key functions in our society – therefore political and economic power – as shown during the COVID-19 pandemic. During the lockdown Amazon was asked in some countries to help with the delivery of emergency medical supplies; the WHO created a hotline on COVID-19 on WhatsApp. Just a few examples. What this shows is then that Big Techs are the skeleton of our digital economy. They provide the essential infrastructure on which we get virtually connected and access digital goods and services, as well as being the main providers of technology solutions for other enterprises. With this in mind, I think governments should explore ways to better regulate and frame Big Techs’ activities, to prevent abuse and anti-competitive behaviours and to counterbalance their increasingly power.

The European Commission has repeatedly said it will make digital sovereignty and digitalisation a priority, before and since the start of the Covid-19 crisis. But as we saw in the latest EU budget summit, agreeing on policy priorities and funding has not been easy. Do you think the EU will be able to make its digital ambitions a reality?

The European Commission’s quest for technology sovereignty is just a part of a wider narrative to strengthen the geopolitical weight of the EU. Global actors are aware that technology and innovation are and will increasingly be the drivers of economic growth. Technology is becoming a key component to maximise profitability and efficiency in a wide range of industries. As providers of tech services, Big Tech is capturing key roles in those sectors. Take the case of the car manufacturing industry, which has been at the heart of the industrial economy after the WWII. Big Techs are currently investing in R&D, M&A as well as partnering up with incumbent car manufactures to play a role in this industry. Firstly, they offered their connectivity products to be integrated into cars in a risk-free partnership for car manufactures. More recently, they have started to heavily invest in autonomous driving, aiming at providing car manufactures with the hardware and electronic components necessary for these kind of cars. What is happening has been analysed by Iansiti and Lakhani who described this scenario as the ‘hub economy’.

The Commission is however aware that its domestic tech market dramatically lags behind that of the US and China. EU firms currently cannot compete with either the US stock market size and value or China’s state-controlled technology industry. At least on a rhetorical level, the Commission has been vocal on the need to increase investments on technology while strengthening the environment to foster these investments. Nevertheless, it is still not clear how it will pursue this strategic objective. While European member states keep fighting about priorities and funding of the EU budget, driven by national interests, China and the US further consolidate their positioning and that of their tech giants. In the short-term, rather than seeing the EU’s tech market catching up with the two global leaders, I believe the Commission will try to further strengthen its role as ‘tech international regulator’. Counting on a rich domestic consumer market, the EU thinks it can produce a spillover effect of its standards and regulations. For example, the EU has influenced other jurisdictions and has set up global standards – as attested by the impact of the General Data Protection Regulation (GDPR), which has inspired the revision of privacy laws in 120 countries. Between January and June 2019, 49% of global regulatory proposals for the tech industry stemmed from the European Union or from EU member states, and more than half of those proposals regulated competition and company structures. However, this approach will not be enough to achieve its tech ambitions. Global leadership in tech regulation should be accompanied by growing investments to reduce the digital and technology gap between the EU and the US and China.

You can find out about Nicola’s other works and publications on his personal page.