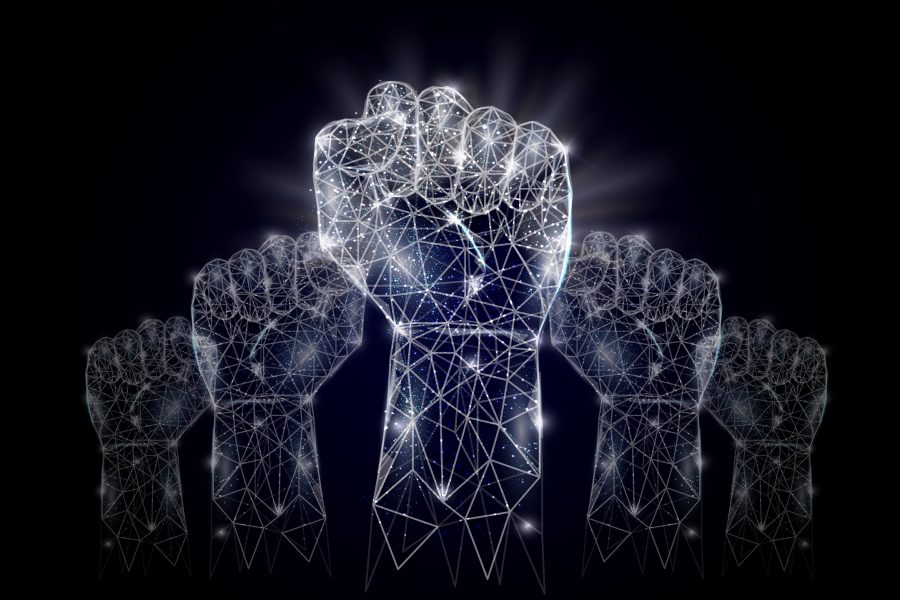 More than ten years after their inception, blockchain technologies are now well-represented in public opinion, while defining them remains a challenge. Originally invented to disrupt banks and escape the control of States, financial institutions and central banks are now massively investing in those distributed ledger technologies. In just four years, cryptocurrencies went from digital alternatives to the use of cash nearly exclusive to niches of highly skilled individuals, sometimes in link with cybercriminal activities, to risky speculative assets accessible to the masses.

While a growing number of governments are supporting the development of a mature innovative ecosystem around blockchain tech and adopting ambitious regulative frameworks such as the PACTE law in France, the Chair Digital, Governance and Sovereignty of the School of Public Affairs decided to organize a conference cycle dedicated to the governance and sovereignty challenges posed by those technologies meant to self-organize in a decentralized, open, and secure manner in order to escape, at least in their original design, to any form of external control.

Opening this cycle, on the 12th of February, 2020 Florence G’sell, chairholder, moderated the first conference titled « The Blockchain Ideology after the crypto boom: is the cypherpunk movement still alive? ». Primavera De Filippi (CNRS, Berkman Center, Harvard University, author of Blockchain and the Law), Amir Taaki (Bitcoin developer, activist, creator of the Dark Wallet, former member of the Kurdish YPG militia), and Yorick de Mombynes (Cour des Comptes, Sapiens Institute’s “Bitcoin, Totem and Taboo” report co-author) joined Florence G’sell, Chairholder, to discuss the cypherpunk ideal behind the invention of Bitcoin and what remains of this cultural and political legacy today, with the seemingly paradoxical adoption of blockchain technologies by financial institutions and States.

One year after the official announcement of the “Libra” project by Facebook, the Chair invited Arthur Breitman (co-founder and CTO of Tezos), Arnaud Delaunay (Head of Banking services and means of payment at the French Treasury), Pierre Noizat (CEO and Co-Founder of Paymium & Blockchain.io, author of Bitcoin, mode d’emploi), and Christian Pfister (Advisor to DG Financial Stability and Operations at the Banque de France, Central Bank Digital Currency taskforce lead, professor at Sciences Po and Paris I Panthéon-Sorbonne) to debate on how cryptocurrencies and especially “stablecoins” -digital assets meant to avoid volatility and keep a peg to fiat money- challenge the historical State monopoly on money.