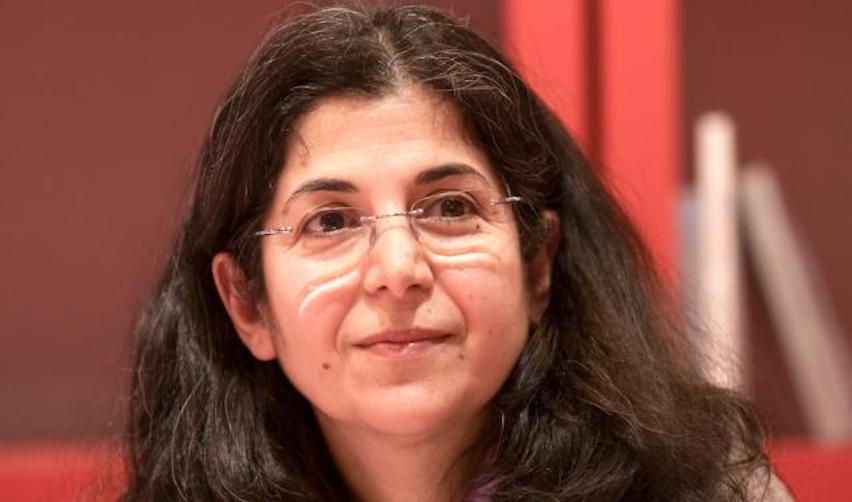 By Jean-François Bayart, Professor at IHEID (Geneva). Incarcerated in Iran since the beginning of June, Fariba Adelkhah, a specialist in social anthropology and political anthropology of post-revolutionary Iran, has been a researcher at the Centre for International Studies (CERI) since 1993. Her initial work focused on women and the Islamic Revolution. Her current research focuses on the circulation of Shiite clerics between Afghanistan, Iran, and Iraq. Internationally recognised and respected by her peers, Fariba Adelkhah is today an academic prisoner.

Arrested at the beginning of June in Iran, Fariba Adelkhah, Director of Research at the Paris Institute of Political Studies (Sciences Po), was born in 1959 in Tehran, to a middle class family originally from Khorassan. This detail is not incidental. Fariba Adelkhah has devoted a great deal of her work to this region, which remains one of her favourite regions for field research. In the 2010s, Khorassan also provided her with a springboard from which to develop her research on neighbouring Afghanistan (FR). This is because, as Fariba Adelkhah has long emphasised, Khorassan has a symbiotic relationship with that country, to the extent that they together constitute a ‘Greater Khorassan (FR)’. This is partly for historical reasons: the west of Afghanistan was, until the midnineteenth century, among the ‘protected lands’ of the Iranian dynasties, and the Hazara of Afghanistan took refuge in the Qajar empire at the end of the nineteenth century following an extermination policy carried out against them by Kabul. And it is also, of course, for more contemporary economic and social reasons, linked to road and rail infrastructure, to trade, to smuggling, to the narcoticstrade, to immigration and to the waves of refugees which the various phases of conflict in Afghanistan (FR) since 1980 have generated.

Furthermore, Ali Shariati, one of the great ideologues of the Iranian revolution of 1979, on whom the Islamic Republic would turn its back, was descended from a Khorassan lineage of clerics. Like most students of her generation, Fariba Adelkhah has read him and was influenced by his demands for truth and justice, in the sense that the term haqq assumes in the mystical philosophy of Shiite Islam.

As a student, Fariba Adelkhah read another book which made just as much an impression on her: The Second Sex by Simone de Beauvoir, which had been translated into Farsi. We cannot understand her decision to begin studying sociology in France, at the University of Strasbourg, in the autumn of 1977, if we do not keep this fact in mind.

La Révolution sous le voile : The Work of an Anthropologist

However, Fariba Adelkhah never cut her ties with Iran where she continued to travel each year, to see her family, but also to carry out her first field research, under Iraqi bombs, as part of her PhD in anthropology at the Paris School of Advanced Studies in the Social Sciences (EHESS), under the supervision of Jean-Pierre Digard. Her focus was on the movement of revolutionary women aligned with Islam, of whom she undertook a subtle and nuanced analysis, focusing on their practices of veiling and their religious meetings (jaleseh). This led to her first book, La Révolution sous le voile : Femmes islamiques d’Iran (Karthala, 1991), which may have led to misunderstandings as it was immediately read in the light of a double ideological debate (or fight), that of French secularism and that of very western-centric north-Atlantic feminism. In reality, Fariba Adelkhah is in no way an “Islamic woman”, even if through her education she understands the religiosity of her country of birth, in contrast to most social scientists of Iranian origin who are generally from affluent and very secular backgrounds. Her work was that of an anthropologist, and not of an ideologue. She emphasised over and over that her research only focused on one category of women, in a specific historical context, and had no wider import, notably with respect to French polemics over the veil. In the same way, her current research on the movement of clerics, particularly Afghan, in the transnational space which includes Afghanistan, Iran and Iraq, is part of a more general and long-standing reflection which she began in the middle of the 1990s on the place of travel in Iranian society.

Her mentor, besides Jean-Pierre Digard, was the anthropologist Gérard Althabe (1932-2004), whose research as well as whose humanity and modesty she has always admired. At the same time, although often presented in this way, her anthropology is not limited to gender or to Islam. Quite the contrary. Fariba Adelkhah has on several occasions spoken out, notably in articles in the journal Politix, against reductionist interpretations of the Islamic Republic and against the restricted focus of a large part of the social sciences on the single sprawling subject of Islam.

Without abandoning questions of gender and Islam, Fariba Adelkhah’s two most important books, Etre moderne en Iran (Karthala, 1998) translated into English as Being Modern in Iran (Columbia University Press, 2001) and Les Mille et une frontières de l’Iran. Quand les voyages forment la nation (Karthala, 2012) translated into English as The Thousand and One Borders of Iran: Travel and Identity (Routledge, 2016), reflect on much broader questions, on the one hand, that of the ‘being in society’ (adam-e ejtemai) who seeks to create harmony between exterior (zâher) and interior being (bâten), private life and presence in the public sphere, striving for the development of citizenship, of public space, perhaps of a religious orientation, of previously unheard of forms of modernity, including the feminine; and on the other hand, the problematic of the relations which Iran has maintained, over the longue durée, with the rest of the world (and not solely with the Middle East, the region to which it is deemed to belong) and which have contributed to defining contemporary cultural and political society.

The Complexity of the Facts, Far From Preconceptions

Fariba Adelkhah has written some of her most dazzling pages on often very ambiguous symbols of charity, on smuggling, on cemeteries, on the Hajj, on the Iranian diaspora in California, in Dubai and in Japan, on pigeon-fanciers, on Afghan immigrants, without neglecting concrete religious practices and the electoral scene, which she accurately analysed, showing that the Islamic Republic, while certainly not democratic, was nevertheless not the dictatorship that it is said to be.

This has brought her many jeers and suspicions, as much from opponents of the Islamic Republic as from those of the security services who have interrogated her and confiscated her passport on many occasions in order to try to intimidate her. Some have wondered if she is the Han Suyin of the regime, quick to suppress all criticism through naivety or to protect her own interests, her freedom or her access to her research fields. This is to misjudge her, as is attested to by the article in the journal Esprit which she devoted to Neda, the young Teheranian protester killed by the security forces during the challenge to the official results of the presidential election of 2009, or the open letter which she addressed to President Ahmadinejad during the trial of the French doctoral student Clotilde Reiss. Simply, Fariba Adelkhah has never ‘done politics’, has never positioned herself as an activist, has always made balanced judgements on the Islamic Republic. As an anthropologist, she has always stuck to the complexity of the facts and of actual practices, at the risk of offending ‘received opinion’ – she actually edited a lovely book on Iran in the Cavalier Bleu series entitled ‘Idées reçues’,– prejudices or ideological reflexes.

One of her mantras has been to put into perspective the extent to which the revolution of 1979 constitutes a rupture. Not that she is ignorant of the pathos, the emotion of the event, which remains a legitimating factor for the regime among the population, if only because the revolution brought, at a high price, Iran’s independence from the United States of America and that no one dreams of restoring the monarchy. But because the Islamic Republic has, as she showed again in her Etude du Ceri (FR) of 2017, reproduced some of the logics of the old regime, and replicated some of its interests, particularly in the agricultural domain. In short, her understanding of the revolution of 1979 is entirely Tocquevillian, in the same way as her analysis of Islam is similar to that of Protestantism by Ernst Troeltsch, of English Methodism by Edward Thompson or of Breton Catholicism by Michel Lagrée, authors who she in fact cites.

Fariba Adelkhah is a formidable field researcher, intrepid to the point of travelling to the heart of Hazara country in Afghanistan under the nose of the Taliban, carrying out participant observation of pilgrimage, taking fiqh lessons in Qom, rendering her findings with subtlety and irony, but always with lots of empathy and respect for the people she studies.9 She has, without doubt, given us the best writing on contemporary Iran, but beyond that, her books represent a crucial contribution to anthropology, appreciated as such by specialists from very different perspectives, as is demonstrated by the indignation which her arrest has provoked in the international research community.

The accusations of spying which will be laid against her as part of the game of diplomatic blackmail which certain Iranian decision-makers have seen fit to initiate against France have the credibility of the prosecutors of the Moscow Trials. No doubt her translations into Farsi of the French poets of the fifteenth and sixteenth centuries, which she published on a literary website, will be used as evidence against her, irrefutable evidence of her complicity with Western imperialism or, who knows, with Wahabbism! In reality, Fariba Adelkhah is the
collateral damage of Donald Trump’s “strategy of tension” and of the Bolshevik methods of part of the revolutionary establishment of the Islamic Republic which remains faithful to its propensity to secrecy and violent action from the 1970s. This is the sad fate of researchers of integrity. They are the ones who are sacrificed, and they are easy spoils for the extremists on all sides.

If we can easily understand the little respect which Donald Trump has for the university “china shop” when he moves around the international stage, we have more difficulty in acknowledging the interest, for national security and diplomatic relations of the Islamic Republic, of throwing into prison the best anthropologist of Iran, even if she ultimately chose to become a French citizen after living in France since 1977. One fact alone explains the price which a researcher is worth in our ‘world of savages’. Detained at Evin by, apparently, the Guardians of the
Revolution, suspected by a part of the Iranian opposition in exile of being an accomplice of the Islamic republic and by certain French secularists of maintaining a culpable complacency towards Islam, Fariba Adelkhah was regularly refused a visa by the U.S.A. where she was invited by universities to present her research, even as a French citizen. Thus the state of research, in this great year of 2019.

By Jean-François Bayart, Professor at IHEID (Geneva)​. This biography was originally published on the FASOPO website. 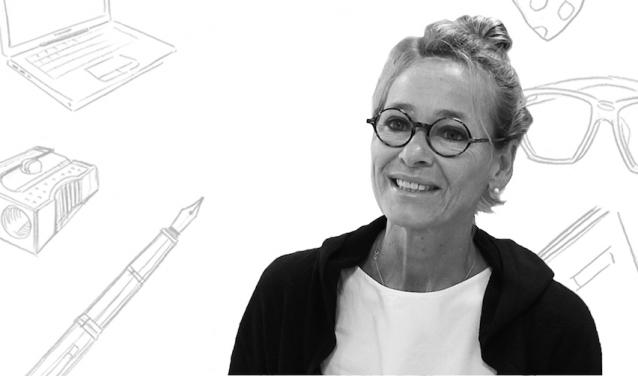 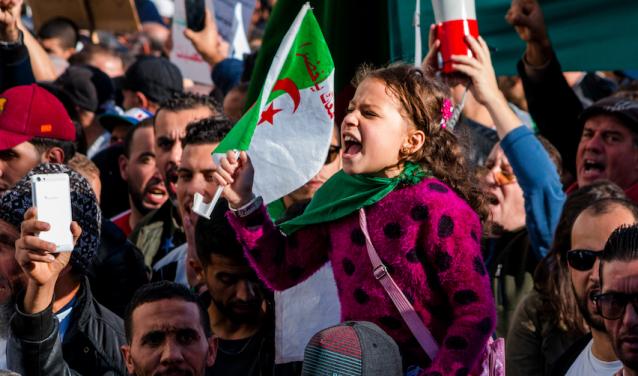 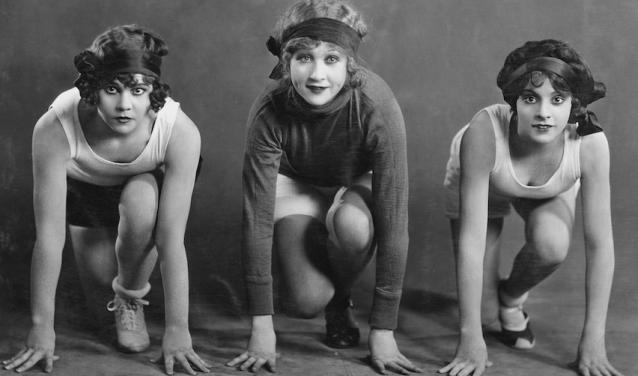 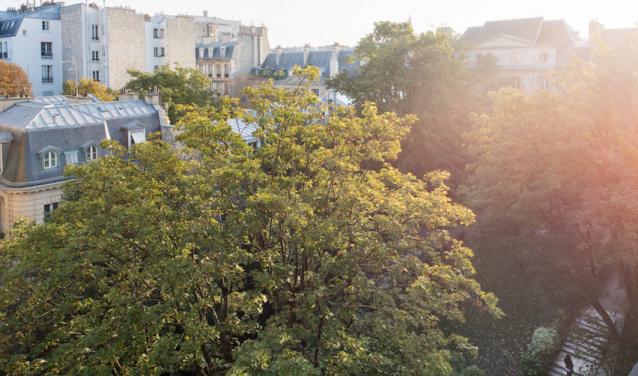 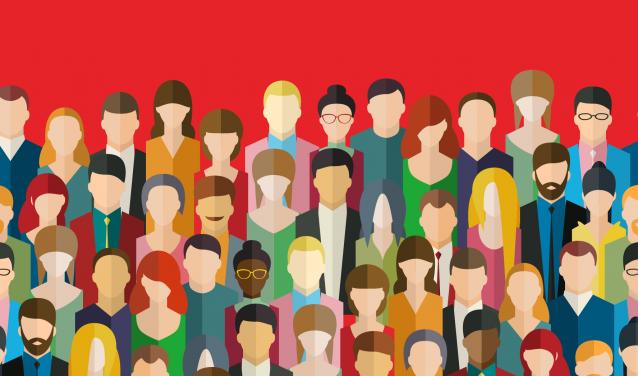 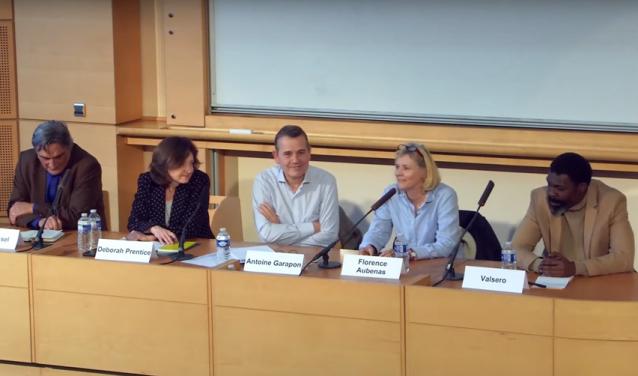 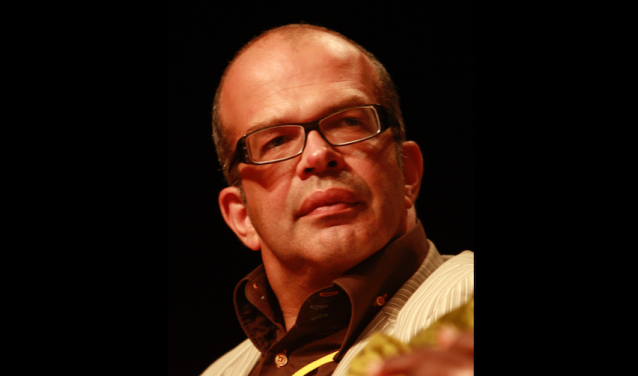 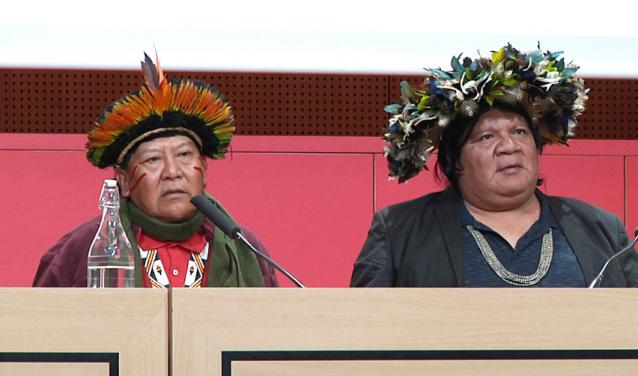 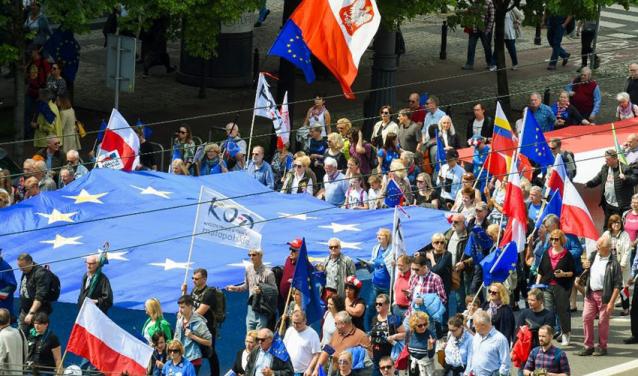