2020 Conference on the Stakes of Peace & War: Diplomacy, Anthropology, Climate and Conflict

Refuge in the Arab East and West: How states (re)navigate the international refugee regime 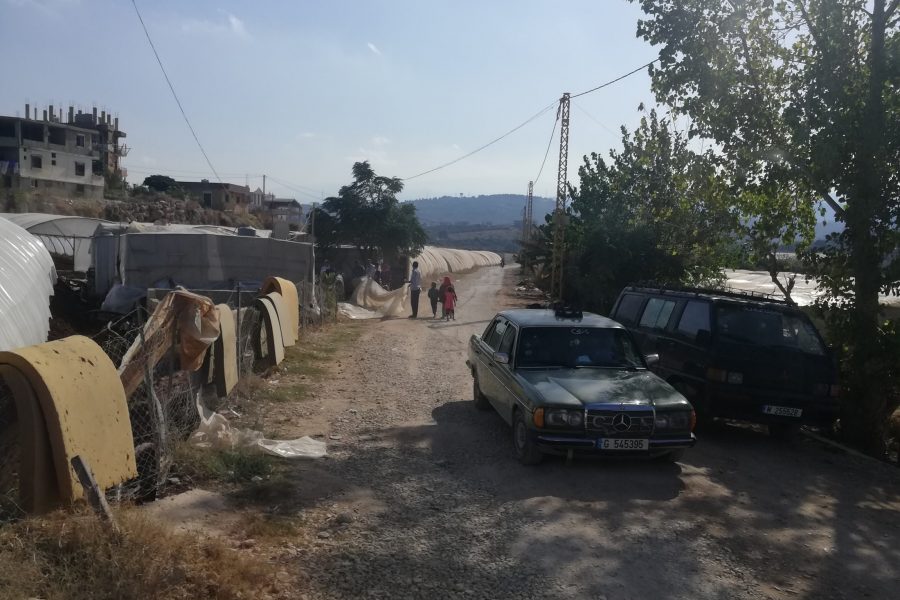 From 3-4 November 2021, Tamirace Fakhoury (Associate Professor at University of Aalborg in Copenhagen & Scientific advisor to the Kuwait Chair at Sciences Po Paris) and Dawn Chatty (Professor at University of Oxford & visiting professor at Sciences Po Paris) hosted the conference Refuge in the Arab East and West: How states (re)navigate the international refugee regimeat Sciences Po Paris. In its unique format as an interactive authors’ workshop, the conference brought together seventeen scholars to collectively discuss and refine nine abstracts for an edited volume planned to be published in late 2022.

Adopting a critical lens, the project aims to re-examine the role of Arab states in the international refugee regime and fill a gap in the literature on how they have shaped, challenged, and created refugee norms and practices. While Arab states are hyper-visible in the debate around refugee numbers, the history, lived experiences and politics of refugee governance in the Arab East are often concealed. The project, therefore, seeks to deconstruct the Global North – Global South binary, de-exceptionalise the Arab region, and create knowledge for scholars of the Middle East and for refugee studies more broadly.

Starting by defining the core theme of the projects, the workshop conveners Dawn Chatty and Tamirace Fakhoury laid out the role of Arab states as norm creators, norm cooperators and norm manipulators.

In the first session, Matthieu Rey (IFPO and Centre National de la Recherche Scientifique) presented the abstract for his chapter entitled: “The genealogy of a political concept: ‘refugee’ or the Europeanisation of the World-system”.Tracing the historical trajectory of the refugee category, he outlined the European origins of the refugee system prior to the 1951 Refugee Convention and the increasing mobility of the 19th century. The ensuing discussion led by Jeff Crisp (University of Oxford) and Annika Rabo (University of Stockholm) highlighted the role of historical approaches in refugee studies and the power of language and definitions.

In his chapter “Managing Forced Migration in the Arab World: Refugee Rentierism as an Emerging Global Norm” Gerasimos Tsourapas (University of Glasgow) introduced the concept of ‘refugee rentierism’ to highlight how refugee hosting states leverage their hosting capacity. Focusing on how refugee rentierism as a norm is diffused across the Global South, he highlighted the role of Arab states as norm cooperators. Jeff Crisp and Annika Rabo led the discussion following the presentation that brought up the conceptualisation of refugee rentierism as the inevitable outcome of migration externalisation policies.

In the following session, Benjamin Thomas White (University of Glasgow) presented his research in the chapter “UNHCR and the Algerian war of independence: postcolonial sovereignty and the globalization of the international refugee regime, 1954-1963”. He highlighted the crucial role of the Algerian war of independence in expanding the refugee regime beyond Europe and conceptualised the international refugee regime as a site for the articulation of sovereignty in the decolonising world. In the following discussion, the discussants Dawn Chatty and Annika Rabo highlighted the complex relationships between people and territory.

Adopting a legal-historical approach, Maja Janmyr (University of Oslo) discussed Lebanon’s role in setting up the global refugee regime by participating in law-making procedures and global fora in her abstract “Lebanon and the Development of International Refugee Law”. The discussants Jeff Crisp and Clothilde Facon highlighted the complex relations of non-signatory states to the UNHCR and raised the difficulties of assessing state positions in a fragmented political context.

In his presentation of the abstract “The Making of Reverse Diffusion in International Systems”, Jean-Pierre Cassarino (College of Europe) outlined the concept of ‘reverse diffusion’ to understand non-European Union (EU) countries’ policies towards refugees, not as instrumentalising migration, but in view of EU countries’ increasing accommodation of increasingly vocal and empowered non-EU countries’ claims. The discussants Jill Alpes (Ghent University) and Emma Empociello (Sciences Po Bordeaux) highlighted the role of power in norm diffusion.

Providing an in-depth discussion on norms, Dallal Stevens (University of Warwick) presented her abstract “Refugees and Arab States: The New Norm-al?”. She analysed how nuanced normative frameworks from norms of international law to social moral obligations such as hospitality and religious norms influence refugee management. In the following discussion, Jennifer Gordon and Emma Empociello further highlighted the selectivity of the application and durability of norms.

In the following session, Ann-Christin Zuntz (University of Edinburgh) presented the abstract “Syrians’ only option – Rethinking unfree labour through the study of refugee workers in the Middle East”. Her ethnographic research focused on refugee workers’ experience, networks and the mechanisms of labour. The discussion led by Jennifer Gordon and Annika Rabo emphasised that both forced/unforced labour and refugee/migrant categories operate on a spectrum.

The final discussion of the workshop led by Tamirace Fakhoury and Dawn Chatty revolved around challenging Global North-Global South binaries and contesting dominant narratives around refugee governance and experiences. It emphasised the importance of de-exceptionalising Arab states’ refugee regimes, policy legacies and histories. It also centered on bringing the region back into the conversation as a subject, not just a passive recipient of norms and policies.