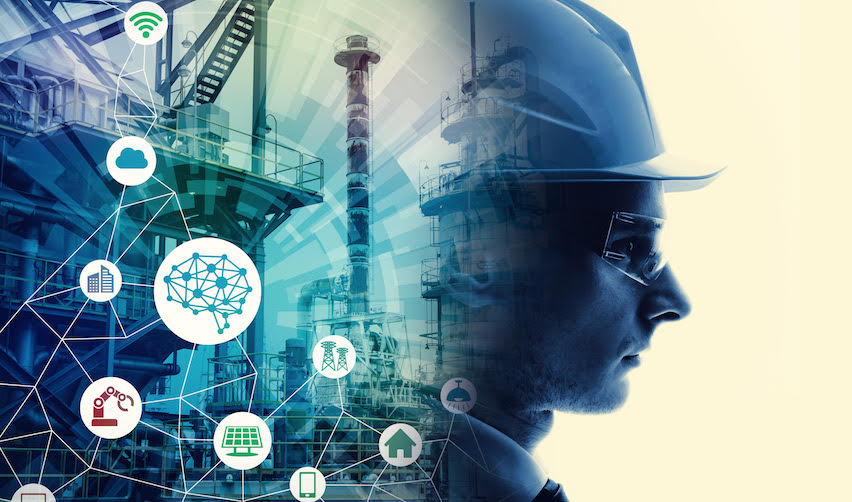 Article by Bruno Palier, researcher at the Centre for European Studies and Comparative Politics.

I studied these consequences with Thomas Kurer (Center for European Studies, Harvard) and a team of researchers with whom we are publishing a special issue of the journal Research And Politics. We start with the observation that the automation and digitization of activities are creating employment polarization. This polarization translates into both growing income inequalities and a political revolt of the lower middle classes.

The polarization of the work world

It was long believed that technological progress especially affected lower-skilled jobs. However, American economist David Autor and his team have shown that since the beginning of the 1990s it is actually middle-skilled jobs that are disappearing due to this progress. Robots and computers capable of programmable tasks are performing routine tasks that are often found in middle-skilled jobs in both factories and services. This is known as task biased technological change.

A robot can replace skilled workers working on an assembly line, and automatons can also perform many service functions. This is especially the case of automatic banking machines and automatic checkouts in supermarkets. Thus, middle-skilled jobs are disappearing, while highly paid jobs are being created (very high-skilled jobs – especially, but not only – in the cutting-edge, high-tech research, and innovation sectors). At the same time, very low-paid and precarious jobs are growing (in the transportation, hospitality, restaurant, retail, and personal services sectors). David Autor’s research on the American labor market has been confirmed and also refined in many comparative works. Routine jobs have disappeared everywhere, with differences between countries in the pace of these job elimination and creation trends.

This is what Camille Peugny shows in our special issue (The decline in middle-skilled employment in 12 European countries: New evidence for job polarisation): across the 12 European countries he compared, middle-skilled jobs were the ones being destroyed. However, he noted that this destruction varied in size, with some countries maintaining middle-skilled jobs in administrations, as is the case in Germany, while others experience high polarization, such as France. He also shows that there are differences in the jobs created. Some countries (like in Scandinavia) are able to create more skilled jobs while others (like Southern Europe) create more low-paid jobs.

Research by Thomas Kurer and Ana Gallego (Distributional consequences of technological change: Worker-level evidence, in our special issue of Research and Politics) analyzing British panel data shows how polarization occurs: it involves less of a sudden elimination as a gradual one over generations. Amongst people with a routine job, over a twenty-five year period, around 63% “survive” with a routine job, 24% move onto other jobs (better or worse), 10% quit routine work by retiring, and only a small minority is unemployed.

A feeling of downward mobility

Although a large share of the “routinely employed” are not yet affected by the digitization of their jobs, they still feel growing pressure on their work, observe that their living conditions are deteriorating, and fear that they children might live and work under less favorable conditions than theirs. Employment polarization thus threatens a part of society that has long benefited from economic growth and upward mobility prospects, that is, a share of the middle classes.

As Grégory Verdugo has shown (The new labour inequalities. Why jobs are polarizing, OFCE), employment polarization largely explains the large increase in wage inequalities in developed countries over the past decades. Some are predicting a massive elimination of many jobs within the next twenty years. Two Oxford researchers, Carl Benedikt Frey and Michael Osborne, have estimated that 47% of U.S. jobs are threatened. Since then, these forecasts have been reassessed and lowered, notably by the OECD, with figures closer to 9% in Europe (Automation and Independent Work in a Digital Economy, OECD). While these remain faraway prospects, we are already seeing that the anxiety this generates in the threatened classes is driving the political ruptures occurring in most advanced democracies: the rise of extremist and anti-system parties in most European countries, Brexit in Great Britain, and Trumpism in the United States.

The political revolt of the lower middle classes

The people most affected by the technological changes threatening jobs are at the heart of contemporary industrial democracies: the middle classes. They are the classes that benefited from the post-war years of growth, gained stable employment status, and benefited from the social progress brought by welfare states. Today, a share of these classes is threatened by technological developments. These are not marginal social groups who are used to being unrepresented in the public sphere, but rather social groups with insider status, who are used to voting and expect to be represented and taken into account. However, the options that many of them have today are to either accept a downgrade in their work conditions to maintain their employment in the context of automation, or to take a lower-paid and more precarious job (the jobs created today at the bottom of the wage scale). The middle classes are thus facing the threat of downward mobility.

A recent study conducted by Frey, Berger, and Chen relates the vote for Donald Trump in 2016 with local exposure to automation risk. Meanwhile, with our Sciences Po colleagues, we have shown in a recent article “The “losers of automation”: A reservoir of votes for the radical right?” that in the eleven European countries which have experienced the development of a protectionist far-right party, the people most likely to vote for these parties were most threatened by the automation of their jobs, and had incomes that were just sufficient or short of carrying them through the end of the month. The higher the risk of automation in a profession, the higher the likelihood of voting for the populist far right, at least among people who feel they can cope, but just barely. Among the most disadvantaged, the risk of automation is mostly conducive to political withdrawal and abstention.

These are the “small middle classes” threatened by the gradual elimination of their jobs. Given the jobs highlighted by the “yellow vests” – although we cannot currently demonstrate this for lack of an in-depth study – there appears to be a link between their movement and the “lower middle classes”