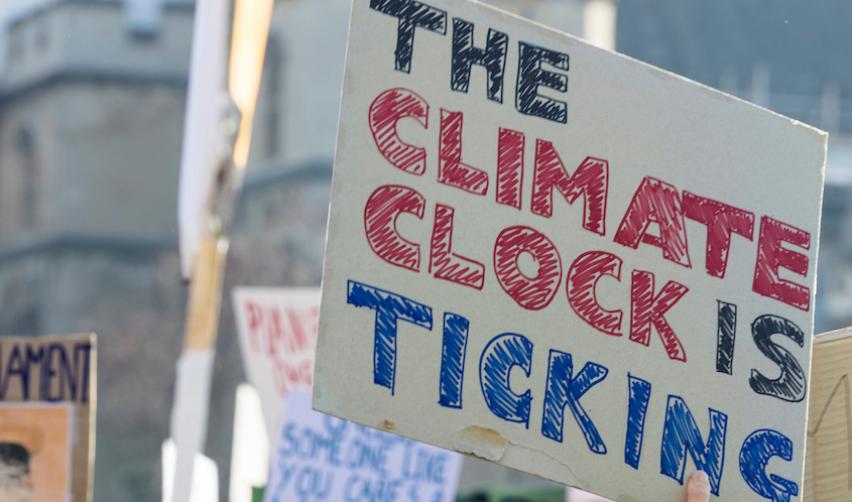 From COP24’s disappointing final agreement to France’s abandonment of the carbon tax increase due to the “gilets jaunes” movement… It seems that climate change concerns have fallen to the very bottom of global political agendas.

The current pace of CO2 emissions and national commitments, outlined in the wake of the Paris Agreement, still put the world on track for a 3°C warming above preindustrial temperatures by the end of this century. This lies far beyond the +1.5°C target considered as the most acceptable for all participant countries during the 21st Conference of the Parties which took place in Paris in 2015. Even the +2°C target, although less binding, still remains out of reach under current trends and policies.

A 3°C warming would wreak havoc on the planet, justifying the absolute necessity of the +1.5°C limit. However, even a +1.5°C change would incur heavy consequences. The adaptation cost would undoubtedly be high both for current and future generations: loss of agricultural yields, sea-level rise, whole regions rendered uninhabitable, leading to massive flows of climate migrants, collapse of the ecosystems and impoverished biodiversity, extreme meteorological events, seashore and topsoil erosion… All these effects will become even more dire as global warming proceeds.

It would thus be irresponsible to downplay the climate issue by considering it less urgent than social or economic crises.

When will the carbon budget be depleted?

How should we go about putting climate change at the core of discussions and commitments? One potential answer would be to give a monetary value to the procrastination that delays the decarbonisation of the economy.

In order to do so, we rely on what climatologists call the “global carbon budget”. This is the quantity of greenhouse gases (GHG) that can be emitted while keeping global warming under a given threshold (for example, +2°C or +1.5°C for the Paris agreement). The computation of this carbon budget includes carbon sinks (such as the oceans and the biomass) as well as GHG other than CO2.

Failing to commit to decarbonisation immediately will lead to an early exhaustion of the carbon budget.

Using projected emissions pathways, it is possible to compute the year by which the carbon budget will be depleted. Should this happen, we will be compelled to cut our emissions immediately and entirely. But this compliance with environmental constraints is utterly absurd since it exacerbates the procrastination logic.

Less costly ways to achieve decarbonisation exist. But extreme procrastination provides an upper bound for the decarbonisation cost. Given an estimate of the depletion year, the decarbonisation cost can be calculated by discounting the cost of emissions reduction using a backstop technology able to capture and store CO2 (see for instance Climeworks). The total cost grows over time, year after year, as long as we do not pay for it. It is therefore comparable to a debt, which is why we refer to it as a “climate debt”.

We find striking results, as shown in the following table. The EU carbon budget will be depleted within 10 years for the +2°C target, while the corresponding EU climate debt is larger than 50% of the GDP.

This estimation is speculative by nature – it is based on future emissions projections and cost estimates for future emissions reduction technologies. Using a stricter set of hypotheses can lead to a 200% of GDP climate debt for the European Union. (The OFCE’s policy brief details more precisely the parameters and assumptions made.)

This climate debt is huge, in particular for the +1.5°C target. Worse, it grows whenever we postpone the implementation of environmental policies. This increase is linked to the growing gap between decarbonisation pathways and the effective emissions trend on the one hand and to the cost of borrowing from other countries and the climate on the other.

Action now is less costly than the 2008 financial crisis

When the global budget is depleted, further procrastination will entail overshooting the +1.5°C or +2°C threshold. Putting global warming back on target will then require negative emissions, which will be costlier than not overshooting.

The magnitude of our estimates also illustrates our responsibility. The +2°C target cost can be put on par with an investment flow of 1% (and up to 4% when considering the strictest hypotheses) of the European GDP each year until the end of the century. This is comparable in magnitude to the results reported in the 2006 Stern report. This was the first major study to provide economic estimates of the impacts of climate change, whilst using a different methodology. It is also quite close to the 180 billion Euros of green investments estimated by the European Commission in its assessment of green investment needs for the EU.

For 1% of GDP to stick to the +2°C target implies less consumption, less productive investments or even less education, since this “investment” does not grant any other advantage than reducing CO2 emissions. It is also a challenge for inequalities since some of climate change mitigation policies instruments used have significant distributional impacts, and may impact lower income households disproportionately.

But it remains small enough to not have any excuses for giving up the commitment of the COP21: the 2008 crisis represents a bigger loss of GDP than that. The +1.5°C target is of course more restrictive; the investment flow is about 2.4% of GDP, and can go well beyond depending on the chosen scenarios.

The issue of burden sharing

This estimation also highlights the sensitivity of climate debt to the sharing rules – namely how the carbon budget is to be split between the countries of the globe. For example, depending on whether we share the carbon budget based on a snapshot of Europe’s share of global emissions taken in 2018 or 1990, the climate debt varies from a ratio of 4 to 1.

The first method (using 2018 as a reference point) benefits developed countries, which have been emitting more per capita than the rest of the world since 1990. Adopting a producer approach by ignoring imported carbon in goods manufactured elsewhere (net of exportations) also reduces the responsibility of developed countries.

The choice of burden sharing methodology also influences estimations within Europe. COP21 innovated by setting aside the issue of shared responsibility and allowing every country to express its own. But the world is (still) closed and what some do not do will be to the detriment of all.

Our quantification indicates that implicit transfers between states, including within the EU, go into the double-digits points of GDP. Not only does postponing the debate about how we should share the burden increase the burden but it also generates future conflicts, especially as climate change becomes more urgent.

The following quote is attributed to the British physicist Lord Kelvin, pillar of the classical scientific approach, reproduced on the pediment of the building of Social Sciences of the University of Chicago:

To that Frank Knight or Jacob Viner, both professors of economics at the same university, would have answered:

“Yes, and when you can express it in numbers your knowledge is of a meagre and unsatisfactory kind.”

Estimating the climate debt faces the same pitfalls – the risk of disaster could be trivialized, while discouraging goodwill. But if we are to reduce it, we first have to measure it.

This article was originally published in  The Conversation under the Creative Commons license. Read the original article. 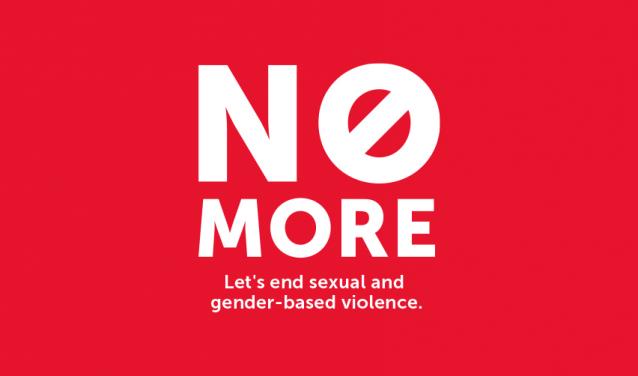 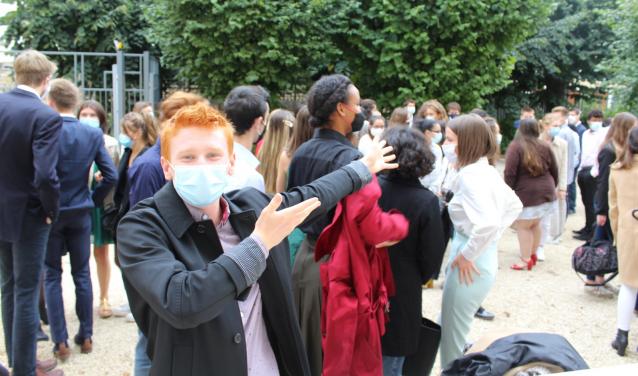 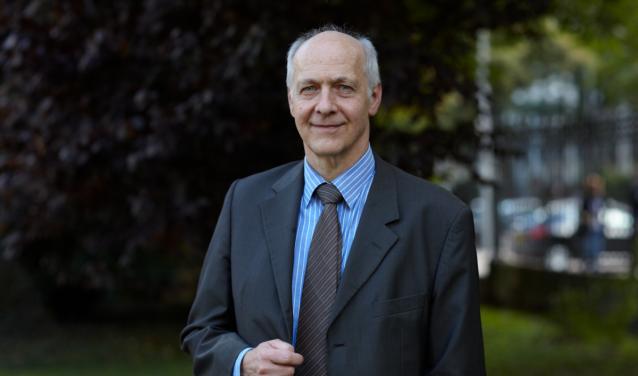 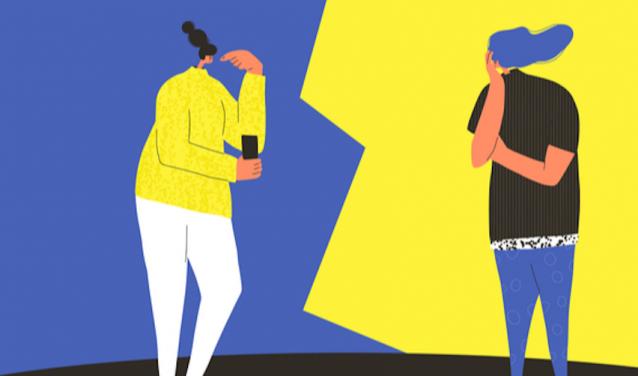