Home | News | The Camera as a Weapon, Photographs as Bombs
Event

Cameras that “serve as weapons”, photos as “political bombs” that “explode”: such was the language of photographer JR when he addressed a packed lecture hall of students at Sciences Po this week. Taking his audience on a two-hour whistle-stop tour of the most provocative pieces of his career – by way of Paris, Rio de Janeiro, and the Mexican border – JR answered the question of whether art is by its nature political. If his compelling lecture made one thing clear, it’s that his work certainly always is.

“The idea is not to show that people are good or that people are bad, it’s to show that in every one of us there is good and bad, but that we are not going to avoid representing anyone. The point is that when one looks at the fresco, everybody is represented: each of us observes one another.”

Whether they are pasted to the exterior of demolished housing estates on Paris’ outskirts, or peering over walls dividing countries around the world, JR’s photos are as much about their viewers as the people they contain. Spectatorship is the crucial concept, as he explained at Sciences Po – his own eyes obscured as ever behind a pair of trademark sunglasses.

Static images become interactive installations, he told students, via the reactions of spectators: whether that means tearing the photos down, strolling obliviously on top of them, or taking a selfie alongside. In that sense, JR’s art belongs equally to the often overlooked (another keyword) corners of society that he seeks to represent, as to the ruling authorities he is usually required to work around.

“We asked [the American Border Patrol Guard] whether we could post the video on social media – because nobody expected that any of the guards would allow that… He said do it, and I must have asked him at least three times: he said do it because that is the only way we will change ideas and reopen the debate.”

Opening up a debate is exactly what JR succeeded in doing within the Emile Boutmy Lecture Hall at Sciences Po. Having processed the artist’s message as much with their eyes as with their ears, students were invited to pose any questions. As they have before in various locations around the world, JR’s photographs proved their tireless ability to open eyes and provoke a reaction.

A full recording of the event is available to watch back (video in French):

The members of the Board of Directors of the National Foundation for Political Sciences (FNSP), meeting this Wednesday, 13 January 2021, wished to express their shock and unanimous condemnation of the accusations brought against Mr. Olivier Duhamel. They wished to expressed their support for the victims of these criminal acts. They also took note of the severity of the resulting crisis for the institution. 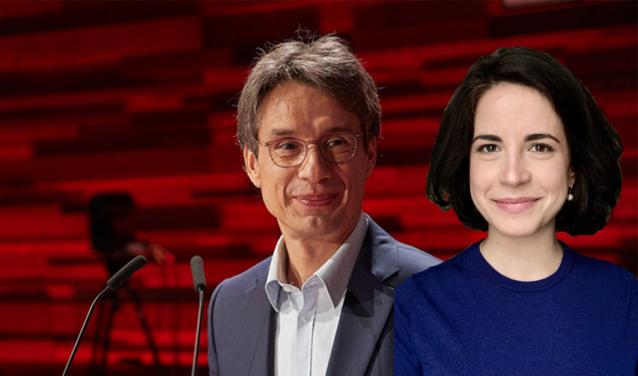 The Nancy Campus At a Glance

A stone’s throw from the city center, the Sciences Po campus in Nancy is nestled in an ancient Jesuit seminary dating back to King Stanislas. It hosts Sciences Po’s undergraduate college programme with a focus on franco-german relations and the political, economic, and social aspects of the European Union.