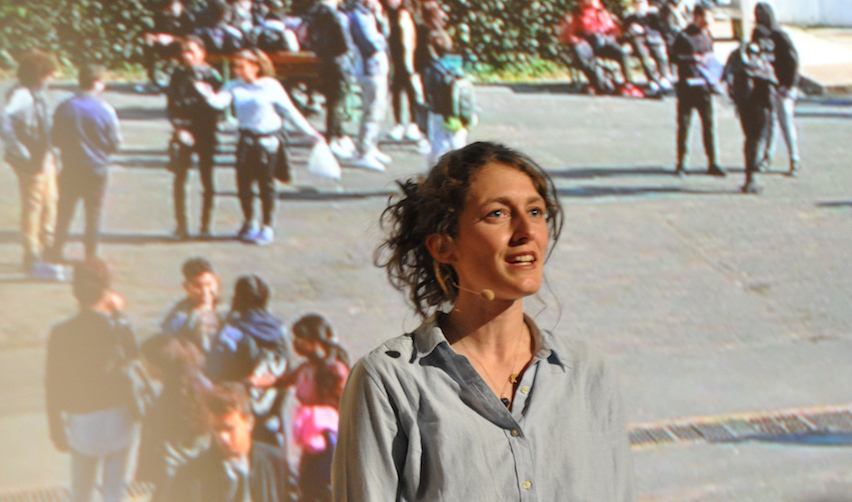 > Only a few days left to watch the Live Magazine of equal opportunities of 31 May (in French)! #ScPoLiveMagazine #20ansCEP

Twenty years later, initial tensions have been eased by the successes of the students who joined the school through this procedure, no more or less remarkable than any other student at Sciences Po. One lesson remains as the main legacy of this experience: declaring equal opportunity does not suffice for it to exist, nor invoking diversity for it to occur.

The EOP, the beating heart of Sciences Po's social expansion

In twenty years, the Equal Opportunity Programme has enabled nearly 2,300 students to join the institution from areas where no one sees Sciences Po as a possibility. More than a thousand graduates have been awarded the precious diploma, embarking on careers as diverse and successful as those of all Sciences Po students. More widely, more than 10,000 students took part in preparatory workshops in their high schools, opening up their horizons to courses they had never considered - a rarely mentioned multiplier effect of the programme. The stories of success and commitment that have marked these twenty years will be the subject of a special evening of testimonials, the "Live Magazine of Equal Opportunities", organised on 31 May in honour of this anniversary.

Over the past twenty years, the EOP has been the beating heart of Sciences Po's social expansion, with ¾ of its cohorts made up of scholarship holders. At the same time, Sciences Po introduced two other innovations: a system of tuition fees adapted to each family's income and a social aid policy unmatched in the French higher education landscape. These innovations have brought the rate of scholarship holders in the institution from 12% in 2006 to 25% today. At the same time, Sciences Po experienced an explosion in its attractiveness, with a record number of more than 20,000 applicants in 2020, and an increase in enrolments from 6,000 to 14,000 students, all the while maintaining a high level of selectivity with around 20% of students admitted. Its international reputation has been strengthened with notably a 2nd place globally in political science and international relations in the QS ranking, since 2019.

An admission system reformed to be open to all talents

Building on this experience of voluntarism, Sciences Po in 2020 announced the next stage in its commitment to social inclusion: the reform of its admissions procedure, which is now open to a wider number of applicants via the national platform Parcoursup, with entrance evaluations designed to give all talents a chance, and a target of 30% scholarship holders in each new cohort. Within this procedure, candidates who have followed an EOP workshop in a partner high school go through the same evaluations as all candidates, and will eventually constitute 15% of each new cohort.

This major reform owes much to the experience of the EOP, which inspired much of the new admission evaluations and their ambition to eliminate social bias. It allows Sciences Po to address an even wider and more diversified pool of students. In the spring of 2021, as the new procedure has attracted 15,000 applicants from all over the country via Parcoursup, Sciences Po will roll out the next stage of this renewed ambition for social openness by announcing the extension of the Equal Opportunity Programme, involving 200 high schools by 2023, compared to 106 at present.