Home | News | The Power of Cities 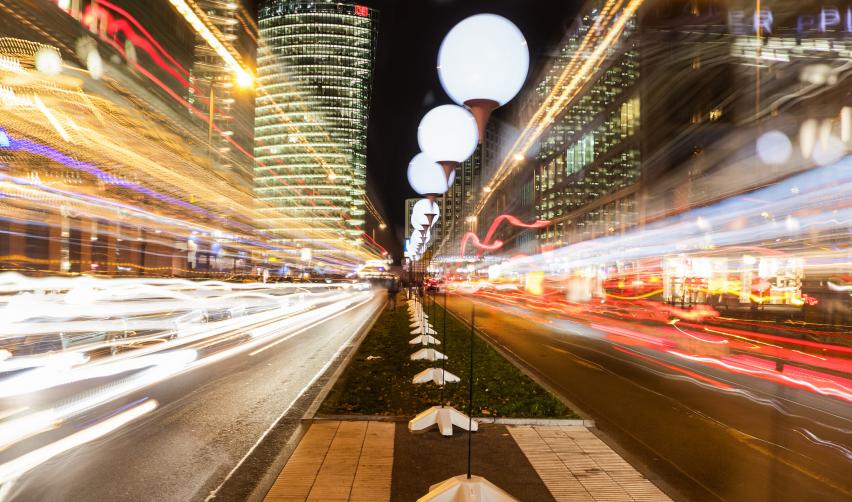 Francesca Artioli, a recent PhD graduate from Sciences Po, talked to us about her dissertation, which concerns the departure of armies from several European cities. Francesca will continue her research into public policy and cities through OxPo, a research partnership between Sciences Po and Oxford established over ten years ago.

Francesca Artioli: Through studying the retrenchment of armed forces in cities and urban policies, I was interested in the restructuring of the nation state as a territorial political system, and in the relations between central and local governments. We know from historians that military policies have structured urban spaces and societies; they have created specific urban forms (garrison cities, port cities, border cities, etc.) that are understood in relation to the existence of an organizing centre – the state – and a bounded territory. My PhD dissertation aimed to understand what has happened to these relations between the state and cities in Europe since the late 1980s, under the effect of changes in both military policies – end of the Cold War, end of conscription – and urban polices (decentralization).

Francesca Artioli: My research involved a comparative study of six French and Italian cities, based on interviews and archival research I conducted in Paris, Metz, Toulon, Rome, Udine and Taranto. I found that the territorial retrenchment of armed forces follows similar patterns in Italy and France, in its relation to policies for the reduction of state deficits. Urban policies in each country are also similar. In this respect, it appeared that there are forms of international convergence at the national and sub-national levels. To give an example, Taranto and Toulon, being port cities, have developed similar projects for waterfront reconversion, inspired by global policy models conceived as “best practices”.

Francesca Artioli: Not exactly. My research showed that there are significant differences in the relations between central and local governments in France and in Italy. In Italy, central policies mainly aim to reduce public expenditure and do not provide incentives for cities, whose financial resources are also very limited. As a result, urban projects are difficult to implement and failures are frequent. In France, however, cities are better off financially and their capacity is strengthened by national policies that still allocate resources to sub-national governments in compensation for defence retrenchment. These differences have substantial consequences for the cities’ future.

Francesca Artioli: Absolutely! What I have demonstrated in the defence sector is not unique. A wide range of policy sectors such as justice, healthcare, education, transportation, etc. are affected by similar processes. Newspapers often report the closure of certain public infrastructure, which elicits protest from local actors concerned about employment shrinkage, brownfield redevelopment and the political issue of maintaining the state’s presence throughout the territory. In addition, reforms designed to reduce state deficits put new constraints on local governments’ resources and expenditure. But, in parallel, the elaboration of local development projects and more flexible policy-making processes have been promoted. The combination of these different trends raises concerns about their impact, in terms of the differentiation of local capacity from one place to another, and of the development of sub-national inequalities.

Francesca Artioli: This programme offers the opportunity to spend a year as a post-doc at Oxford and to benefit from its remarkable research centres and academic community. More precisely, I applied for two reasons. First, I am currently preparing my PhD dissertation for publication. This stay will let me discuss my publication plans with Oxford researchers who are interested in public sector reforms and the study of state through its policies and territories. I hope to develop the theoretical and analytical side of my work with the benefit of Oxford research. Second, I am looking to undertake new research into information and communication technologies (ICTs) and the government of cities. Being at Oxford will help me build my research project by engaging with researchers who work on the linkages between ICTs and government, and on how ICTs restructure practices and institutions in the management and delivery of public services.

Francesca Artioli: To some extent, yes. The term “smart cities” is generally used in reference to an ideal model of urban development, in which ICTs deal with the shrinkage of natural resources and enhance resource management, while ensuring sustained economic development and enabling new forms of political participation for citizens. However, the diffusion of ICTs in cities not only transforms urban ways of living, but also implies that a new group of trans-national operators in the ICT sector are entering into the production of urban fabric and services on a large scale. This movement raises new questions for urban policies. It affects existing governance arrangements, challenges the existing regulation of several policy sectors, and creates new hierarchies and inequalities between both territories and groups. Despite the huge success of this “smart city” model in both the media and politics, the effects of new ICT-related actors and services on “traditional” local policies and politics are as yet little known. This is a question that I will address at Oxford.