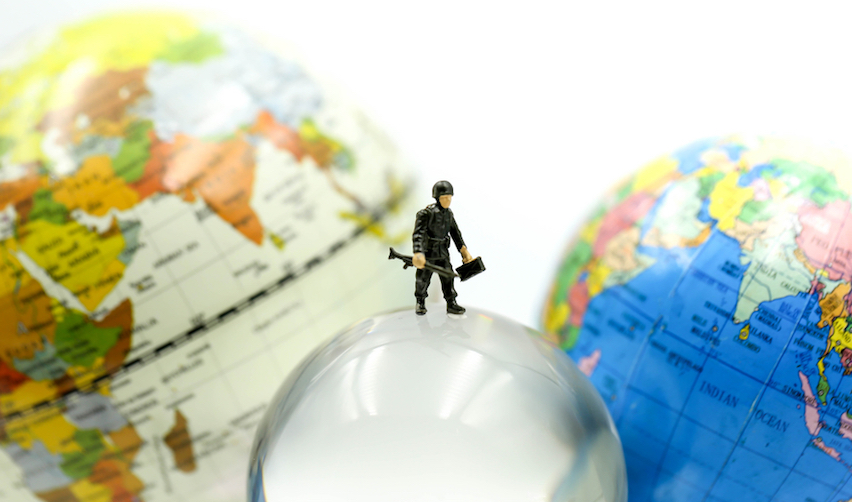 You are co-editing a special issue of the European Review of International Studies with Ariel Colonomos. You both insist on the evolution of the field of the ethics of war over time. What have been the main steps of this evolution?

The roots of the Just War Tradition (JWT) are to be found in the monotheistic religions of Judaism and mostly in Christianity, but the tradition emerged in the fifteenth century and has considerably expanded right up to today. The JWT is primarily concerned with the limitation of violence so that stability between political units can be maintained and individual and collective harm minimised. Within the field of International Relations, the laws of war have been considered substantively (that is, the norms of war per se) and constitutively (the ways in which these norms change and themselves affect behaviour). With the post-Cold War surge of intrastate conflict, on the one hand, and asymmetrical warfare on the other, the field of the laws of war came to be heavily influenced by analytical philosophy and its rational individualist methodology. This ethics of war “theory” (which now coexists with the just war “tradition”) originated in the 1990s. The laws of war have themselves also evolved, as is clearly shown in the debates on humanitarian intervention and responsibility to protect.

Several contributors to this special issue speak about a new shift of war theory in the early 2000s, based on a more individualistic approach to the laws of warfare. What does individualisation mean? Can you provide some examples?

The ethics of war theory has put a strong emphasis on the dilemmas that those who fight contemporary warfare face. This literature has extensively covered the issue of targeted killings and drones. It is individualistic in the sense that it focuses on the responsibility of the particular agent who decides to use force and not on the organization he or she is part of or the state that is waging war.

This individualistic approach is, we consider, mostly ethical; it decontextualises and depoliticises the debate on responsibility, and it ignores the specificity of war as a social environment. As a result, this approach usually frames the question of responsibility as a set of individual moral dilemmas, not as a set of political and/ or collective problems.

You insist that war theory must combine the substantive and the constitutive. You call it a “conjunctive approach”. What does this mean and why is it so important?

The substantive refers to the norms themselves, their value and their validity. In the ethics of war as a field, philosophers discuss the justice or the injustice of decisions related to the use of force, for which they need “good” norms that are coherent, robust and normatively appropriate. We see the difference between the substantive and the constitutive as two different approaches. The task of the social sciences is to interpret and or to explain human and social behaviour. In the field of norms, sociologists, political scientists or specialists of IR analyse why norms emerge and to what extent they have an impact on social behaviour. We argue in favour of a “conjunctive” approach, i.e. one that discusses both normatively and sociologically the laws of war. In order to be good norms (substantively), we need to understand (constitutively) if these norms make sense for those who should abide by them. In other words, these norms need to be plausible. The two—the substantive and the constitutive—are, as we put it, “entangled”.

It is interesting that you insist so much in the special issue that facts are relevant in the explanation of power. Shouldn’t it be obvious to every scholar working on warfare?

We all accept the importance of facts in the explanation of power. However, not everyone accepts the importance of facts for the construction of norms (for example, the analytical and Kantian traditions in ethics, political philosophy and ethics of war theory). In contrast, we argue that norm-construction needs to “factor in” facts and their implications in order for good, effective norms to be shaped (this is what we understand by the term “plausible norms”).

In the special issue, you define plausible norms of warfare as the norms that are socially and morally meaningful for the actors. This idea of sense-making looks very close to the theory of practice developed by scholars like Emanuel Adler. Do you agree?

Yes, we believe that middle-term constructivism as introduced by Emanuel Adler and other authors in the 1990s and in the 2000s has been an important step forward that has contributed greatly to the analysis of norms in IR. Our approach, actually, includes this aspect of constructivism. We also want to prolong this approach, as we consider that constructivism often has an implicit normative dimension. It makes some implicit normative claims, although, explicitly, it focuses on interpreting the behaviour of states and non-state actors and their use of norms and why some norms make sense to them.

We believe it is important to fully come to terms with the normativist aspect of the study of norms; this is why we combine the constitutive and the substantive. Interestingly, in the final chapter of his last book (World Ordering – A Social Theory of Cognitive Evolution, Cambridge University Press, 2019), Adler takes a normative approach.

You assume that your analysis of the plausible norms of warfare is limited to liberal democracies. Could your frame of analysis be adapted to the study of non-democratic regimes?

This is an important question which requires a whole new special issue! Indeed, the laws of war are, historically, western-centric in countries where democracy prevails. However, we see many overlaps with non-western normative traditions, whether in the Middle East and in the Muslim world and in Asia. There are sound reasons to be (mildly) universalist; the rule of self-defence as a just cause, or the rule of distinction between combatants and civilians, “makes sense” in other parts of the world than western democratic states. For example, since it wants to stand as a global superpower and therefore has to develop its own discourse on “global justice” or “global ethics”, China has an interest in the ethics of war, as is clear from some publications by Chinese colleagues. In 2017, Routledge published the first volume on Chinese ethics of war (Ping-Cheun Lo and Sumner B Twiss eds., Chinese Just War Ethics. Origin, Development and Dissent), which brought together Chinese scholars and views with which western scholars are usually not familiar. We therefore think that the same kind of approach that brings together the substantive (normative analysis on the just and the good) and the constitutive (social analysis of sense-making) can also be applied to non-democratic and non-western regimes or political units.

Our final question is about the School of Politics and International Studies (POLIS) you are chairing at the University of Leeds. What are the main research and teaching assets of POLIS?

The School is broad and diverse, straddling, both in its research and teaching, domestic and comparative politics, international relations, and international development studies. There is excellence within all three groups, but more importantly, in the manner in which colleagues from each group are increasingly interacting with each other to understand, explain and/or shape problems addressing them—whether it be global security challenges, sustainable development, gender violence, state responsibility, parliamentary systems, or democratic engagement and citizenship.

At present the School is grouping these interactions with the aim of situating our research and educational excellence nationally and internationally under a “canopy” vision of the “politics of global challenges”. With this vision in mind, global research and learning partnerships with institutions/institutes like Sciences Po/Ceri will be increasingly important and can be practised creatively through the appropriate digital infrastructure.