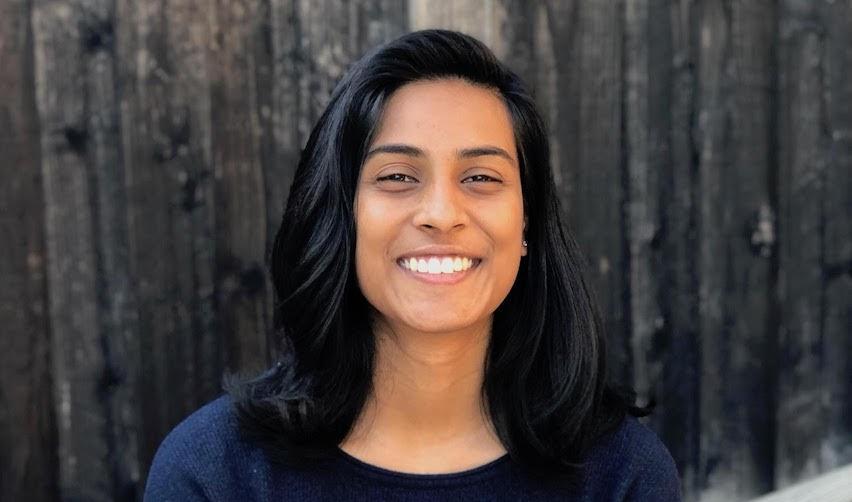 I got on the plane in San Francisco full of enthusiasm and expectations for my Franco-American immersion, but with some anxiety of leaving home for the first time. Chaos ensued the moment my flight touched down in Paris. After tedious hours of packing up my life in San Jose to move to Le Havre, one of my suitcases hadn’t arrived. We spent countless hours on the phone with Air France trying to recover our lost luggage, realizing that we could not expect delivery on weekends or after 2pm due to labor laws. A week later, we finally got instructions to drive out to a warehouse to pick up the bag. The whole time I had compared the service to what I experienced back home, but losing my luggage gave me an interesting outlook on what this did mean for worker protections and rights. And thus began my transatlantic educational adventure.

Before I set foot in Le Havre, my motivation to study in a Franco-American program was shaped by my passion for policy. France and America were born in the same Age of Revolution and were among the first republics, but have since evolved and diverged. As a student of political science, I want to broaden my perspective and analyze current issues through a Franco-American lens. My first year of study at Sciences Po exceeded my expectations of what I could learn from this program, both in and out of the classroom. After the luggage debacle, I was introduced to French bureaucracy. Luckily, my new French friends helped me a lot with housing and bank services. Initially, my friends and I had difficulties in expressing ourselves over a language barrier. But the Beatles, Avengers, viennoiseries, and the fear of starting a new life alone brought us closer together. And as students of politics we held a shared interest in social justice and discussing current events. Over raclette one night, I asked them about my luggage issue. They told me that this was normal and were shocked at the way I described the parallel process in the US that was more oriented to the customer. Their explanation for the worker-oriented culture gave me a new perspective and understanding.

When I committed to studying in a Franco-American program, I knew that I would inevitably experience some culture shocks, and thought I could prepare for them. But the biggest form of education was truly in experiencing the transition first hand. All my life I thought I would study in an American university, where the emphasis was more on an interdisciplinary liberal arts education. US universities also largely acted in loco parentis by providing many of the resources and facilities at high costs. Upon moving to France, on the other hand, I was immediately thrown into the deep end of the pool. I had to quickly learn to set up my own apartment, budget, buy groceries, cook healthy meals, and pay for rent and utilities. My curriculum was not limited to learning in the classroom, it encompassed an unexpected education of independence that I have come to deeply appreciate.

Outside of the classroom, I am a student of history. On the streets of Paris and Le Havre, I have observed the Gilets Jaunes protests and had the opportunity to participate in the Climate Movement along with my fellow students. Being able to take part in the French social culture of civic engagement, protests, and strikes have opened my eyes to how politics functions in a very politically engaged country. This has also widened my viewpoint on the shifting politics in America in regards to political participation, and taught me ways to stir more interest in current issues in my home community.

Sciences Po’s Civic Learning Program bolsters this bridge in my life. My internship in helping provide legal aid to underserved communities gives me the opportunity to work on one issue I am passionate about with two different methodologies in San Jose and in Le Havre. The opportunity bolsters the different perspectives in the cultural and political approach to the legal process.

The comparison of governance style harkens back to the birth of the French and American republics, something we spent a lot of time learning about in my Sciences Po history class. And as I walk around Le Havre, Auguste Perret’s UNESCO distinguished concrete structures remind me of the Franco-American alliance in World War II, as well. The similarities in their birth and continuation underpin the lecture readings and seminar discussions on topics of sociology, philosophy, and politics from French and American authors, like Durkheim and Skocpol.

And it is this variety of perspective that makes the academic aspect of my Franco-American education so riveting. As an American, I grew up referring to and experiencing one constitutional model. Through my Political Institutions and Constitutional Law class, I had the opportunity of delving deeper into the constitutional history of France and expanding my understanding of Constitutional Law through five different lenses of the five French republics. This unique model helps me compare and contrast the legacies of the constitutions of the two nations and infer the benefits and vulnerabilities.

Starting with orientation, almost every student on campus has asked me where I am from. It is a common question given the vast diversity of the student body, but is a perplexing one nevertheless. In the US, when asked that question, people were typically wondering about my Indian origins which are very much visible on my body. I usually responded with “San Jose,” to underscore to the person asking that I was in fact born in the US, but clarified that I was Indian-American. Here in a country that is neither US nor India, I was again challenged with this question of self-identification. Many of my French friends were curious about why I hyphenated my ethnic and national identities. In the US, this was typical for me, almost everyone I knew hyphenated their identity. But in France, this was different.

Through discussions on the political theory of identity in my Political Science class, a survey project on diaspora and identity in my Sociology class, and especially outside of the classroom in discussions during International Dinners, I realized that despite France and America both being Western cultures, they differed in what it means to be French or American. While there is a traditional liberal approach of universalism in France, America retained a more particularistic approach when it comes to diasporic communities. Upon learning about both perspectives, I formed a new Franco-American perspective that challenged my preconceived notions of what it means to be an American that hyphenates their identity, and what it means in contexts where I choose not to. I could pick up a textbook about French culture and the French system and read all about it sitting at a desk in the US. But I believe that the most impactful education happens through immersion and experiences. Having conversations with my French professors about voting practices and patterns, and discussions with my French peers about the hip hop culture in our two countries, is invaluable. Although my motivation to study in the Franco-American program was primarily academic having experienced the program for a year, I realized that I had gained so much more. I have acquired life skills, new lenses to look at things, and an appreciation to explore beyond the surface.