Redefining Humanity Through its Heritage. Interview with Mathilde Leloup

Mathilde Leloup is Oxpo post-doctoral Fellow at the Department of Politics and International Relations (DPIR ) of the University of Oxford and research associate to the CERI/Sciences Po. Since 2018, she is co-organiser of the GRAM (Research Group on Multilateral Action) research seminar with Guillaume Devin and Sarah Tanke. Her PhD thesis, entitled “Redefining Humanity Through its Heritage: The Incorporation of Cultural Protection into Peacekeeping Mandates” was awarded the Dalloz Price this Autumn 2020. Mathilde answers our questions about her research, past and present.

Your PhD dissertation is entitled “Redefining Humanity Through Its Heritage. The Incorporation of Cultural Protection into Peacekeeping Mandates”. What is the thesis of this research work?

In June 2012, northern Mali was occupied by Ansar Dine, the terrorist group that destroyed the mausoleums and manuscripts of Timbuktu classified on the UNESCO World Heritage List. In reaction to this event, the UN Security Council adopted Resolution 2100 on 25 April 2013, calling on the new UN peace operation launched in Mali (United Nations Multidimensional Integrated Stabilization Mission in Mali (MINUSMA) to “assist the transitional authorities of Mali, as necessary and feasible, in protecting from attack the cultural and historical sites in Mali, in collaboration with UNESCO”. In 2015, the classified sites of Mosul, Hatra (Iraq), and Palmyra (Syria) were in turn subject to destruction by the so-called Islamic State. The example of the MINUSMA then became the heart of a fervent plea by UNESCO for the systematisation of the protection of immovable cultural heritage (i.e. monuments and archaeological sites) by United Nations peace operations.

The thesis of this PhD research is the following: if the example of the protection of cultural heritage by the MINUSMA has gone from the status of an isolated event to that of an international symbol, it is because it embodies humanity, a notion that is as complex as it is appealing to international organisations. Humanity is traditionally understood in law on the basis of what threatens it—its enemies—and of what it possesses—a common heritage. Thus the fact that the MINUSMA intervened following the attacks perpetrated by a terrorist group against the humanity’s World Heritage in Mali in 2012 seems to make it an ideal example of the defence of this humanity. In order to give shape to this agonistic narrative scheme, certain actors (UNESCO, its Director General, and some of its member states) proceeded in three stages: a first stage criminalising those guilty of attacks on cultural heritage (terrorist groups), a second stage recognising the victimisation of the populations suffering from the destruction of heritage sites (local communities), and a final stage heroising the defenders of humanity’s heritage (UNESCO and its allies). 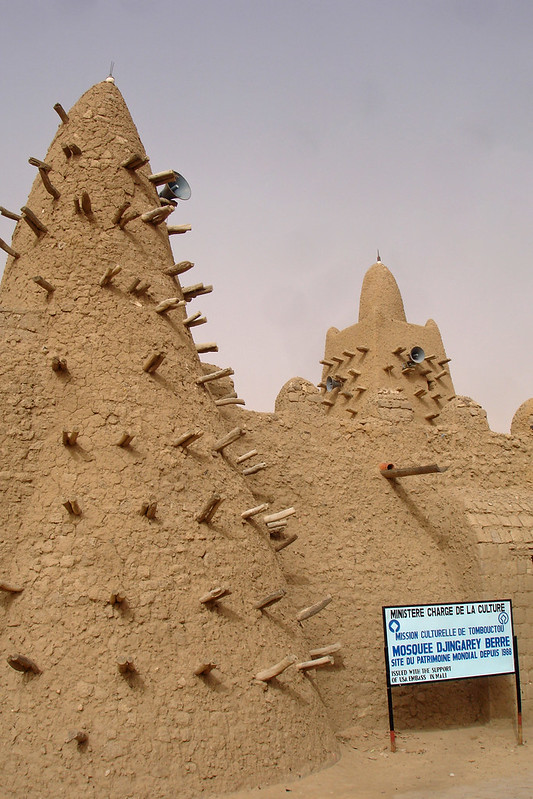 This threefold process reveals an instrumentalisation of the notion of humanity for political purposes by the defenders of systematic protection of cultural heritage by peace operations, allowing them to reposition themselves in the “hierarchy of multilateralism” while paradoxically covering all their actions with the “enchanted veil of apolitism” described by Jacques Lagroye.4 It thus allowed UNESCO, which had suffered since its creation in 1945 from a lack of operational mandate, to be recognised as a “humanitarian actor” (in the same way as the UNDP or UNICEF) at the World Humanitarian Summit in Istanbul in 2016. It also gave its Director General Irina Bokova the opportunity to appear as a credible candidate to succeed Ban Ki Moon as UN Secretary General during her 2016 campaign. Finally, it facilitated the obtaining of a non-permanent seat on the Security Council for certain states such as Italy.

My PhD was co-supervised by Professors Frédéric Ramel (Sciences Po/CERI) and Dacia Viejo-Rose (University of Cambridge/McDonald Institute). The defence took place on 29 November 2019 before a jury composed of Franck Petiteville, Frédéric Ramel, Bob Reinalda, Valérie Rosoux, Andy Smith, and Dacia Viejo-Rose. It has also been the subject of several publications, including the article “Heritage Protection as Stabilization: The Emergence of a New ‘Mandated Task’ for UN Blue Helmet” published in the journal International Peacekeeping in March 2019. Following the awarding of the Éditions Dalloz prize, this thesis will be published in French in the spring of 2021 by Dalloz under the title Défendre l’humanité en protégeant son patrimoine, un nouveau mandat pour les opérations de paix onusiennes (Defending Humanity by Protecting Its Heritage, a New Mandate for UN Peace Operations).

Did you explore any particular field in the course of this work?

This PhD work is based on three types of sources: participant observation in international organisations, semi-directive interviews, and archival analysis. I conducted participant observation in the UNESCO Secretariat in Paris, as an intern in the Department of Public Information (DPI) and then as a consultant in the Office of the Director-General (ODG), for seven months. I then continued this observation for three months as an intern in the Civil Affairs Team of the Policy, Evaluation and Training (PET) Division of the UN Department of Peacekeeping Operations in New York. I supplemented these two periods of observation with 80 semi-directive interviews with UNESCO and UN officials, both within the secretariats and in the field (notably in Mali, Iraq, and Syria), but also with members of other organisations such as NATO and some national armies (notably French and American). I also conducted an analysis of the archival holdings of the UN and UNESCO in order to document the existence of peace operations prior to MINUSMA, which had previously taken into account the protection of cultural sites (in Kosovo, for example).

What are your current research interests?

I am currently conducting new research as part of a postdoctoral fellowship in the Department of Politics and International Relations (DPIR) at the University of Oxford entitled “The Symbolic Significance of Cultural Heritage, a Major Challenge in Military Strategic Communication”. This research is supervised by Richard Caplan (University of Oxford/DPIR).

Between 2012 and 2015, the systematic destruction of cultural heritage became an integral part of the “strategic communication” of certain terrorist groups, whether Ansar Dine in Mali or the Islamic State in Iraq and Syria. In response to this new strategy, many regular armies forming the contingents of uni- or multilateral operations (under NATO or UN command) have launched initiatives to protect cultural property, which are also disseminated through their strategic communications.

In this context, my research aims to answer the following questions: why does cultural heritage become an essential component of belligerents' strategic communication in the context of asymmetric warfare? Under what conditions can the symbolic value of cultural heritage represent a strategic asset for military institutions?

My hypothesis is that the role of cultural heritage in conflict situations is often reduced to that of an apolitical target, whether it is the victim of “collateral damage” in the case of regular armies or “intentional destruction” in the case of terrorist groups. In reality, however, it is a political tool for delegitimising the adversary and legitimising oneself in a logic of “othering”: for some, through actions of protection and for others, through actions of destruction. At a time of “hybrid wars” combining characteristics peculiar to conventional warfare, asymmetric warfare, and cyber-warfare, this instrumentalisation of cultural sites is all the more significant because of their extremely powerful symbolic dimension. In other words, my research aims to consider the relationship between military institutions and the cultural dimension of their theatres of operations as a strategic, operational, and tactical issue. 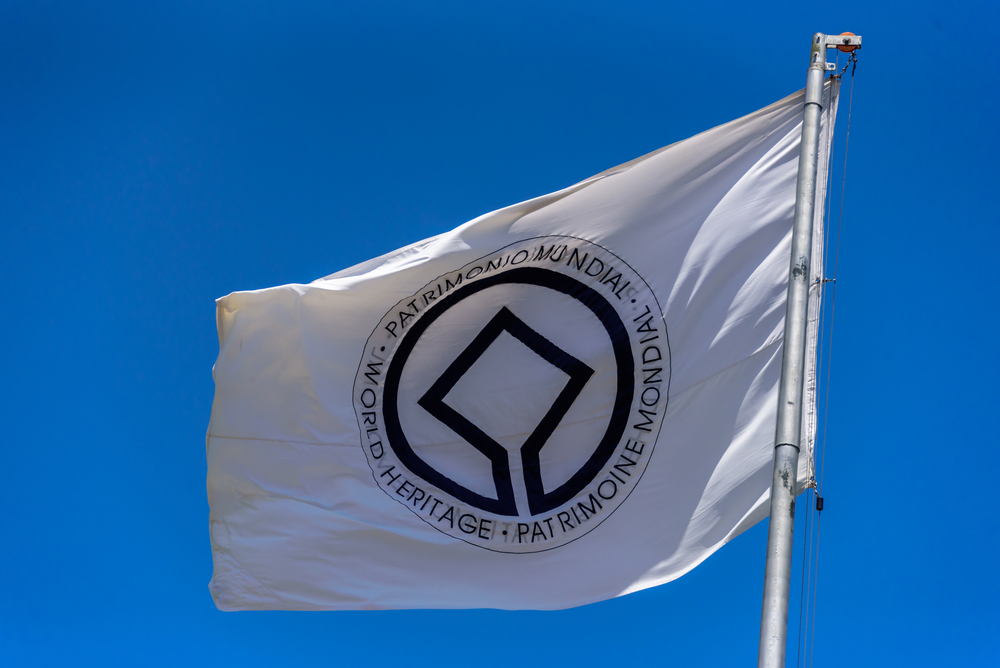 You are currently a research associate with the CERI. Do you have specific projects in the framework of this association?

For the past two years, I have been co-organising the monthly seminar of the Groupe de Recherche sur l'Action Multilatérale (GRAM) at CERI with Guillaume Devin and Sarah Tanke. This transdisciplinary seminar is rooted in a socio-historical perspective and aims to present on the contemporary challenges of multilateralism, for example the environment, globalisation, or transnationalisation. It also aims to foster debate between academics and practitioners from international organisations, embassies, and NGOs. In February 2020, GRAM became a Research Grouping (GDR) and I was entrusted with the coordination of the project “Observatory of Multilateralism”, which will aim to monitor the issues dealt with by international organisations (particularly the environment, culture, etc.) starting next spring. I will be piloting the “cultural multilateralism” axis, which will propose a monitoring of cultural issues in international organisations, whether for example the protection of cultural heritage against destruction and illicit trafficking in emergency situations, or the contribution of cultural industries to sustainable development goals (SDG).