Exposure to toxic environments is an important subject for social analysis because it is socially stratified and has important social consequences—consequences that themselves depend on children’s social environments. In this seminar, the author will discuss a theoretical model of toxic inequality over the life course and the results of three studies in Chicago. The first study examines the neighborhood racial and class stratification of lead poisoning. The second study examines individual differences in the exposure of young children to lead and its consequences for later adolescent health and delinquency in a prospective, 18-year longitudinal design. The third study, based on tax records over two generations and long-term census information on birth cohorts from the 1980s, shows how growing up in neighborhoods with concentrated violence, incarceration, and lead exposure predicts lower intergenerational income mobility and higher adult incarceration of poor black males, after accounting for commonly studied factors such as concentrated poverty and education. Although similar patterns emerge for the income mobility of poor white children, harsh and toxic environments are more racially segregated than poverty—the vast majority of black neighborhoods are more exposed to hazards than any white neighborhood. The results suggest that reducing violence, reforming criminal justice, and maintaining environmental health make for social mobility policy, with the potential to reduce racial disparities in intergenerational inequality. 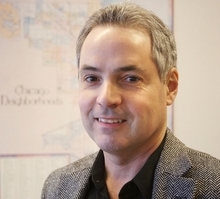 Professor Sampson's research and teaching cover a variety of areas including crime, disorder, the life course, neighborhood effects, civic engagement, inequality, "ecometrics," and the social structure of the city.

Compulsory Registration - For the external people to Sciences Po: You will have to arrive 10 minutes before the beginning of the seminar and to provide you with your identity papers